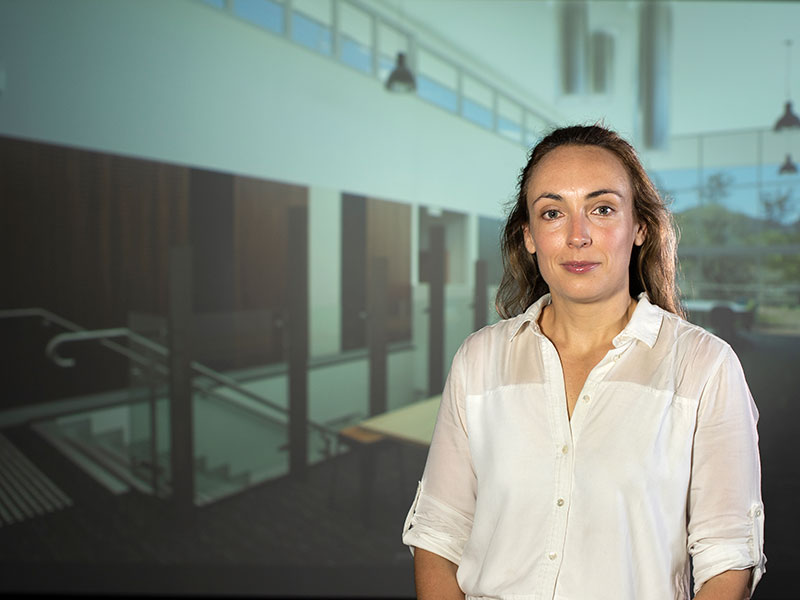 She adopts statistical and epidemiological methods to answer comparative effectiveness questions using observational data and randomised trials when available. Madeleine applies these methods primarily to a variety of neurological disorders associated with an increased risk of cognitive decline, dementia, and psychiatric disorders, such as stroke and multiple sclerosis. She is also an academic evaluator in the Newcastle Evaluation Group, providing external evaluations of industry submissions to the Pharmaceutical Benefits Advisory Committee.

Madeleine is committed to improving the way the cognitive sequelae of neurological disorders are treated and prevented in Australia. From preclinical research to informing health policy, the impact of Madeleine’s work is two-fold: contributing to a better understanding of neurological disorders, and ensuring safe, effective medications are accessible to the public.

In her role as an external academic evaluator for the Pharmaceutical Benefits Scheme, Madeleine provides expert clinical and economic advice to the federal government to inform decisions about which new medicines should be subsidised for the Australian public, to make them more accessible.

Since 2015, Madeleine’s work has helped deliver subsidised pharmaceuticals for thousands of patients annually.

“We evaluate the effectiveness, safety, and cost-effectiveness of new pharmaceutical listings. This is applied research that directly informs health policy and clinical practice, and impacts upon public access to medicines.”

After completing a Master of Clinical Epidemiology in 2018, Madeleine is now combining her background in neurobiology, obtained during her PhD, with novel epidemiological research techniques, to better understand the cognitive and psychological outcomes associated with neurological disorders.

“I’m particularly interested in stroke and multiple sclerosis — both neurological disorders where the cognitive and psychological impacts have tended to be a bit neglected in clinical practice.”

“My research focuses on how factors such as stress and prescribed drugs can modify cognitive outcomes such as learning problems and dementia, using causal inference techniques applied to observational data, and evidence synthesis of randomised trials.”

Madeleine’s current projects all have a central focus on the role of the neuro-immune system to alter neurological conditions. Recently, she was part of a team awarded a grant by the National Health and Medical Research Council (NHMRC) looking at the effect of prescribed drugs taken after stroke on the risk of developing dementia or cognitive impairment.

“In the first of many projects, we’re looking at drugs that might shut off the brain’s innate repair cells (called microglia) after stroke, and thereby increase the risk of cognitive decline. The long-term neurocognitive effects of drugs are hard to elucidate — we can’t see them in short-term clinical trials. I’m hoping to use causal inference methods to analyse observational datasets and investigate the potential long-term effects of these drugs.”

“The hypothesis for this study arose from a series of animal studies. We’re taking a novel approach to analysing epidemiological data, using the Swedish national health registers, to translate the work relatively rapidly from animal to human studies.”

Another focus for Madeleine’s research surrounds the comparative effectiveness of disease-modifying therapies (DMTs) in connection with multiple sclerosis. Although this has been studied previously, she is hoping to investigate a different set of outcomes — lesions as seen on MRI and cognition.

“DMTs have mainly been evaluated for their effects on relapses and disability progression. These drugs act on the immune system — and multiple sclerosis is one of the only neurological diseases to have so many treatment options. We’re interested to see whether we can use this information to generate hypotheses in reverse about cognition in neurological disorders, based on the mechanisms of these drugs.”

Looking to the future

Madeleine’s work is attracting well-deserved attention. She has secured $7.4 million in research funding, received a University of Newcastle Faculty of Health and Medicine award for best new project in 2021 and, in 2018, was selected to participate in the faculty-facilitated ThinkWell Early and Mid-Career Women’s Development Program. This program provides support for emerging researchers, helping them progress in their field.

For Madeleine, the idea of ‘making a mark’ means building on preclinical research to help in the translation of novel prevention strategies and treatments for mental and neurological disorders and delivering them into the hands of the public.

“We are still early in our understanding of the brain and disorders of the central nervous system. I’d love to see what we know about how the brain works in another 100 years!”

Dr Madeleine Hinwood is a research academic in the School of Medicine and Public Health with the University of Newcastle. In this role, Madeleine provides external evaluation of submissions to the Pharmaceutical Benefits Advisory Committee, examining the effectiveness, safety, and cost-effectiveness of new pharmaceuticals for the Pharmaceutical Benefits Scheme. Her work directly informs health policy and clinical practice, helping to ensure drugs are safe, effective and accessible for the public. A promising early-career researcher, Madeleine is also involved in multiple traditional research projects that build on her early work as a preclinical neuroscientist, helping translate preclinical and early-phase neurological research into clinical approaches using epidemiological techniques.

Madeleine’s curiosity for how the brain works began during her undergraduate years studying psychology, where she focused on neurobiology. In 2013, Madeleine completed her PhD in neuroscience at the University of Newcastle, supported by an Australian Postgraduate Award. Her PhD research focused on the relationship between central immune system activation, stress and mood disorder. Madeleine investigated neuroadaptations in response to chronic stress, examining how neurons and immune cells (microglia) in the brain change when exposed to chronic stress, and then targeted these adaptations with translational compounds, including medicines commonly used to treat infections or mood disorder.

Chronic stress is a known precursor to many disorders, such as depression, anxiety, and cardiovascular disease. By examining how chronic stress changes the brain, Madeleine’s PhD work highlighted how stress-related neurological changes may be associated with depression. The project also measured how antidepressants and other compounds affected these processes.

Before stepping into her current role with the University, Madeleine spent three years working in public health and health planning for a federal government program, running projects in health planning, epidemiology, and mental health. Her love for applied research, especially clinical studies, brought her back to the University in 2015 as a research academic, where she also completed a Master of Clinical Epidemiology in 2017.

Using a national level multi-registry analysis to determine whether prescribed anti-platelet therapies post-stroke can modify the risk of cognitive decline or dementia$446,302

Research Funding for Treatment of alcohol dependence with an mTOR inhibitor (TAMI) Study$28,554