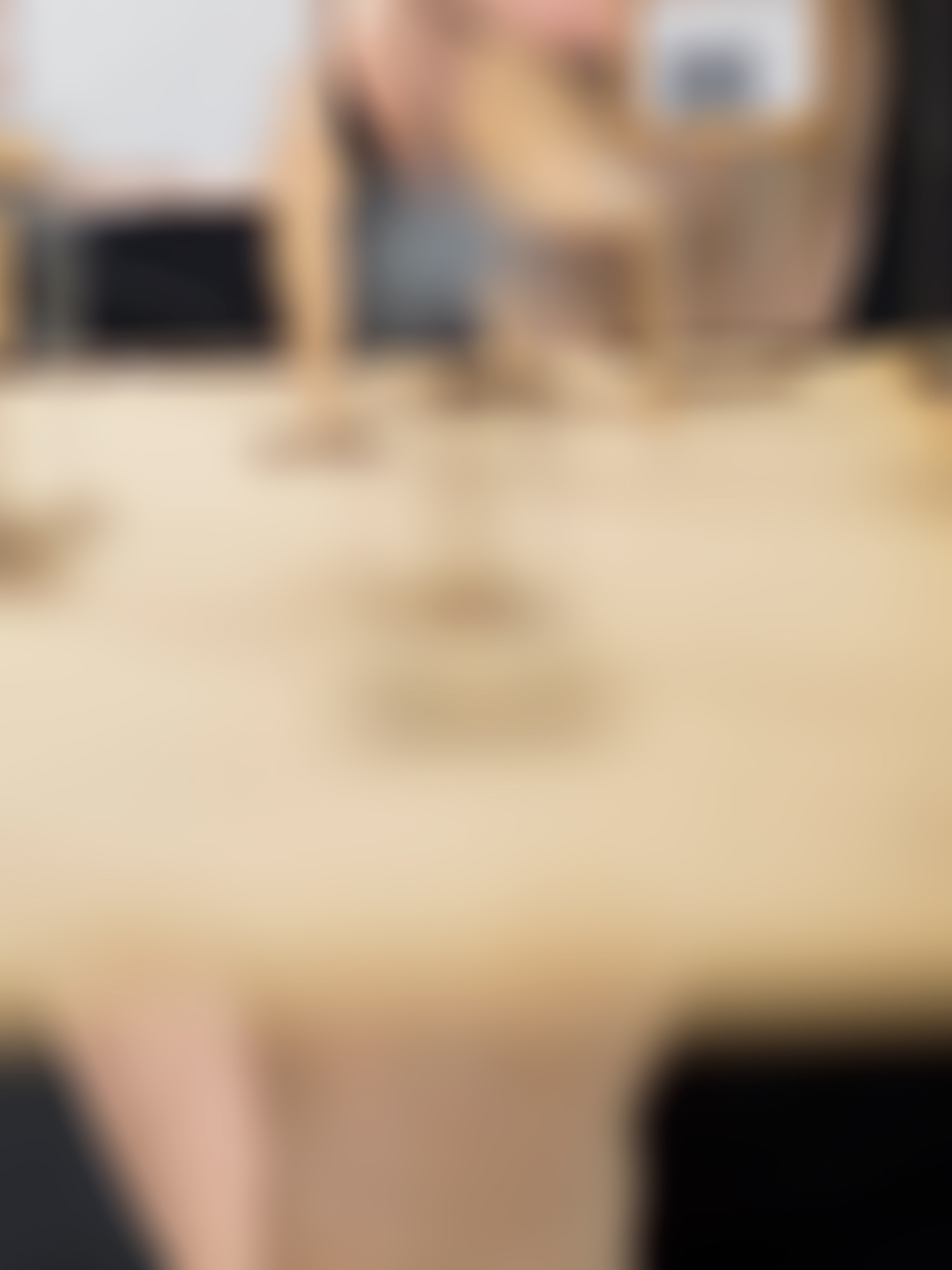 Handcrafting the future of animation techniques

Ms Jane Shadbolt is a designer and animator who uses traditional animation techniques while making the most of today’s technology to explore practicalities for – and effects on – stop-motion animation. 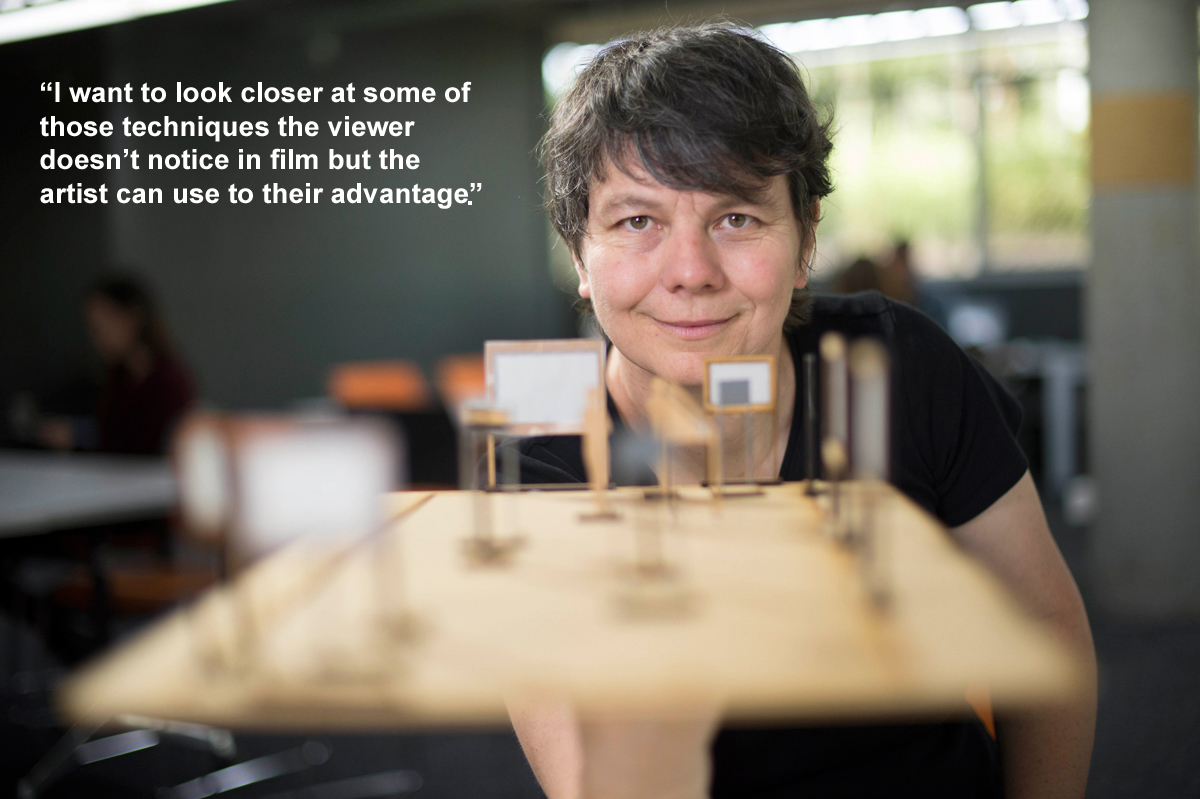 In 1927 German cinematographer Eugen Schüfftan refined and popularised a special effects technique, now known as the Schüfftan process. Similarly to modern day green screen, the effect was used as a set extension – a way of combining live action actors into miniature sets using mirrors and actual objects. Today, Jane is using this process to look deeper into what type of effects these old techniques create.

Jane, who is a lecturer in the School of Creative Industries at the University of Newcastle, will complete her PhD in 2017, which is titled, The impossible qualities of illusionary spaces: stop-motion animation, visual effects and metalepsis.

“There is a whole school of thought that talks about frames and spaces in-between frames, and I am talking about the space inside frames and in-between layers, and how we are sort of fooled and not fooled by special effects all at the same time,” Jane said.

“My research is very visually based: how does a look contribute to your understanding of what’s going on? How does the look contribute to the story? And it does. It’s a very wordless narrative. It’s something that the viewer isn’t necessarily aware of; they don’t notice it and they are not supposed to. I want to look closer at some of those techniques the viewer doesn’t notice in film but the artist can use to their advantage.”

Jane’s PhD is realised through an art installation recreating a modern Schüfftan process.

“The installation is a great big room full of mirrors with animations projected into them and you are the camera. You line yourself up and see five shots – so it’s a kind of abstract five-shot film about animation composited together by all these two sided mirrors,” she explained.

In the future it is hoped film practitioners and researchers could use Jane’s work to look deeper into what type of effect these techniques create.

“My area is stop-motion animation and I have often wondered why stop motion animation is so creepy and what makes it so creepy? How these mismatched things all fit together and why they are so right and so wrong all at the same time,” she said.

Jane’s work in stop-motion animation is indeed creepy, but also so right – winning Australian Production Designer Guild Awards and being screened at numerous international festivals. Her award-winning 2011 short animation film, The Cartographer, uses puppets and stop-motion animation to tell the story of a girl adrift in a storm in a sea of letters, and features Australian film star Joel Edgerton as the voice of the Envoy.

“I am really into how technology can enable handmade things. So all my puppet work is handmade and a bit kooky, but the thing that underpins it and makes it all possible is digital technology,” Jane said.

Jane also brings her focus on traditional techniques and modern filmmaking to her classroom, where she teaches animation design to students who aren’t necessarily illustrators.

“My students come with any type of skill at all and we can work out an animation that suits them. They choose the type of animation that works for them – they can use cut out bits of paper or draw or make puppets, and I can show them how to use technology to enable their handmade creations,” she said.

Her 2015 project with her class, in which each student animated a number of frames for a music video, was a huge success in and out of the class. Their remake of the Taylor Swift Shake it Off video garnered 1.3 million views on YouTube before being removed by Taylor Swift’s record company.

Following the success of the Taylor Swift animation, Daniel Johns accepted the offer to film a video for his song: Going on 16, which competition entrants could animate as part of the 2015 Newcastle International Animation Festival. The music video, which compiles 43 individually animated segments, has over 173,000 views on YouTube and Facebook as well as featuring on Rage.

“These projects have students look at frames, which is something students don’t do anymore with digital film,” Jane said.

“There is a lot of value in the old techniques and what they can bring.”

Jane is also the organiser of the annual Newcastle International Animation Festival, which she originally brought from Melbourne to Newcastle in 2015.

“It’s so important to bring international events to Newcastle. It’s important for my students to see all types of animation. I don’t think I would I have had the results from my class that I did last year if I hadn’t been showing them contemporary, independent animation and saying: ‘You can do this. There are other types of animation besides Disney or Pixar, which seem completely out of reach, here are some other creative ideas that you can do yourself,” she said.

Handcrafting the future of animation techniques

Ms Jane Shadbolt is a designer and animator who uses traditional animation techniques while making the most of today’s technology.

Jane Shadbolt is a designer and animator. She is the director of the short stop motion animation The Cartographer, winner of two awards at the Australian Production Designer Guild Awards, which has screened at numerous international festivals. She has worked as a freelancer on feature and short films. She joined the Design department at the University of Newcastle in 2008.

Research Expertise
My research investigates the relationship between stop motion animation and special effects in live action cinema. It looks at ideas of illusion and the visual representation of the impossible through theory and practice. 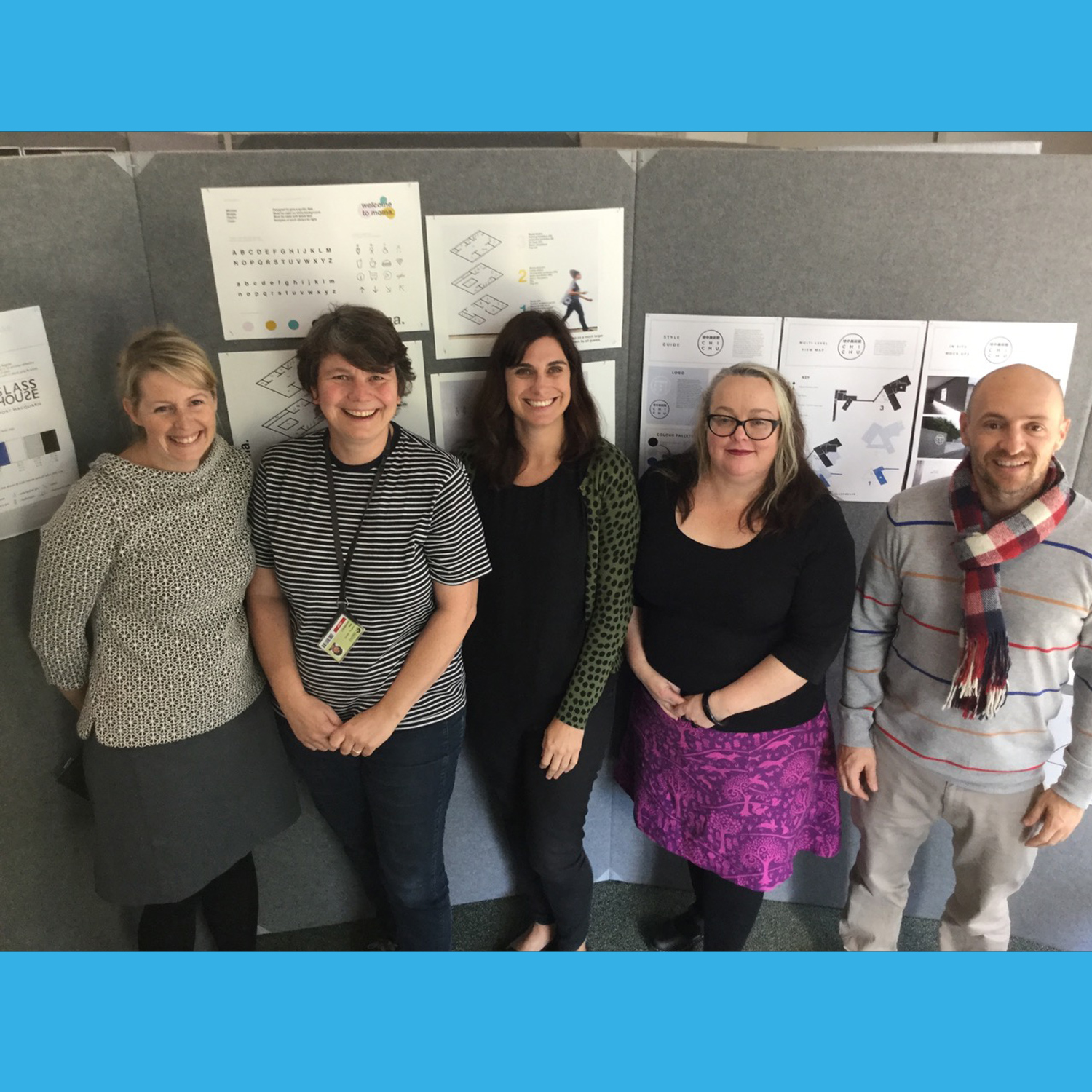 A Humanities Startup Workshop has assisted in the creation of a design service and research studio within the School of Creative Industries.

FEDUA researchers from the School of Education and the nascent School of Creative Industries who have been awarded competitive Federal Government funding.

A Humanities Startup Workshop has assisted in the creation of a design service and research studio within the School of Creative Industries.

FEDUA researchers from the School of Education and the nascent School of Creative Industries who have been awarded competitive Federal Government funding.