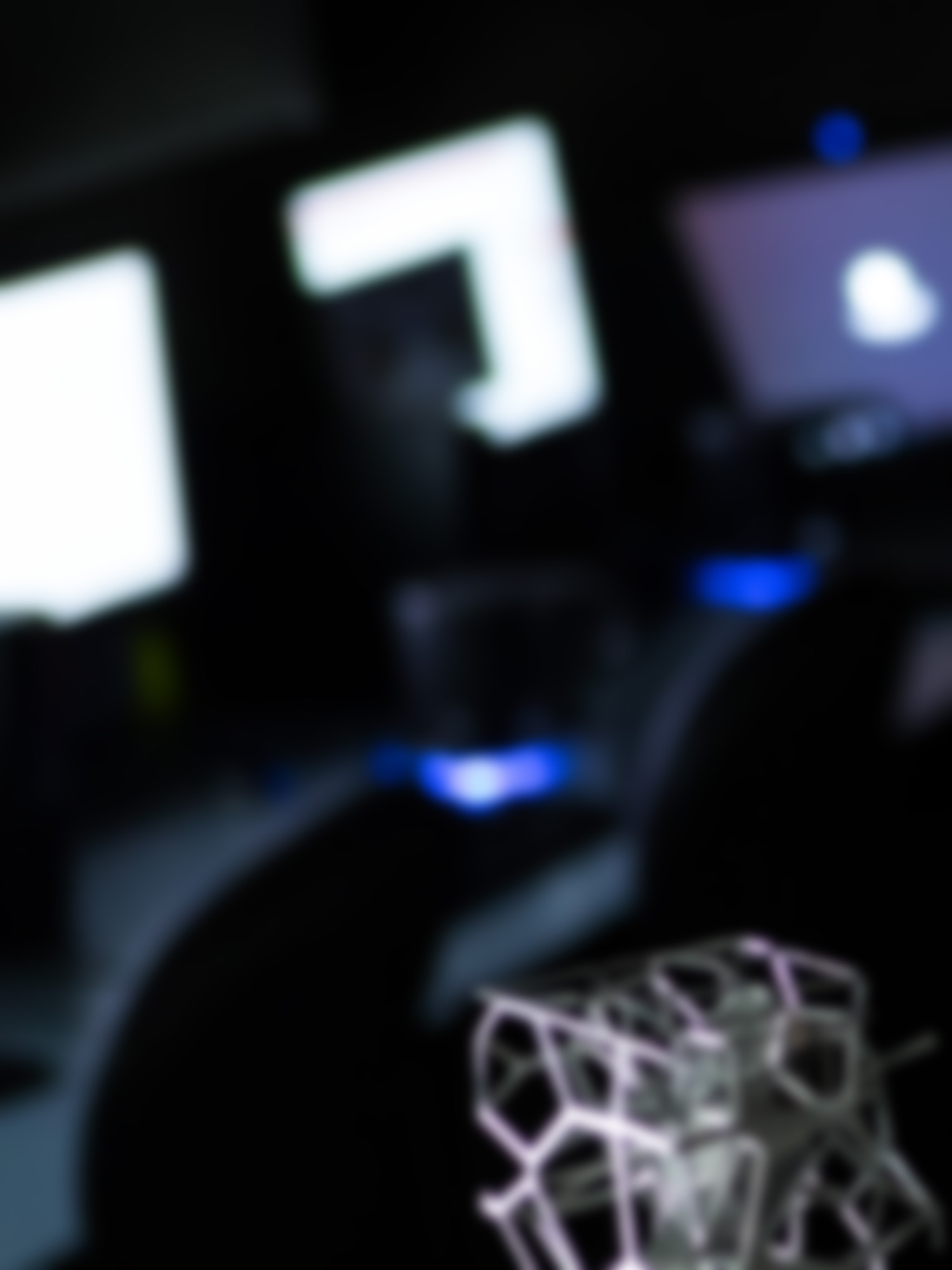 Ethics and the architecture of objects

Dr Warren A. Reilly, Senior Practitioner Fellow in the Faculty of Engineering and Built Environment, is a fearless innovator, and an unexpected beacon illuminating the intersection of equity, sustainability, creativity and form. 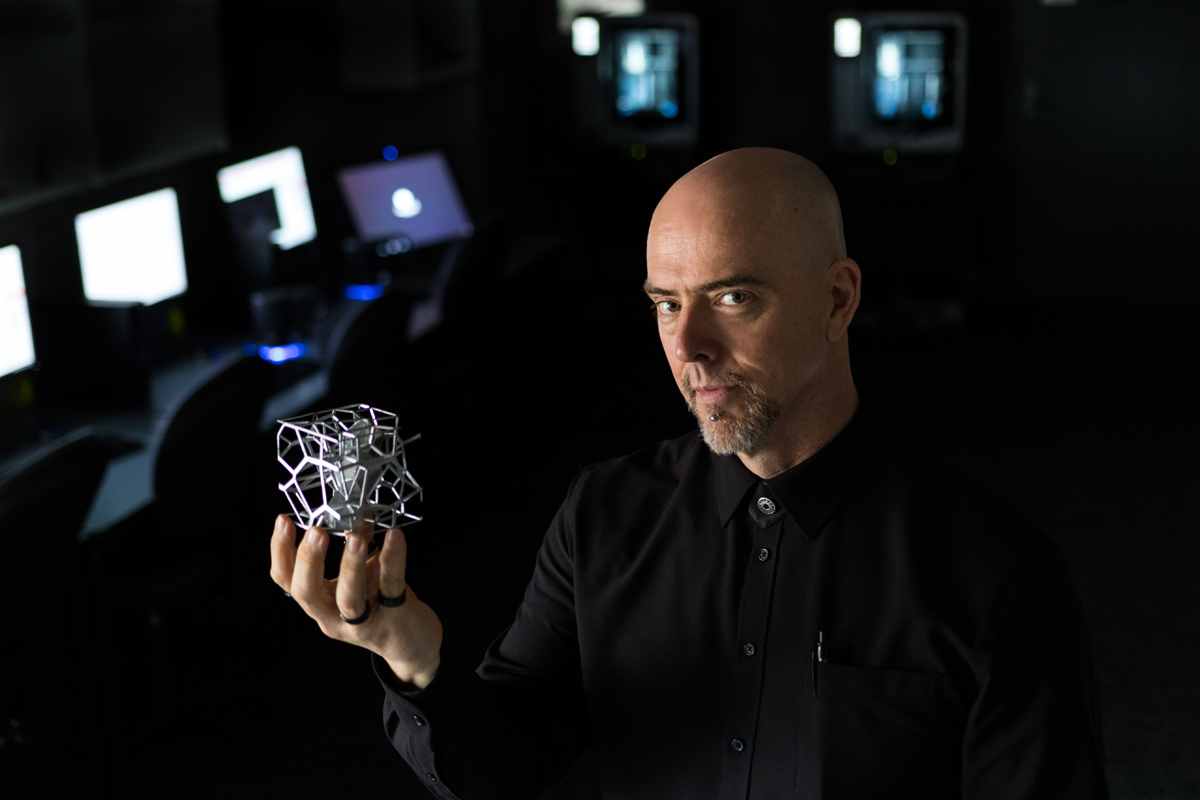 Before he began teaching at UON in 2010, Warren was involved in the private product design sector for more than twenty years.

He brings to his teaching role technical skill honed by designing and project managing the construction of everything from naval vessels, to medical implants, trains, and primate enclosures.

Through the synthesis of his extensive industry experience in managing people, projects and technology to the tune of more than two billion dollars, Warren has developed firm opinions about the ethics and future of design, and the skills necessary for the new generation of designers.

And he doesn’t pull any punches.

“Product design worldwide is no longer about pumping out plastic products that endanger sea turtles, increasingly it’s more about what should we make as opposed to what can we make.”

As the program convener for Industrial Design, inside the School of Architecture and the Built Environment, Warren is in just the right place to be influencing the future of the design sector.

A deep practice background and late entry to academia have lead Warren to focus his efforts at UON on preparing its design graduates for life beyond academia.

But despite the course name, Warren isn’t making industrial designers so much as problem solvers, collaborators, translators, negotiators, innovators, and agents of social change.

And his innovative approach to education has been recognised by his students, colleagues and the University.

These awards were followed the next year, 2016, by the Faculty of Engineering and Built Environment Award for Collaboration and Innovation.

From conceptual rendering to internal form studies, reverse engineering to rapid prototyping, Warren has a massive bank of practical skills to impart.

But he believes that the success of any collaborative project is also dependent on the designer’s ability to absorb, validate and synthesize sometimes wildly disparate needs.

An example would be his role with the recent Taronga Zoo Chimpanzee enclosure upgrades. “The engineer and the primate handler would have a very different idea of how a chimp enclosure should look and function, and probably use very different language to communicate that,” Warren says.

It is here the designer takes the role of translator and negotiator to ensure aesthetics, safety, reliability, functionality and affordability are all communicated and addressed.

Technical skill informs another form of translation as the designer utilizes traditional and digital means to translate ideation to prototype through the creation of an unambiguous, tangible object reflecting the needs of the team.

Students are taught skills all the way through to manufacturing and commercialisation, to increase their effectiveness within project teams or as solo operators.

Innovation is an integral part of his practice, inspiring Warren to multidisciplinary collaboration. “Innovation is what happens when very different skill sets bump into each other and new eyes notice possibilities that have been undiscovered or discounted,” Warren says.

His talent at adapting Design Thinking methodologies to redress challenges has seen Warren become sought after at the University of Newcastle as a problem solver and content leader, developing new programs within his school and in partnership with others.

He was directly involved in the development of UON’s new Master of BioInnovation and Design, and is looking forward to evolving the relationship between his area and the revamped Creative Industries at UON.

Warren stresses that technical skill and Design Thinking is something you can learn regardless of your academic leanings and aims to make his courses available to everyone on campus.

“So, if you are in Business and Law or in nursing and you want to find out how designers think and what designers do, come over and have a design experience,” he says.

Health professionals are one group that Warren actively seeks out to work with his students.

Stroke recovery, architectural concessions for users with Autism Spectrum Disorder, and improving access for the vision impaired are topics Warren encourages his students to problem solve.

Teaching subjects such as Design for Innovation, and leading students through their Industrial Design Professional Projects, Warren isn’t interested in the constant reinvention of the wheel.

Not when there are real issues that need solutions.

Warren also teaches Sustainability in Design, advocates for the local economy and preferencing products that facilitate the replacement of separate components as opposed to those that wear makes prematurely redundant.

“Industrial design has been criticised for focusing on making executive bespoke toys for the richest 5% of the world’s population.”

“Globally, the discipline has ethically evolved. We hear from our students it is more important for them to focus on improving toilets for people in Nepal, than it is about making a more expensive watch,” Warren says.

“Fortunately, the students coming through, the 16 to 25 year olds, they are more interested in making a social change than just filling up a bank account somewhere,” Warren explains.

“So, what happens when you take this horsepower and apply it to the 90% of people on the planet who desperately need it? That's when awesome things happen”

Ethics and the architecture of objects

Dr Warren A. Reilly Senior Practitioner Fellow in the Faculty of Engineering and Built Environment,

Synthesising the influences of sustainability, creativity and technology, Dr Warren A. Reilly's research and practice has focused on the theory and practicalities of genuine design innovation.

Dr Warren A. Reilly is a Lecturer at the University of Newcastle, Australia. His research interests include; design theory, conceptual and ideation practices, dimensionless CAD and data management practices.

Since undertaking his PhD in 2005, he has specialised in digital design and innovation oriented towards those early stages of the design process -the conceptual and ideation phases.

Warren has extensive design practice experience in a range of disciplines including; Rail Vehicle and Rail experience design, marine vessels for commercial and defence force projects, architectural design and fabrication, medical prosthesis and consumer products. He has provided industry specialist services for projects throughout the Asia-Pacific region in design development and configuration management.

He has held Leading Design or CAD system management roles for national and international projects with combined project values in excess of $2B AUD. It is this expertise and knowledge of the design community, synthesised over more than 20 years, that has lead Warren to focus his efforts at the UON on preparing its design graduates for life beyond academia.

Warren has been lecturing and tutoring at UON since 2010. Before joining the UON, he was a professional trainer/educator for a variety of high-end CAD software providers in Victoria, NSW and Queensland. He has experience in the delivery of content including; research methods, ideation / conceptualising, design development and tracking, preparation for manufacture and product branding and promotion.

His innovative delivery methods and positive student engagement with single and multi-cohort programs was recognised by the UON in 2015, by awarding him with both the 2015 Faculty Teaching Excellence Award (Faculty of Engineering and Built Environment) and the 2015 Vice-Chancellors Award for Teaching Excellence and Contribution to Student Learning.

He has previously lead the management and administrative teams in commercial practices ranging from boutique design houses to SME engineering companies with more than 80 employees.

Warren's broader interest in creative works beyond those destined for mass-production, has lead him to have exhibitions of his art/design works in commercial and public gallery spaces.

Creating an immediate sense of belonging for all students in SABE using Universal Online Induction$5,000

Success and retention have been linked closely to a student’s experience in their first semester of study, and orientation is a key component in this experience. Recent research has shown that a sense of belonging is an important retention marker for students. Anecdotal feedback from our Distance students in the School of Architecture and Built Environment (SABE) indicates that these students feel particularly disconnected from their lecturers and on-campus cohort. The two components of this project address two core needs of students: (i) practical know-how in negotiating a new set of systems such as the Hub, tutorial enrolment etc., and (ii) the subtler interpersonal aspects of developing fluency in a new culture

Funding body: Office of the DVC(A), The University of Newcastle, Australia War on Waste: The 'Battle' to minimise waste in Construction Projects in NSW

Construction produces more than 19 million tonnes of waste, 45% of which is deposited in landfill. Prof Peter Davis is leading a team challenging existing waste management strategies in construction. 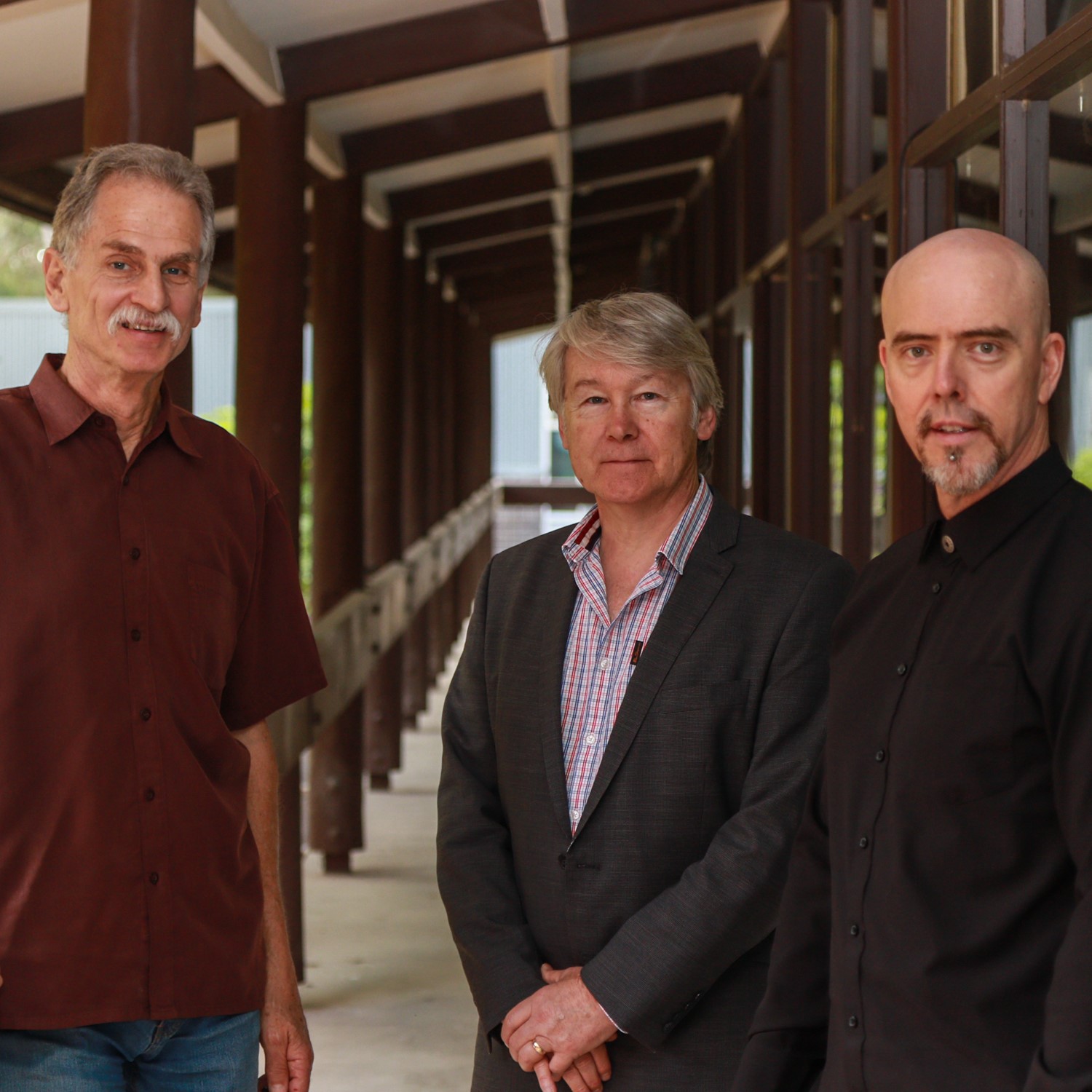 Project grant to investigate challenges for managing waste in construction

War on Waste: The 'Battle' to minimise waste in Construction Projects in NSW

Construction produces more than 19 million tonnes of waste, 45% of which is deposited in landfill. Prof Peter Davis is leading a team challenging existing waste management strategies in construction.

Project grant to investigate challenges for managing waste in construction