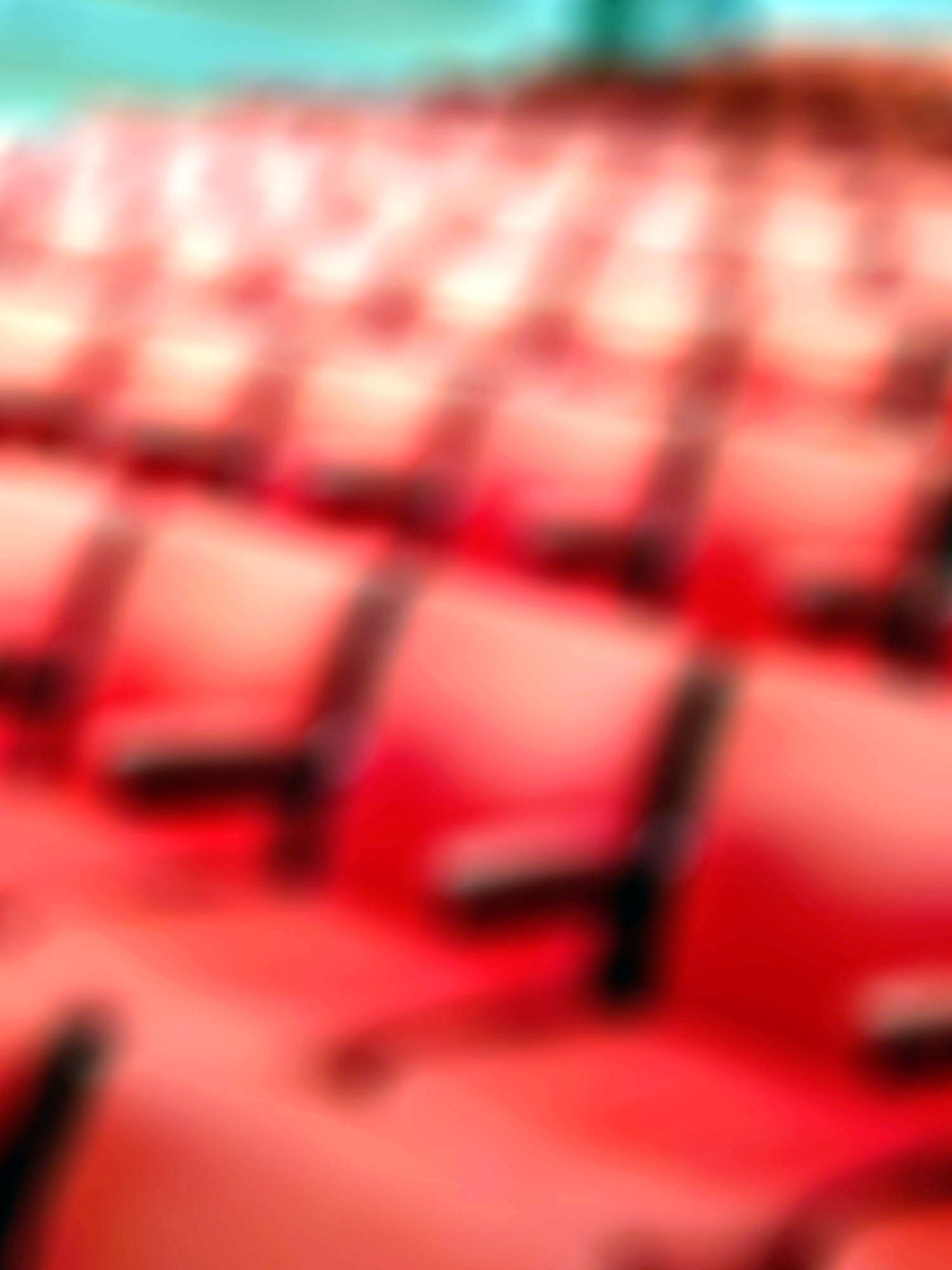 An insult attributed to Mark Twain following his fleeting visit to Newcastle in 1895 became the spark that led Helen English to investigate the cultural life of our emerging coal mining townships. 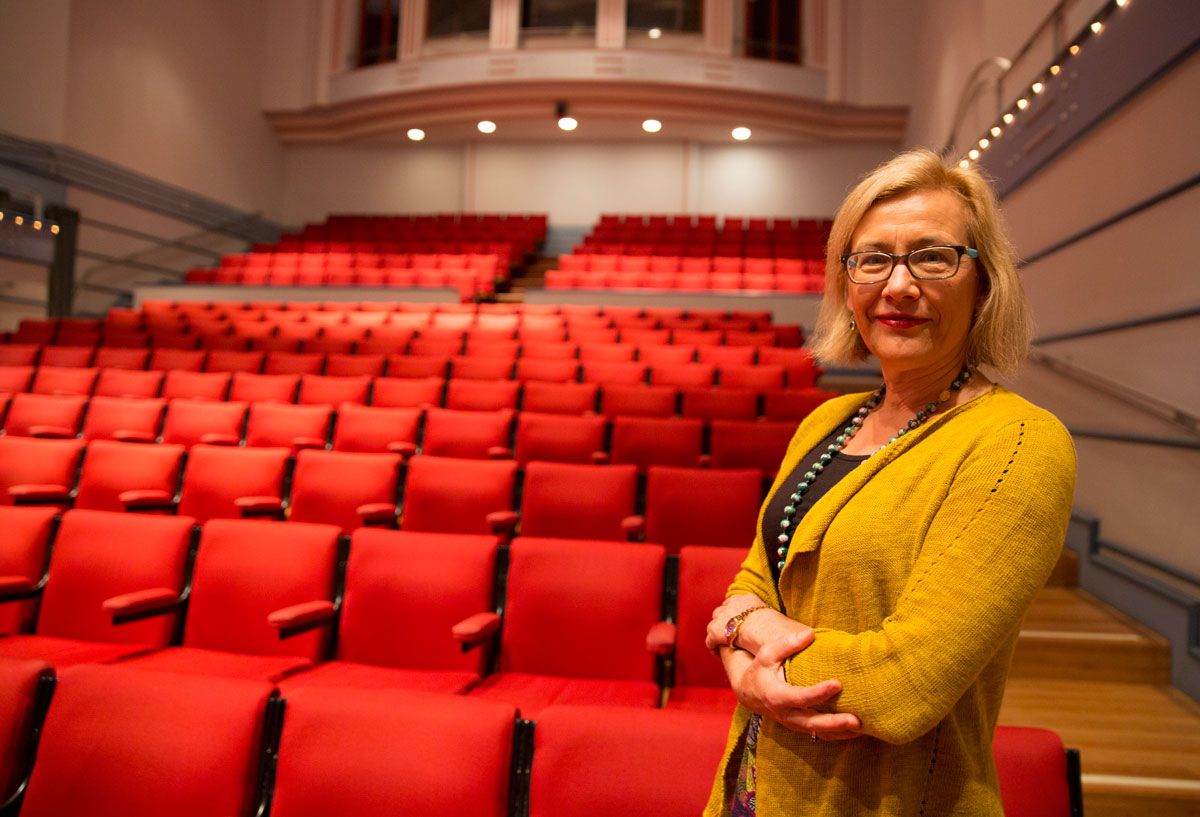 At the time of Twain’s visit, Newcastle was still emerging from the shadows of its origins as a notorious prison outpost.

Twain’s apparent assessment of Newcastle as consisting of “a long street with a graveyard at one end with no bodies in it, and a gentleman’s club at the other with no gentlemen in it” is the stuff of legends, despite questions regarding the authenticity of the quote.

In 2008, Helen was working on a soundscape inspired by Twain’s visit.

She became determined to unearth a more thorough representation of cultural life in the Coal City at the end of the 1800s, and question the negative picture represented by legend.

What she discovered was a bustling world of colour and music, competition and community, commiseration and celebration.

The forgotten musicians of Newcastle

Graduating from the prestigious Guildhall School of Music & Drama in London, Helen worked as a professional musician for many years.

She is a talented aficionado of the piano and harpsichord.

A move to Tasmania in 1995 and motherhood redirected Helen into pursuits more practical than the life of a travelling musician and she dabbled in musicology.

Coming to Newcastle in 2000, Helen enrolled in a Masters degree.

She was appointed Associate Lecturer at the University of Newcastle in 2003, and has since completed her PhD.

Researching music and community in Newcastle and Maitland, her interest in social justice issues, and a lack of existing musicological study on the regional working class, inspired Helen to hone in on her thesis topic, ‘Music as a Resource for World-Building in Newcastle and its Townships, 1869-1879.’

Taking her research one step further, Helen has presented on "Forgotten Musicians of Newcastle" at several forums and recorded much of the surviving music by these composers from the period 1860-1880.

Dent, blackballed following his involvement in an unsuccessful 1844 petition to English Parliament regarding dangerous working conditions, came to Australia and found work and community in Lambton.

Jones organized a community concert in Lambton, NSW, as a testimony to John Griffiths, who led a 400 strong choir from South Wales to London in 1872 and 1873, where they blitzed the competition at the choral games two years running.

These larger than life personalities, and many like them, rarely saw any financial benefit from their commitment to community and place making through music. What was their motivation?

“Drawing on social theory, I try to look at music not just as something that people did, but what it was doing for them,” Helen explains.

“Music was empowering people, or creating community, or helping them keep working when they were tired, or just creating a familiar context.”

Helen’s work tells of processions and picnics, fundraisers and concerts, of communities bonded together by the hardships and opportunities presented by a fledgling city.

Her understanding of the effects of music on the body, mind, and emotions uniquely qualify Helen for a role with the ARC Centre of Excellence for the History of Emotions (CHE), for whom she has recently been appointed an Associate Investigator.

Helen has received funding from the Centre to investigate amateur blackface minstrelsy in the Hunter Valley.

“People are embarrassed to hear about it now, but it doesn't mean you can't investigate it, why was it so important to people, so popular?” she asks.

Helen is also collaborating with Deputy Director of the Centre, Professor Jane Whitfield Davidson (University of Melbourne), on a project titled ‘Music and World-Building: From Past to Present’.

The co-researchers are investigating current music communities informed by research into historical communities.

Through looking at pre-existing music-making, the researchers seek to understand how music can be used to build and replenish community capacity.

Helen is now a Senior Lecturer for the UON School of Creative Industries, teaching into a range of diverse courses including Music Research, Australian Music, and Piano.

It is her current role as Director of School and Community Engagement however, that sees Helen translating the theoretical capacity building of her research into real life outcomes.

With funding from the Commonwealth Government Higher Education Partnerships and Participation Program (HEPPP) and UON Centre for Excellence of Equity in Higher Education (CEEHE), Helen has orchestrated several projects in partnership with local schools.

These projects focus on bolstering music literacy and building aspirations in the creative and performing arts in school students.

One project saw UON student mentors working with students from seven schools to develop performance pieces, culminating in a showcase of their works at the Griffith Duncan Theatre.

Consultation with staff at several local schools has led Helen to coordinate a network of high school music staff, and further opportunities for students are in development.

Helen is also co-leading a research project with Matt Lumb from CEEHE, ‘Music, belonging, and transformation: Understanding the impact of outreach to low SES high schools in fostering and supporting aspirations’.

My primary areas of research are: Music practices in the 19th century, Music and Society, Australian music, Social Justice and Gender studies, Music Education. My PhD topic was Music as a Resource for World-Building in Newcastle and its Townships, 1869-1879. The thesis investigated what music afforded Newcastle settler communities in world-building through its effects on body, mind and emotions. This led to a number of publications including: 'Newcastle in the 1870s: audience identity, power and cultural ownership', in Crossroads, UQ and 'Music-Making in the Colonial City: Benefit Concerts in Newcastle, NSW in the 1870s', Musicology Australia.  Other recent research has been into composers from nineteenth-century Newcastle. I have presented on "Forgotten Musicians of Newcastle" at several forums and recorded much of the surviving music by these composers from the period 1860-1880. These compositions and their stories also inspired a piece of performance art entitled 'Forgotten Composers of the Hunter Valley', which was performed at the Newcastle Conservatorium in December 2013. Other creative work has been shown in Hobart and Leeds ("Margery's Times: Margery Through the Looking Glass") and New York ("New Adventures of Mark Twain").

As an advocate for social justice, I am committed to supporting aspirations and creating pathways into higher education through research and outreach. I have been successful in grant applications to further this work. In 2012 I was awarded a Commonwealth Government Higher Education Partnerships and Participation Program (HEPPP) grant for BMUS Music Literacy. In 2015 I was successful in a HEPPP National Priorities Pool grant applied for through the University of Newcastle’s Centre for Excellence of Equity in Higher Education (CEEHE). The HEPPP grant, ‘Building Aspirations in the Creative and Performing Arts,’ allowed the development and implementation of an innovative project that empowered school students to develop skills in creative thinking, project design and its realisation. A short promotional DVD for the project can be viewed at https://vimeo.com/146851875.  I am currently leading a research project, ‘Music, belonging and transformation: understanding the impact of outreach to low SES high schools in fostering and supporting aspirations’. This is in association with and funded internally by CEEHE.

I have recently been appointed as Associate Investigator for the ARC Centre of Excellence for the History of Emotions (CHE). This position will advance my current research into amateur blackface minstrelsy in the Hunter and its emotional impact. In addition I am collaborating with Professor Jane Whitfield Davidson (University of Melbourne) on a project: Music and World-Building: From Past to Present. In this project the co-researchers investigate current music communities informed by research into historical communities. Through looking at pre-existing music-making, the researchers seek to understand how music can be used to build and replenish community capacity.

Some of my current research can be seen on:

Collaborations
"Assessment in Music: An approach to aligning assessment with Threshold Learning Outcomes in the Creative and Performing Arts" This research project was led by Queensland Conservatorium, Griffith University from 2012-2014. As a team member, I was a contributor to discussions about assessment in music and was involved in determining Threshold Learning Outcomes in Music Studies at Tertiary level. In 2013 I gave a conference paper as co-author with Richard Vella, Chair of Music at University of Newcastle, "Embedding Creative and Critical thinking in Performance Studies - the Challenge". This is due to be published by Springer in 2014 as a book chapter

A competitive scholarship for a PhD student supervised by the applicant

Presentation at the AAG annual conference in Sydney

This research project aims to enhance understanding of an area of inequity found in the underrepresentation of women in particular School of Creative Industries (SOCI) degree programs and courses, notably those involving technology. It will seek to identify factors contributing to female students’ reluctance to participate in these programs and their courses. Data will be gathered exploring perceptions of certain skills and ensuing career paths, framed within the concept of Possible Selves (Marcus and Nurius, 1986). The project will also investigate whether imagined futures alter during the Tertiary Education journey, including the period post-undergraduate, whether as a professional or in postgraduate study. Having identified these factors, the team will implement changes in pedagogy, assess their impact and draw up recommendations for future directions not only in inclusive pedagogies, but also in mentoring and work-integrated learning opportunities.

Music and world-building: from past to present$5,000

The grant was awarded through a competitive process by the ARC Centre for the History of Emotions. The grant was for a small project and also granted me Associate Investigator status

Funding body: ARC Centre of Excellence for History of Emotions

Building aspiration in the Creative and Performing Arts$63,811

This proposal will draw on a three-way partnership between the Community, the BMUS and the Conservatorium. This project proposes ways to retain those already in the program and to act as mentors to increase further low SES enrolments. 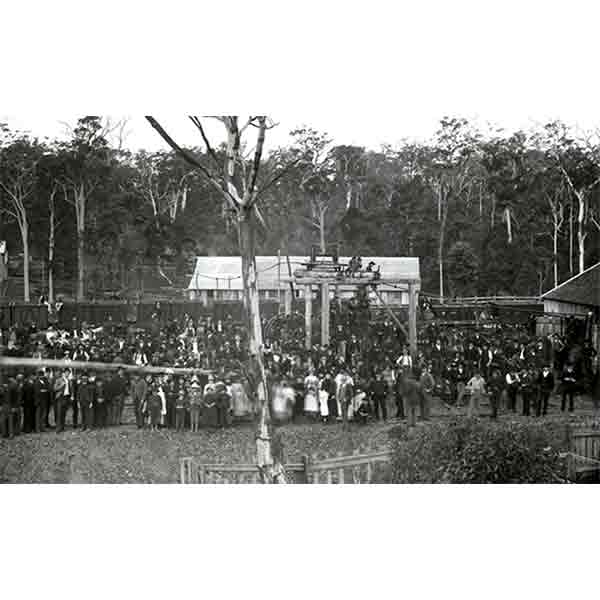 Music and World-Building in the Colonial City Newcastle, NSW, and its Townships, 1860-1880 is a new book published by Dr Helen English. 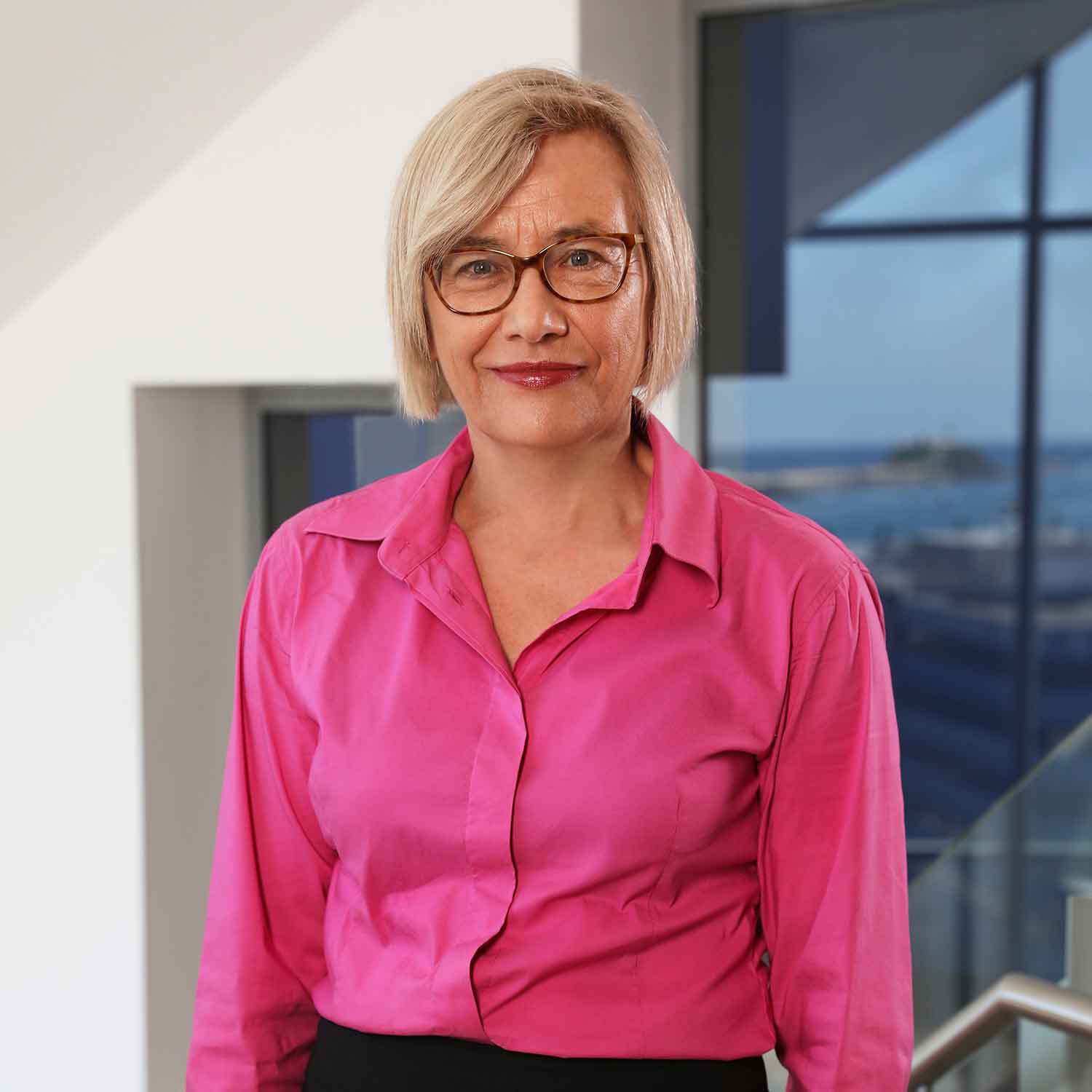 Dr Helen English is conducting research on creative aging. The project is part of a large-scale interdisciplinary endeavour that is focussed on understanding the benefits of engagement with creative activities, such as in music, dance or art, for older members of society.

Music and World-Building in the Colonial City Newcastle, NSW, and its Townships, 1860-1880 is a new book published by Dr Helen English.

Dr Helen English is conducting research on creative aging. The project is part of a large-scale interdisciplinary endeavour that is focussed on understanding the benefits of engagement with creative activities, such as in music, dance or art, for older members of society.

Written by University of Newcastle Senior Lecturer in Music, Helen English,this article highlights the importance of benefit concerts for communities

Helen English - Music and World Building in the Colonial City

How did nineteenth-century migrants to Australia use music to make sense of their new surroundings? That is the question focused on in a newly published book authored by School of Creative Industries researcher and member of the Centre for 21st Century Humanities, Dr Helen English.