The origins of the Ma & Morley Scholarship Program are built on some of the most basic of human needs – love and friendship.

Scholarship donor and entrepreneur, Jack Ma, first met Novocastrian Ken Morley and his children when they were on a tour with the Australia-China Friendship Society in Mr Ma’s hometown, Hangzhou, China. Mr Ma was an enterprising teenager who would seek out tourists to practice his English. One day in 1980, Mr Ma approached a young Australian tourist, who happened to be Mr Morley’s son David. This chance encounter sparked an enduring and life changing friendship between Jack Ma and Ken Morley.

Mr Morley went on to become a highly influential figure in Mr Ma’s life, instilling core values and a global perspective that positively impacted Mr Ma’s future and contributed to his personal success. Mr Ma visited Newcastle twice as part of the friendship and he credits these experiences with opening his eyes to the world and inspiring his yearning to make social change and do things differently. Mr Ma and Mr Morley remained close friends until Mr Morley’s death in 2004. The impression the Morley family and Newcastle made on Mr Ma was so great that it inspired him to give back to the community. As part of this mission, he has made a US$20 million philanthropic commitment to the University of Newcastle. Mr Ma’s vision for the Ma & Morley Scholarship Program is to provide students with opportunities to create life changing experiences and friendships like those he had with the with Morley family in Newcastle. He believes that these experiences will help to build the next generation of globally aware and socially conscious Australian leaders. Jack Ma is the co-founder and former Executive Chairman of Alibaba, one of the world’s largest e-commerce companies. From humble beginnings, he started this company in his apartment with a group of 18 friends and is now recognised as one of the world’s most prominent businessmen and influential leaders.

But it is not about the money for Mr Ma. In 2014 he established the Jack Ma Foundation with a mission to work toward a world with bluer skies, cleaner water, healthier communities and more open thinking. It focuses on education, environment, public health and people development, with a view to fostering an innovative and sustainable model for a better world.

About the Morley family 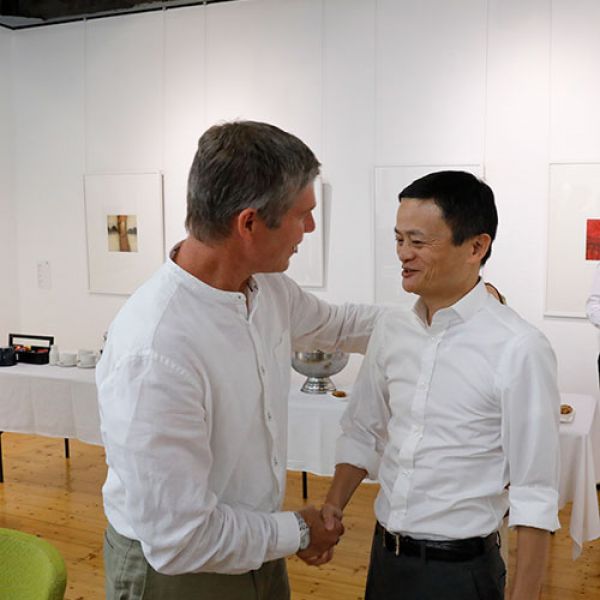 "Dad would be extremely proud of Jack’s commitment to making a difference to students in our hometown, and so touched that their close friendship has led to this program, which will transform the futures of hundreds of University of Newcastle students, to hopefully do good things in the world,” - David Morley.

The Morley family continue to live in Newcastle and enjoy seeing their friend Jack's success, and that he uses his influence to make the world a better place.