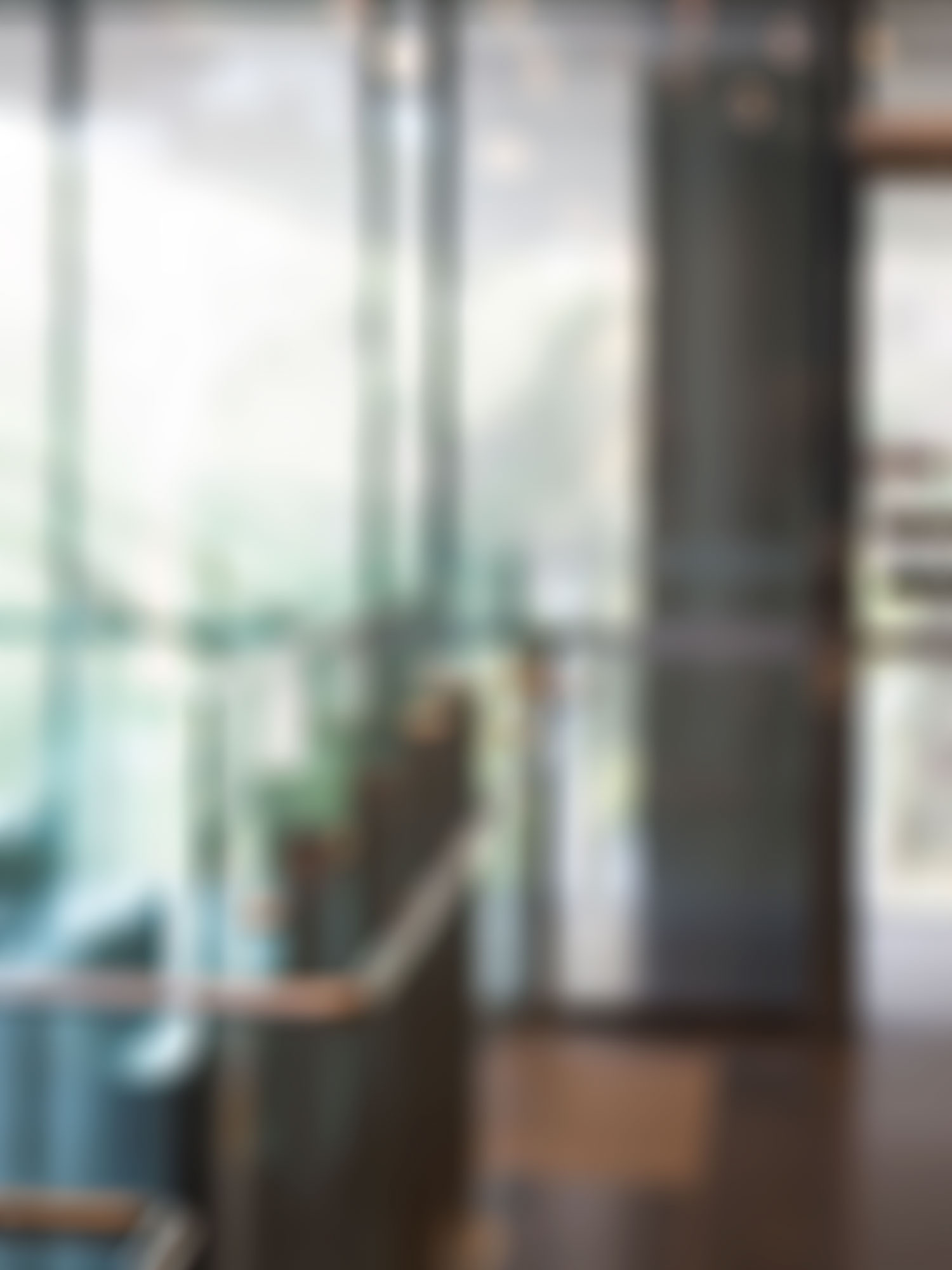 Dr Andrew Reid may have taken the long road to medical research, but it’s not one he regrets. 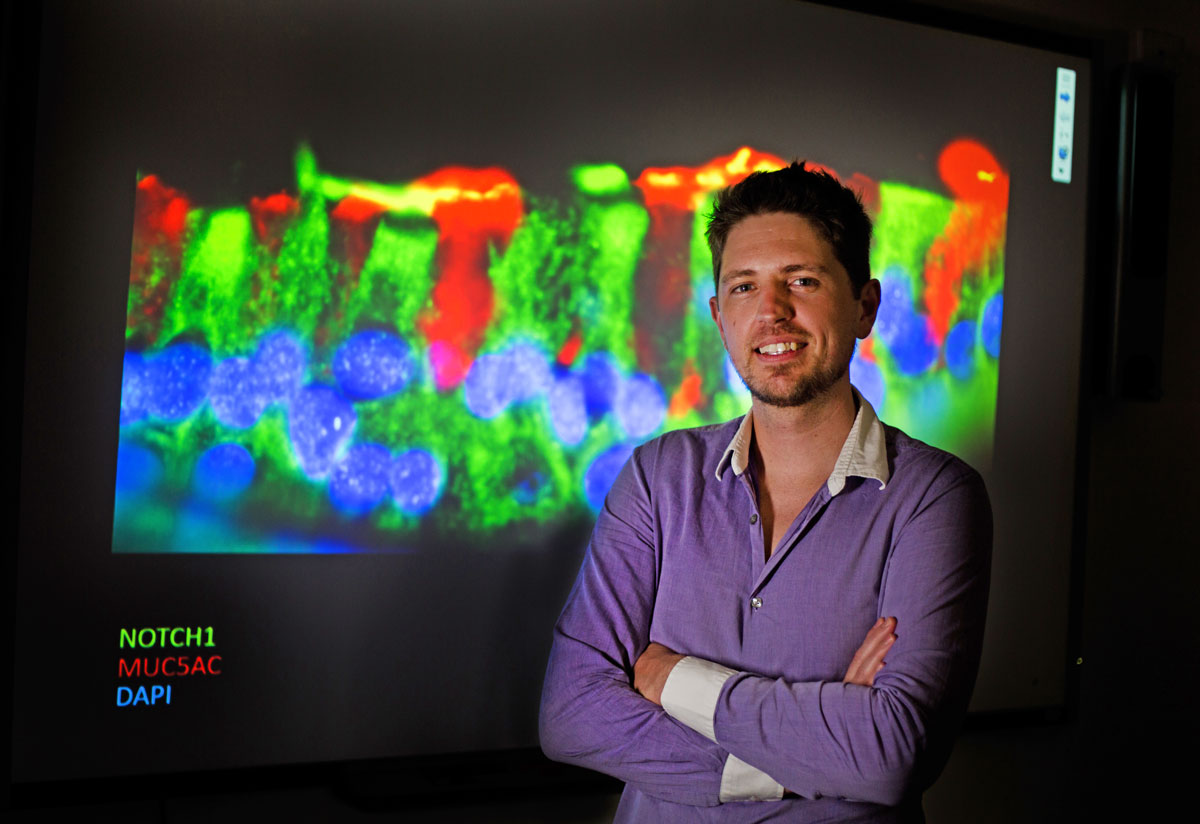 “When I was still in high school my real passion was astronomy – my Dad had bought me a telescope and I got really into it."

“So when I started out at university, I was doing a double major in maths and physics.”

Hailing from the Central Coast, Andrew’s regular commute to Sydney for his studies was a gruelling one.

“Once I got to the third year it all got to be too much – I ended up deferring and I worked in retail for a while. Then one evening I was talking to my manager – who had always wanted to be a police officer – and we made a deal. He would join the police force and I would go back to university.”

Andrew transferred his credits to UON and was able to complete his science degree, but with a major in biology.

“It turns out biology and chemistry were my calling! I ended up getting First Class Honours and the University Medal.”

On top of those accolades, Andrew was also awarded the Faculty of Science Medal for best thesis and the Barry Boettcher Award for leading grade point average.

For his Honours and PhD projects, Andrew worked in UON’s Reproductive Science group, under the supervision of Dr Shaun Roman and Professor Brett Nixon, respectively.

Andrew’s PhD research focussed on the role of the dynamin protein in sperm maturation and fertilisation. For his work, he was awarded the New Investigator Award from the Australian Society of Reproductive Biology in 2011.

The epithelial cell layer, or ‘epithelium’, occurs throughout the body wherever surfaces come into contact with the outside environment and also on the insides of vessels, tracts and tubules.

The architecture of epithelial cells is highly regulated, and the intracellular junctions are particularly important for maintaining function. These junctions are made up of protein complexes which allow cells to communicate, share nutrients and maintain physical contact with each other.

“The final chapter of my PhD thesis was actually on the epithelium of the epididymis – a duct within the male reproductive system."

“One of the good things about learning about those cells is they stay pretty similar throughout all the different areas of the body.”

Indeed, when Professor Darryl Knight was looking for help in his lab with an asthma research project with the PRC for Healthy Lungs, it turns out Andrew had experience in all the right areas.

“I’ve also got a lot of experience with fluorescence and electron microscopy.”

Previous research by some of Darryl’s international collaborators had highlighted the significance of the Beta-catenin signalling pathway in airway disease, in particular in the epithelial cells lining the airways.

The amount of Beta-catenin protein in the intracellular junctions was different in asthmatic compared to non-asthmatic individuals.

Upon looking closer at this phenomenon, Darryl and Andrew noticed a strange effect of Beta-catenin blocking chemicals.

“Mucus production was decreasing – but it wasn’t via the normal mucus-stimulating cellular pathways. It instead appeared to be happening via the Notch Signalling pathway."

The Notch protein has been well described for its role in tissue development, but this direct involvement in mucus regulation was a novel observation.

The cells differentiate into specific cell types and assume an architecture all but identical to that of the human respiratory epithelial layer.

“Every few days I’ve got to come in and wash off the mucus from the surface of my asthmatic cells and it’s all gluggy and horrible."

“But then when I inhibit Notch, you don’t get that mucus. The cells are all there and they’re happy, they’re still alive - they’re just not spitting out mucus.”

As well as Notch appearing to regulate mucus production itself, it can also modify the characteristics of the mucus, making it less sticky.

This mucosal stickiness is a problem not just in asthmatics, but also for patients with chronic bronchitis and COPD (Chronic Obstructive Pulmonary Disease).

“We’re hoping to identify which interactions in the Notch signalling pathway are causing these changes in mucus production."

“Then we could design new pharmaceuticals targeting these proteins and increase the quality of life for these patients.”

It’s an exciting field, and one that Andrew’s looking forward to continuing to explore.

Dr Andrew Reid has a hand in increasing the life of asthma patients.

Dr Andrew Reid completed his Bachelor of Science (Hons I) degree in 2009 with a perfect grade point average and earning both the faculty and university medals. He was offered a prestigious Australian Postgraduate Award scholarship as well as the Deputy Vice Chancellor’s award to complete his PhD. Andrew's PhD on the role of dynamin in mouse spermatozoa and the epididymal epithelium earned him 3 high ranking publications during his PhD tenure. In addition to numerous scientific and artistic prizes throughout his tenure, Dr Reid was nominated for the PhD medal on the back of his exemplary studies.

In 2014, Andrew began his employment under world-renowned epithelial cell biologist Professor Darryl Knight at the Hunter Medical Research Institute. Here, Andrew's experience in a wide range of microscopy (including immunofluorescent, phase contrast and electron microscopy) and pharmacological inhibition techniques were adopted as no standard procedure. Dr Reid has published under Professor Knight on the roles of the signalling molecule beta-catenin during epithelial to mesenchymal transition, the contributions of genetic and epigenetic dysregulations in asthma and has recently published in Pharmacology and Therapeutics on the "Persistent induction of goblet cell differentiation in the airways: Therapeutic approaches".

Currently, Andrew's investigations centre on the imbalance of certain developmental signalling pathways and how this contributes to increased mucus production and accumulation in the airway epithelium of asthmatics. As of January 2018, Dr. Reid has taken command of Conjoint Professor Chris Grainge’s most recently awarded NHMRC grant to investigate the role of mechanical forces at the dysregulated asthmatic airway epithelium.

The role of apical mechanical shear stress on epithelial cell function in asthma$20,063

Establishing a comprehensive in vitro model of bronchiectasis$23,750

The role of apical mechanical shear stress on epithelial cell function in asthma$17,307

Development of a medium throughput assay for assessing compounds that modulate fibroblast function in COPD$7,764