Professor Simon Keely’s research team is focused on studying the cellular processes of digestive disease and infection. The group is particularly interested in mucosal inflammation and how tissues adapt to conditions of oxygen deficiency (hypoxia) in inflamed tissue. This is particularly relevant to chronic inflammatory diseases such as the inflammatory bowel diseases (IBD); Crohn's disease and ulcerative colitis but may also play a role in the development of gastrointestinal cancers.

Professor Keely is also interested in the changes that occur with microbial interactions during inflammation and how these interactions influence the progression and resolution of mucosal diseases. Our group studies the cellular mechanisms that allow adaption to inflammation, in vitro. 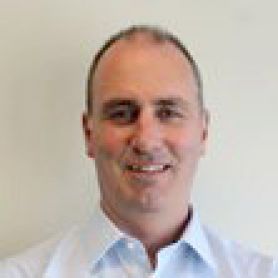 Professor Andrew Boyle is a clinically trained cardiologist and respected leader in cardiovascular research. He has a keen interest in the reparative processes in the heart after damage and how to reverse scaring and tissue damage after heart attacks.

After completing his PhD in cardiac regeneration at the University of Melbourne and a prestigious postdoctoral position at Johns Hopkins University in the US, he then studied the effects of ageing on the ability of the heart to pump oxygenated blood to the rest of the body (left ventricular remodeling).

Professor Boyle now leads a successful research laboratory based at HMRI where he studies pre-clinical models of left ventricular remodeling, and is also an active clinician and clinical researcher at the John Hunter Hospital working to improve the outcomes of people affected by heart attacks and heart muscle damage.

Dr Fradgley is interested in understanding and promoting the delivery of patient-centred care. Her recent publications exploring how patients can be involved in evaluating and redesigning health services. This includes developing a web-based survey tool that empowers individuals with cancer to systematically evaluate their experiences of care and generate comprehensive and personalised summaries of their priorities and preferences for quality improvement.

More recently, Dr Fradgley has started work with the Cancer Council New South Wales and Victoria to implement screening and referral protocols for distressed cancer patients and their significant others. This project aims to increase callers' use of supportive care services and lower their distress levels. This work aligns closely with an interest in patient-centred care by helping cancer patients to engage with the services throughout the emotionally difficult cancer journey.

Professor Oakley grew up in the Hunter Valley and Mid-North Coast of New South Wales matriculating from Kempsey High School in 1983. Following his graduation from UNSW medical school he completed basic physician training at Royal Prince Alfred Hospital, proceeded through Rheumatology advanced training (Prince of Wales & Prince Henry, Royal Newcastle and St George Hospitals) and was admitted to the Royal Australasian College of Physicians in 1999. During this time he undertook studies toward his Graduate Diploma in Clinical Epidemiology (University of Newcastle) and went on to complete his doctoral thesis evaluating arthroscopic assessments of articular cartilage in an animal model of osteoarthritis (UNSW).

Since 2008 Professor Oakley has worked as a staff specialist position in the Department of Rheumatology at the John Hunter Hospital. He leapt at the opportunity to return to this strong clinical unit. He has developed a research program with the mission of more fully understanding and addressing the broader impacts of rheumatic disease with particular interests in cardiovascular disease, immune-modulatory therapies and cost-effectiveness of different models of care. He is an active member of the Australian Rheumatology Association and the John Hunter and Royal Newcastle Hospitals Combined Medical Staff Council.

Professor Josh Davis is a clinician researcher at the John Hunter Hospital with a focus on infectious diseases. Awarded his PhD in 2011, Professor Davis is currently a Chief Investigator on four NHMRC Project Grants worth over $7million and has five other competitive grants worth over $260,000. He divides his time between his work as a senior clinician and developing leadership roles in the Australian Infectious Diseases Community. He is currently the elected President of the Australasian Society for Infectious Diseases (ASID), played a key role in establishing ASID’s clinical research network, and is a selected member of the expert writing group of Therapeutic Guidelines: Antibiotic, Australia’s national antibiotic policy. 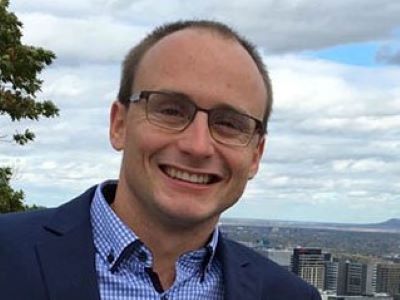 Dr Beard completed his PhD (Human Physiology) in 2015 in the Translational Stroke Laboratory of Professor Neil Spratt at the University of Newcastle, Australia. His PhD thesis investigated the mechanisms regulating collateral blood flow after stroke. He found that changes in intracranial pressure (ICP) profoundly reduced collateral blood flow to the ischaemic brain during stroke. This work generated the novel hypothesis, that changes in ICP in human stroke may be the cause of the previously identified, but poorly understood phenomenon of collateral vessel failure and neurological deterioration in a subset of stroke patients. This work provided the stimulus for clinical investigations to the test this novel hypothesis.

In September 2016, Daniel was awarded a highly competitive postdoctoral fellowship in the laboratory of Professor Alastair Buchan, the Professor of Stroke Medicine and Pro-Vice Chancellor at the University of Oxford to work on a MRC UK funded project investigating the role of mammalian target of rapamycin mTOR in neurovascular dysfunction after stroke. As well as his research pursuits, Daniel continued to develop his expertise as a university educator. While at Oxford he was appointed as a Lecturer in Medicine at Corpus Christi College and a Tutor in Physiology at Harris Manchester College. He also completed the Enhancing Teaching Programme in Sciences, a programme designed to support academic and research staff across the Medical Science Division who teach at Oxford to help improve their teaching and thus enhance their students’ learning experiences.

Daniel was recently awarded an NHMRC Ideas Grant and has returned to the University of Newcastle as a lecturer to investigate novel therapies to enhance collateral blood flow after stroke.