Dwyer is one of the leading international scholars in the French Revolutionary and Napoleonic eras, as well the world's pre-eminent biographer of Napoleon. His work on violence emanating from this research includes the experience of war, the massacre in history, and memory and has made a significant contribution to the field.

Christoph Antons has a background in law, Southeast Asian studies and art history.

Dr Kate Ariotti is an ARC DECRA Fellow in the Centre for the Study of Violence. Her research focuses on understanding the social and cultural impacts of war in Australia; she has worked extensively on histories of captivity and the experiences of Australian prisoners of war as well as the ways in which Australians have historically remembered and commemorated wars. Her current ARC-funded project ‘Between Death and Commemoration: An Australian History of the War Corpse’ aims to provide the first comprehensive account of the changing policies, practices and attitudes that have shaped the treatment of the physical remains of Australian war dead between the First World War and the recent wars in the Middle East (1915-2015).

Dr Tamara Blakemore is a social work practitioner, researcher and educator. Tamara’s doctoral thesis, inspired by her clinical work explored the occurrence and outcomes of child sexual abuse in a large scale, longitudinal study of mothers and children. Tamara has been a conjoint research fellow with the Australian Centre for Child Protection (UniSA) since 2008. She has led research for the Royal Commission into Institutional Responses to Child Sexual Abuse as well as practice implementation projects for the Australian Govt. Dept. of Social Services as a named member of their Family and Child Expert panel. Tamara is currently leading an interdisciplinary team to establish, implement and evaluate an early intervention program for young people (10 to 17 years of age) who have perpetrated interpersonal violence.

Global innovation Chair, Professor Bourke is a world renowned historian who has shaped profoundly our understanding of subjects—violence, the body, the emotions—central to human experience. She has published prolifically on British, Irish, American and Australian societies from the nineteenth to twenty-first centuries, including histories of rape, fear, face-to-face killing and other vital, and previously taboo, topics.

Formerly an ARC Postdoctoral Fellow, Candlin specialises in violence in the Atlantic world, slave colonies of the Atlantic, and slave rebellion.

Professor Coleborne is an internationally recognised historian of health and medicine with an extensive portfolio of research, teaching, administration and academic leadership. Her research and publishing in the histories of mental health, families, illness, colonial worlds and medical institutions, as well as in law and history has attracted world-wide attention.

A Senior Research Assistant with the Centre, Debenham's expertise include the history of Indigenous Australians, in particular, how they have been represented on documentary film.

Dr Justin Ellis is a lecturer in Criminology. His research examines the impact of digital technologies on trust in public institutions. His current focus is the scrutiny of public order policing through sousveillance within the LGBTIQ+ community in Sydney.

Effie Karageorgos is an early career historian working on the social history of war, specifically Australian experiences of conflict. She has a PhD from Flinders University, and her monograph, Australian Soldiers in South Africa and Vietnam: Words from the Battlefield, was published in 2016 by Bloomsbury Academic. Her work has explored the motivations of Australian combatants involved in the South African War of 1899-1902 and the Vietnam War from enlistment to discharge, particularly focusing on the influence of the home front on soldiers' attitudes and behaviours.

Alycia is a research assistant for the Joint Chair of Evidence Based Nursing working with the Mid North Coast Health District in Port Macquarie. Alycia has a background in public health and a strong research interest in rural healthcare and the responses of the healthcare workforce to incidences of patient aggression.

An Australian Research Council (ARC) Future Fellow, Kieser's focus is war and revolution in the declining Ottoman Empire; the relationship between state formation, political violence, and genocide; apocalyptic violence (secular and religious) and the challenges of non-violence as they emerge in 'modern millennialism'.

Alexandra Lewis joined the University of Newcastle in 2019. She arrived from Aberdeen, Scotland, where she was Senior Lecturer in English and Creative Writing, Director of the Centre for the Novel, and Undergraduate Programme Coordinator of Creative Writing. Alexandra has published widely on literature and psychology/medicine; nineteenth-century fiction; and contemporary literature.

With a background in psychology, Associate Professor Deborah Loxton is an experienced quantitative and qualitative researcher in women's health, with particular interests in reproductive health and the impact of stressful life events, including the health impact of abuse, such as domestic violence.

Dr Amy Maguire is an Associate Professor and the Indigenous Student Liaison at the University of Newcastle Law School.

Dr Xanthé Mallett is a forensic anthropologist and criminologist. Her current criminological interests include developing our understanding of gendered criminal activity as well as societal responses to crime, and the media’s influence of the judicial process. She is also a passionate advocate for transparency and equity in the criminal justice system, as a result of which she has become involved with a number of high profile cases of filicide (murder of a child by a parent) that may be miscarriages of justice.

Markwick is Professor of Modern European History, with particular expertise in Soviet and Russian history and historiography. His most recent research focuses on Soviet women in the Second World War. He has additional research interests in European fascism, genocide, and colonial settler states.

Associate Professor Lynne McCormack is both a psychology clinician and a researcher with over 40 publications in the field of complex trauma and posttraumatic growth. Her therapeutic work has spanned over three decades primarily working with those exposed to complex high risk environments or political and family/childhood trauma.

Dr Kathleen McPhillips is a sociologist of religion and gender and has recently specialised in trauma studies. She is currently leading a research project into the Catholic Church and their participation in State Inquiries into child abuse. She has attended the NSW Special Commission of Inquiry and the Royal Commission into Institutional Responses to Child Sexual Abuse and is currently publishing in this area.

Lucinda is a new PhD candidate and full time academic.  She has an extensive background in Emergency Nursing and Critical Care Nursing with a special interest in triage and trauma care. After working for many years as a full time RN/CNS in several Emergency Departments she has gained a profound respect and admiration for our nurses working on the front line of health care.  In her experience, nurses have an incredible but poorly defined level of resilience unlike any other profession.  This has informed her interest in the well being of our nursing workforce.

Messham-Muir is an art theorist and museologist who researches the psychological and emotional dimensions of visualising war; imagery in warfare and terror.

Elizabeth Roberts-Pedersen is an ARC DECRA Fellow in the Centre for the Study of Violence, where she is researching the impact of World War Two on the theory and practice of psychiatry. Her current ARC-funded project, ‘Unquiet Minds: Psychiatry in World War Two and its aftermaths’, aims to provide the first comprehensive account of the consequences of that conflict for psychiatric theory and practice by focusing on the ways in which the stringencies of total war forged new patient cohorts on the battlefield and the home front and thus implicated psychiatry in the social and economic projects of the post-war world.

With a focus on massacre studies and in particular to the development of a coherent method to interrogate the disparate sources of frontier massacre, Ryan's work has resulted in significant conceptual advances in the study of the Australian frontier and the history of massacre.

Sato's research focuses on civilians and war in Asia under the Japanese occupation during the Second World War. Japanese expansionism and its social and economic impact on other Asian countries, particularly Indonesia and Vietnam; Forced prostitution for the Japanese armed forces during WWII.

Nisha is a Lecturer in the School of Education. She comes to the field of Comparative and International Education from a background in Social Work (MA) and Psychology (BA). Herinterest in critical pedagogies and education for social justice grew out of her work with institutionalised children in India including street children, orphans, and so-called juvenile delinquents. 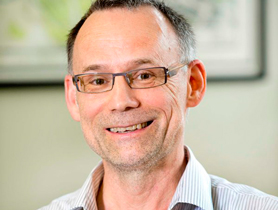 Inspiring a new perspective of war

University of Newcastle Future Fellow Professor Hans-Lukas Kieser looks to humanity's violent past for answers to a... 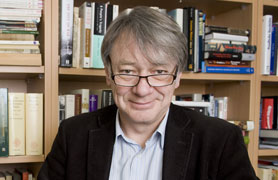 Professor Philip Dwyer and his team are leading a fundamental rethinking of violence in the modern world.... 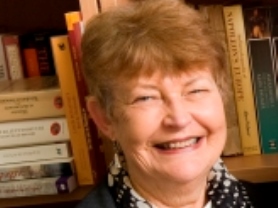 The story of Professor Lyndall Ryan from Newcastle's Centre for the History of Violence began while documenting...