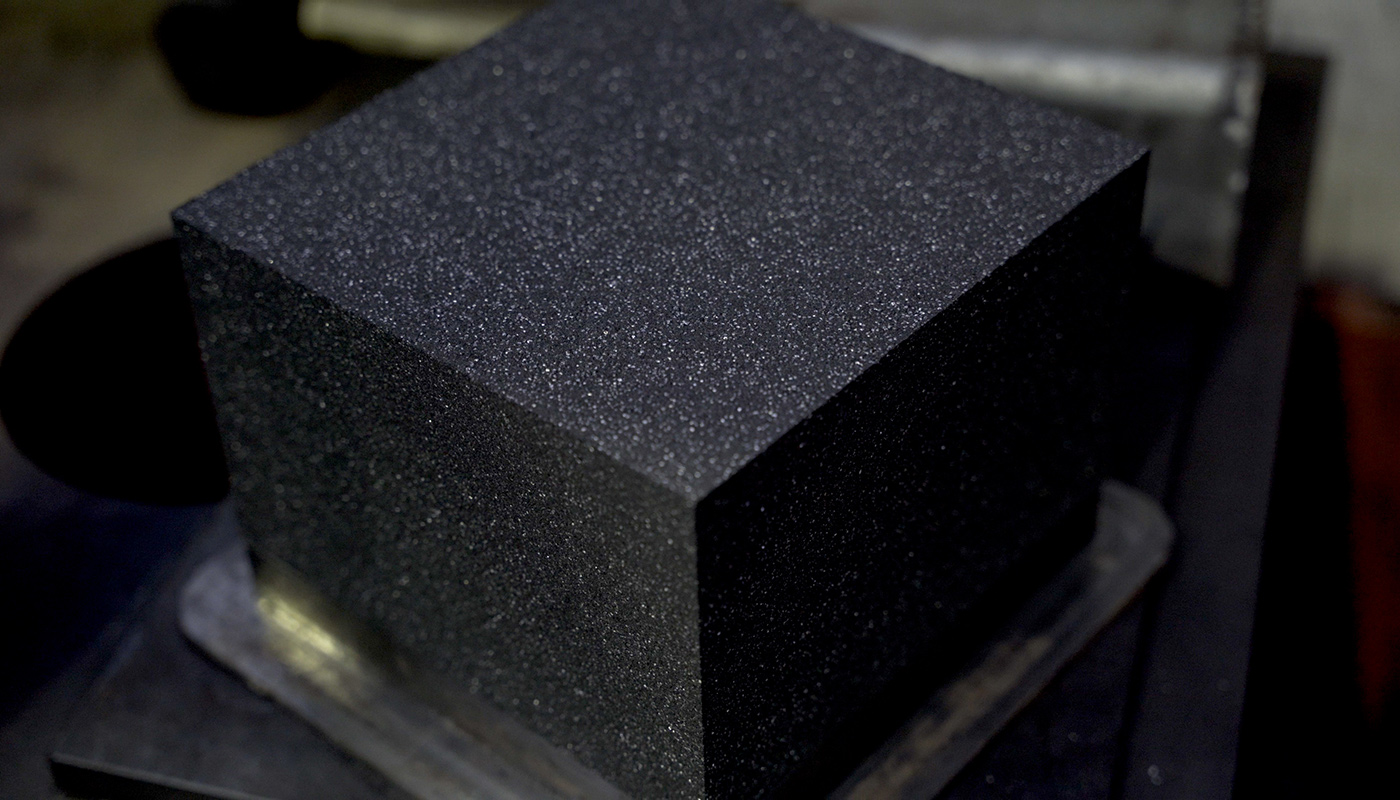 The missing block to build an all-renewable grid

Coined Miscibility Gaps Alloy (MGA), the extraordinary blocks are capable of receiving energy generated by renewables, storing it cheaply and safely as thermal energy, then using it to run steam turbines at power stations instead of burning coal.

A team of engineers at the University of Newcastle spent years perfecting the innovation to effectively and affordably store thermal energy.  Their solution – 20cm x 30cm x 16cm blocks – can be retrofitted to retired power plants or introduced to existing power plants to help them transition from fossil fuels to renewables. Stackable like LEGO, MGA blocks can be added or removed to scale the system up or down to meet market demand.

“We’re aiming to bridge the gap between cheap and abundant renewable energy, which is generated in peaks, and the ability to store and dispatch energy at any time of day or night, to meet consumer needs.”

“Unlike coal-fired power, which is regulated and controlled, renewable energy is a challenge because it is less predictable and inconsistent. The grid, which includes the poles and wires you see on streets connecting to houses and buildings, was not designed to receive large spikes associated with renewable energy,” Professor Kisi said.

“Redesigning the whole grid is simply too expensive so we’ve created MGA as an energy storage solution to marry with existing infrastructure.  We’ve made renewable energy compatible at grid-scale so that when the Sun doesn’t shine or wind drops the grid still delivers power on-demand.”

A boost for Australian manufacturing

With close to $1million combined funding from CP Ventures and an Australian Government Department of Industry, Innovation and Science Accelerating Commercialisation Grant, the MGA Thermal team are establishing a NSW-based manufacturing plant to scale production of their modular blocks to commercial levels.

“Our location in the Hunter is ideal. The region has a background as a strong centre for industry and there’s great access to raw materials.”

“What’s really exciting is that as a viable energy storage solution it represents the missing component to renewable energy. We believe it has the potential to change the world,” Mr Scott said.

Professor Kisi said people often likened the MGA block to a battery as they both stored energy, however the MGA blocks were far cheaper, safer, lasted much longer and were more scalable than a battery.

“We’ve sourced abundant and readily available starting ingredients for our block so that it can be produced at a very low cost to accommodate for the scale of energy storage that’s required - they are 10 per cent of the cost of a lithium battery of the same size, yet produce the same amount of energy,” Professor Kisi said.

Able to store millions of kilowatt hours of energy, Professor Kisi said the technology was superior to existing solutions, enabling super-fast charging of the system.

“It offers near to 100 per cent conversion of electricity to heat and the lowest levelised cost of storing electricity - a measure of the total lifecycle cost of a facility compared to the amount of energy it is capable of storing.”

The blocks are made from non-toxic, 100 per cent recyclable material so there is no risk of explosion or combustion in hazardous environments.

How does MGA work?

Professor Kisi said the source of that energy could be concentrated heat directly from the Sun, surplus electricity on the grid, renewable energy, or from industrial heat or waste heat.

“The MGA blocks are made of two components. One component melts when heated to store huge amounts of energy, and the other acts as a matrix, keeping the block in solid form and embedding the melting particles,” Professor Kisi said.

Engineering PhD student, Mark Copus, who is working on the project, likened the process to a choc-chip muffin being heated in the microwave.

“Imagine the matrix is the cake component, which holds everything in shape when heated and rapidly distributes that heat. The other particles, represented by the choc-chips, melt and store thermal energy through the solid to liquid change phase,” Mark said.

“This process of heating, storing energy, cooling and recovering energy can be repeated thousands of times in an MGA block.”

“The blocks can be designed with internal tubing or interact with other heat exchangers so that when water is pumped in, superheated steam is formed.  Much like a traditional coal-fired power station, the steam is then used to run turbines and generators,” Professor Kisi said.

MGA Thermal has partnered with Swiss company, E2S Power AG, to design a technology to retrofit and repurpose retired and active coal-fired plants in Europe using MGA blocks.  E2S brings extensive power engineering expertise as well as their own patented IP and proprietary knowledge to the project.

Professor Kisi said the partnership paves the way to leverage trillions of dollars of stranded assets globally that are already decommissioned, or set to be.

“The cost of decommissioning a power plant is incredibly high, so their life-cycle management is a huge challenge. MGA blocks are an opportunity to re-deploy retired or stranded plants, turning a liability into a high value asset,” said Professor Kisi.