Chemicals from firefighting foams historically used on the RAAF base have been discovered in high concentration in the local environment, including in groundwater, surface water and soils.

Researchers at the prestigious Centre of Excellence for Geotechnical Science and Engineering, based at the University of Newcastle, have shown hemp seed constituents to be highly effective in removing per- and poly- fluoroalkyl substances (PFAS) from water.

They’ve now received a $600,000 grant under the NSW Government’s Research Attraction and Acceleration Program (RAAP) to further investigate its ability to treat large volumes of contaminated water. This research has also been supported by the University with additional funding of $220,000.

The funding will also be used to design a treatment process to be used on the Williamtown site.

Chief Scientist & Engineer Mary O’Kane, who is Chair of the NSW PFAS Expert Panel, says the research could have far-reaching benefits.

“There is currently no simple remediation method that can target all perfluorinated compounds – the family of chemicals at the centre of the firefighting foam contamination that has affected Williamtown and other communities around Australia and overseas,” Professor O’Kane said.

“The funding provided through the RAAP will help researchers take their ground-breaking work forward and, hopefully, find a more effective way of removing these chemical compounds from groundwater and surface water on the RAAF base at Williamtown – thus reducing the amount of contamination leaving the site.

“While the potential environmental benefits of this research are significant, so is the prospect for a major commercial breakthrough with global application,” she said. 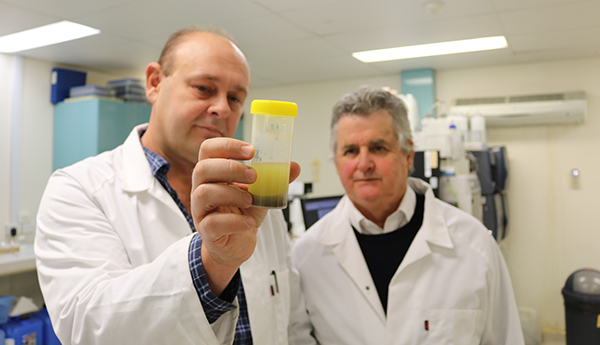 “In addition, once used, there is evidence to suggest the PFAS contamination, which includes PFOS and PFOA, can be destroyed or recovered.

“We’ll now build on this extremely promising proof of concept work to investigate how we can treat large volumes of water with a view to containing and remediating the contamination at Williamtown,” he said.

Director of the Centre and 2015 NSW Scientist of the Year, Professor Scott Sloan, added, “This is a tremendous example of local researchers working to find a solution to a local problem but the application could be much broader indeed.”