Cyclical nature of flooding could land Australia in deep water

New research from the University of Newcastle (UON) has found further evidence to support the notion that severe flooding events occur cyclically, challenging the widely accepted assumption that floods occur randomly, and raising questions around the reliability of Australia’s flood infrastructure and management strategies.

Published today in the Australasian Journal of Water Resources by UON’s Associate Professor Anthony Kiem and Mr Greg McMahon, Academic Chair of Rhodes Group Australia, the research focuses on events in South East Queensland (SEQ) and highlights the need for Australia to revisit flood management strategies and infrastructure, which are still designed and operated on the assumption that flood risk is stationary rather than cyclical.

“This further validation that flooding is unlikely to be random has huge implications, as the resilience, life and adequacy of flood protection and flood evacuation infrastructure are likely to be overestimated in the flood-dominated decades that we know occur”.

“Areas designed to deal with a certain chance of flooding may also find that in some years or decades the likelihood of these events have been significantly underestimated, which could have serious consequences,” Associate Professor Kiem said.

Associate Professor Kiem and Mr McMahon used historical data to build on extensive studies conducted by a small group of engineers in the 1980s after South East Queensland experienced severe flooding in 1974. 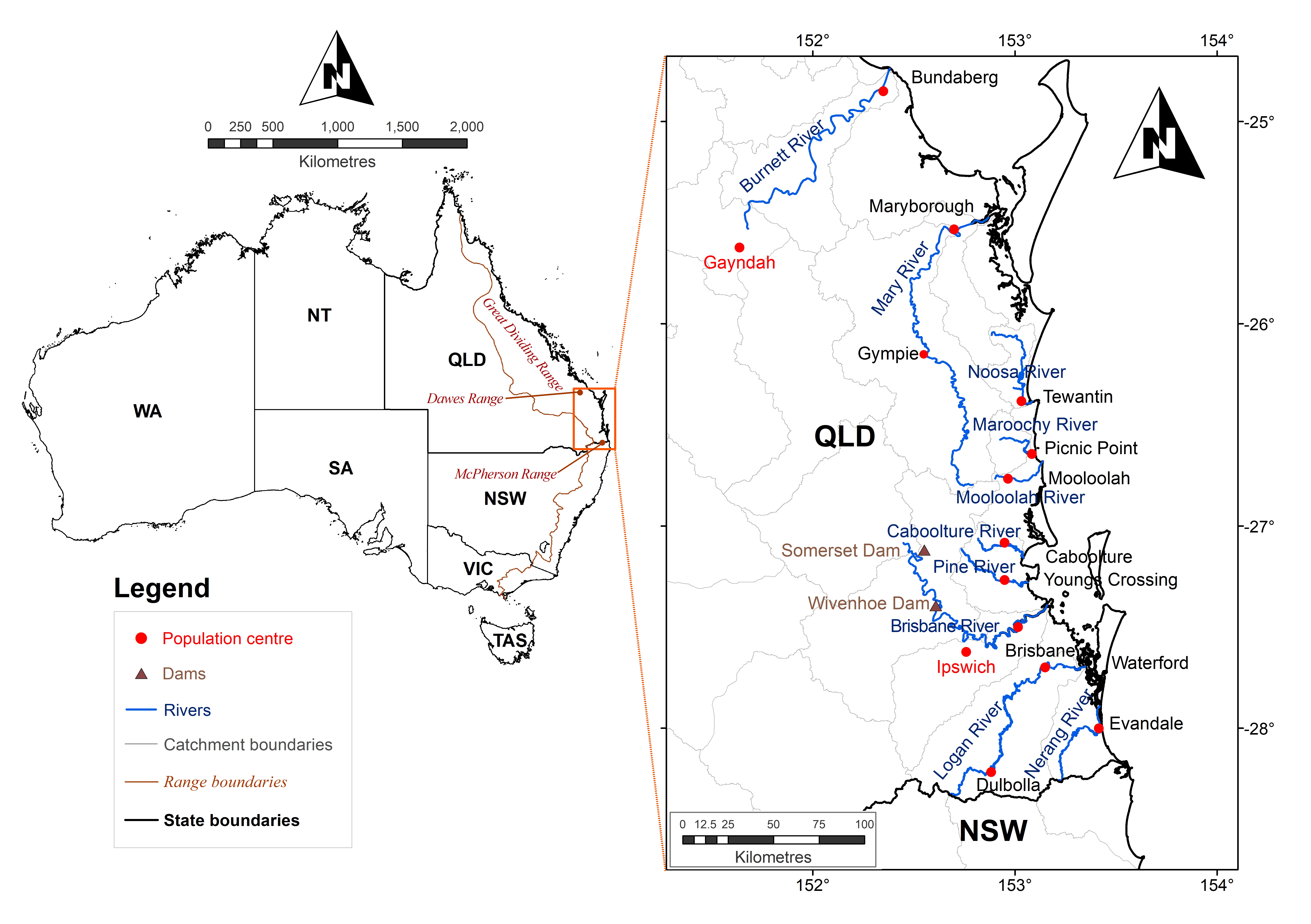 “The engineers in the 1980s noticed that large flooding events seemed to follow a 40-year cycle comprised of 5-year periods of high flood risk separated by 35 years of lower flood risk.

“Based on these findings, they speculated that the next significant ‘1974 flood’ would happen around 2013. This was realised with large flood events in South East Queensland in January 2011 and 2013,” Associate Professor Kiem explained.

Associate Professor Kiem and Mr McMahon linked this earlier work from the 1980s with more recent data and science, concluding that not only is there evidence to support the 40-year flood cycle hypothesis but there is also now a potential physical explanation.

“Our work further confirms that the floods in South East Queensland are unlikely to be random, and that large-scale ocean-atmospheric processes like the El Niño/Southern Oscillation (ENSO) and Interdecadal Pacific Oscillation (IPO) provide at least part of the explanation for this.

“It has been recognised for several decades that floods in Australia do not occur randomly and that flood risk varies over time – we should move forward with this knowledge to develop new approaches that allow for changes in flood distributions to be incorporated,” Associate Professor Kiem said.