Dr Colin D Reid has been awarded more than $280,000 in ARC Discovery Early Career Researcher Award (DECRA) funding commencing in 2015 for his research project Branching and self-similarity in group actions.

The project aims to develop the theory of groups of symmetries that have self-similarity (part of the object has the same structure as the whole) and branching (transformations may be performed on parts of the object independently of one another while preserving the overall structure).

The focus will be on a class of topological groups in which these properties frequently occur, building on methods recently developed and their actions on trees and on the Cantor set.

The project aims to significantly advance the theory of locally compact groups, as well as giving insights into the phenomena of self-similarity and branching as they occur in group theory and dynamical systems. 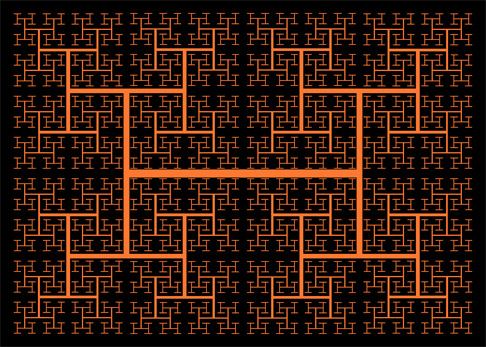 * this image uses code by Andrew Stacey, under a Creative Commons licence:
http://www.texample.net/tikz/examples/h-tree/