Research into a new drug which primes the immune system in the respiratory tract and is in development for COVID-19 shows it is also effective against rhinovirus.

Rhinovirus is the most common respiratory virus, the main cause of the common cold and is responsible for exacerbations of chronic respiratory diseases such as asthma and chronic obstructive pulmonary disease. In a study recently published in the European Respiratory Journal, the drug, known as INNA-X, is shown to be effective in a pre-clinical infection model and in human airway cells.

Treatment with INNA-X prior to infection with rhinovirus significantly reduced viral load and inhibited harmful inflammation.

University of Newcastle and Hunter Medical Research Institute (HMRI) researcher Associate Professor Nathan Bartlett, who led the study, said INNA-X showed great promise as a new way to protect people from diseases caused by common respiratory viruses such as rhinovirus. These diseases range from the common cold to potentially life-threatening exacerbations of chronic respiratory diseases, which cost the global economy billions of dollars each year.

“Consistent with what we have reported for other respiratory viruses including SARS-CoV-2 (the virus that causes COVID-19), INNA-X treatment prior to infection reduced the level of virus in the respiratory tract,” Associate Professor Bartlett said.

“We have also examined the effect of INNA-X in airway cells from patients with asthma which we know have a less effective anti-viral immune response and found that INNA-X treatment was effective providing a rationale for the use of INNA-X in at risk populations.”

INNA-X is developed by the Australian biotech company Ena Respiratory and works by stimulating the innate immune system in the airways, the first line of defense against the invasion of respiratory viruses into the body. This immune priming makes it much more difficult for viruses such as rhinoviruses to take hold, cause serious symptoms and spread. 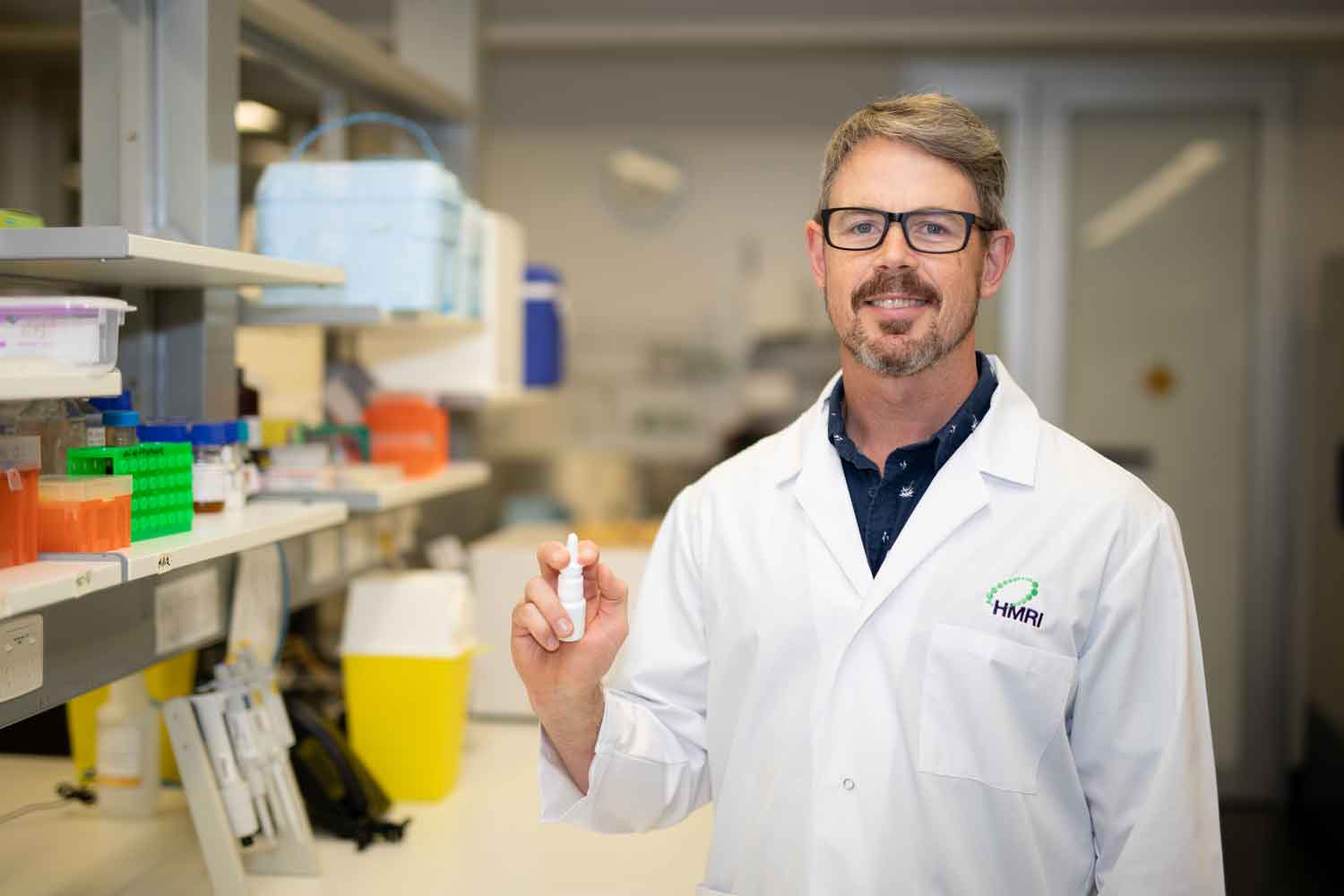 INNA-X has been also shown to be highly effective at reducing virus shedding of SARS-CoV-2 and human trials of Ena Respiratory’s clinical candidate INNA-051 will begin in Australia in the coming weeks.

“If found protective, this could be used by at risk populations including elderly or asthma patients, to reduce the severity of rhinovirus, COVID-19 and other respiratory viruses’ infections in conjunction with vaccine approaches,” Associate Professor Bartlett said.

* HMRI is a partnership between the University of Newcastle, Hunter New England Health, and the community.