Australian preschoolers’ growing screen time use, whether at day or night, is associated with poorer sleep, and poorer language and cognitive development, University of Newcastle researchers have revealed. The World Health Organization and Australian Department of Health recommend no screen time for children under the age of two and no more than one hour for children aged two to four years. However, three quarters of Australian preschoolers exceed these recommendations.

Lead investigator of the study, University of Newcastle’s Dr Emma Axelsson (pictured below), said children’s close, regular and prolonged exposure to screens was a relatively new factor in human history, and it was therefore important to understand any associations with sleep and development.

“Children’s accessibility to and consumption of media devices such as smart phones, tablets, computers and televisions has increased over the past decade. In Australia, some children as young as four own their own device,” she said.

“There is a limited number of waking hours in a child’s day and so longer amounts of time spent engaging with screens could be reducing time spent on activities that are more beneficial to optimal development.”

The study: Screen Vs sleep, language and cognitive development esearchers investigated preschool children’s exposure to screen media and associations with sleep, language, and cognition along with the time of day of screen exposure, content type, and whether use occurred with someone.

Parents and carers of Australian three to five-year-old children completed online questionnaires on their child’s screen time durations, which helped researchers identify associations between time spent engaged with three different content types and sleep duration and quality; and cognitive and language development. The content types were relaxing/calming, entertainment, and educational.

Questions sought to calculate an estimate of children’s sleep duration and the quality of their sleep through the Children’s Sleep Wake Scale (CSWS), which records factors such as how easily they settle to sleep and how often they wake through the night.

Almost all households had a laptop, tablet, smartphone and TV and about 75 per cent had a gaming console.

The majority of children did not own their own device, but nearly a quarter owned their own tablet. A large proportion (74 per cent) watched television at least four to five days per week and used a tablet (76 per cent) or smart phone (71 per cent) at least two to three days per week.

“It became apparent that all children engaged in entertainment content. However, only some engaged in relaxing/calming or educational content, and of the ones who did, the durations were relatively short.”

“The Australian Government recommends children in this age range sleep between 10 hours and 13 hours a night. Those using screens beyond one hour had sleep durations within that range, but there was a downward trend in sleep durations as entertainment screen time increased,” she said.

“This is the first known report of findings with sleep quality measured by the CSWS. Children watching beyond one hour had scores below four, which is indicative of sleep behaviour and sleep onset difficulties.” 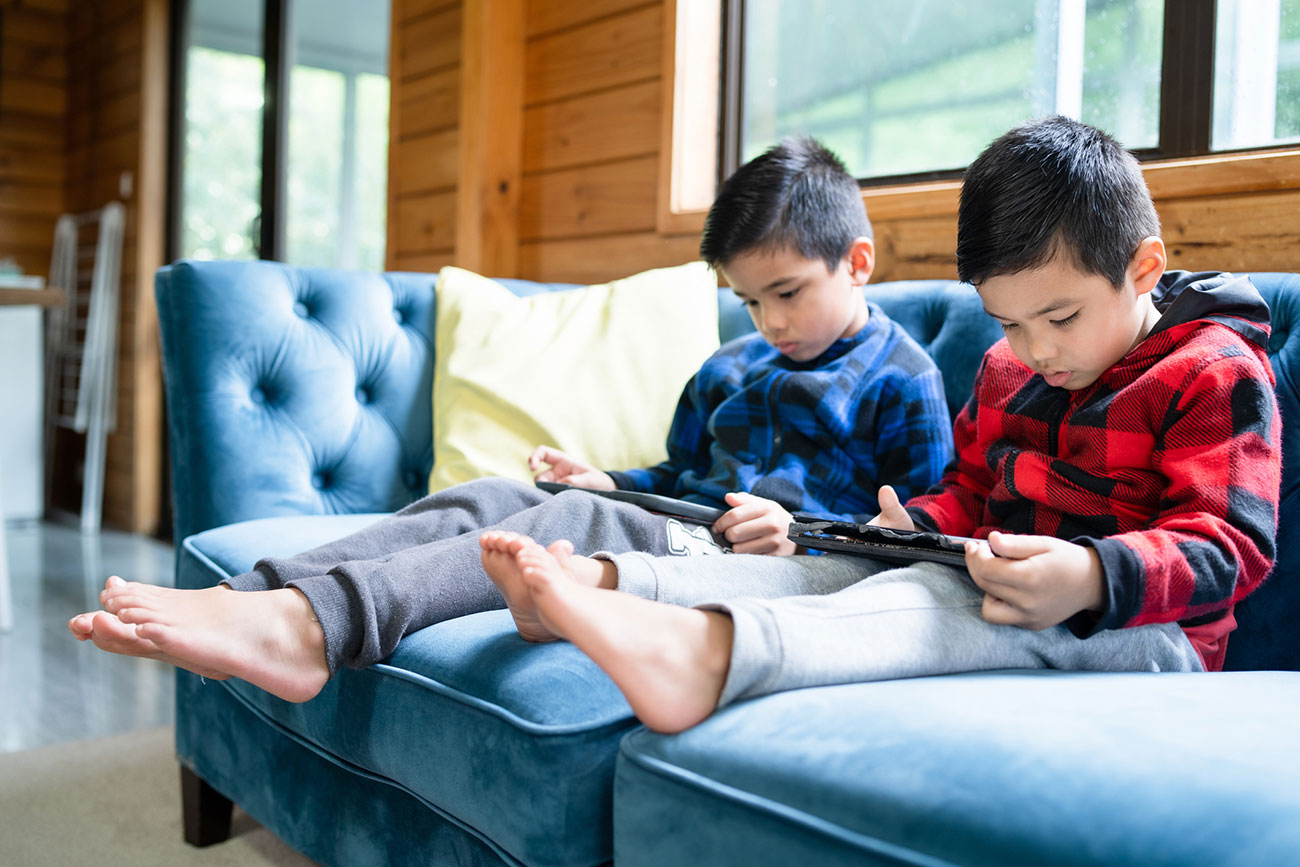 Interestingly, Dr Axelsson said those engaging with screens during the day only, had the same pattern of findings as those watching at night – greater screen time predicted poorer sleep.

“This could suggest that screen time during the day is sufficient to affect sleep at night. Screen time likely increases sedentary behaviour during the day replacing time spent being active, which is associated with better sleep quality.”

“Greater entertainment screen time was associated with lower communication scores suggesting that language development is weaker among those children who are engaging in longer screen times,” she said.

Dr Axelsson said itwas uncertain as to whether screen time had direct effects on sleep and developmental outcomes or if screen time was replacing the time children could spend being active, communicating with others and actively exploring their world using their own initiative.

“What we know is sufficient and good quality sleep contribute to our ability to function in everyday life and it is also important for child neural development, learning and memory,” Dr Axelsson said.

The research team recommends more public health interventions may be needed to further promote the benefits of lower screen time use.

“Health interventions might include clearer guidelines for the use of screen devices in childcare settings and in the home. In addition, clinicians working with children should assess screen time use as part of standard practice.”

Interested in participating in the next stage of this research? Email kidsdevelopment@newcastle.edu.au to register your interest.