LANDMARK RESEARCH INTO ABORIGINES PROTECTION BOARD

First comprehensive study into the activities of the NSW Aborigines Protection Board begins. 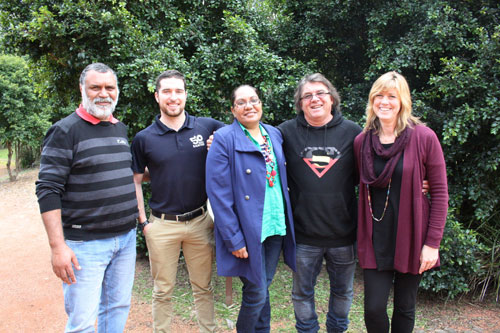 From 1883 until 1969, the lives and affairs of Aboriginal people in NSW were utterly controlled by the Aborigines Protection/Welfare Board.

For the first time, a comprehensive investigation of the Board's activities and subsequent effects on the lives and families of Aboriginal people in NSW will be undertaken including both archival and oral history research.

Lead chief investigator and Director of the Wollotuka Institute Worimi man Professor John Maynard says it's crucial this research is conducted while people who lived under the control of the Board are still alive.

"Those who were young people at the end of the Board regime in the late-1960s are now reaching the end of their lives, bearing in mind that the life expectancy for Aboriginal men and women in NSW born between 1996 and 2000 is still 60 and 65 respectively (AIHW 2006: 234)."

"The impact of the Board's policies of segregation, assimilation, child removal and wage withholding continued for decades and the negative results of those government directives are still visible today. There's been a long desire from Aboriginal people to have written and recorded the ways in which this long history of government control affected their lives."

The research will be conducted over four years with a team of NSW researchers visiting numerous locations across NSW where Aboriginal missions and reserves were established to collect personal oral histories and family/community recollections and records including retained letter, documents and photographs.

They plan to produce a landmark social history of the Aboriginal experience of the NSW Aborigines Protection/Welfare Board. The research team include Indigenous researchers Professor Jaky Troy at Sydney University, Dr Laurie Bamblett at the Australian Institute of Aboriginal and Torres Strait Islander Studies in Canberra, and Dr Lorina Barker, descendant of the late Aboriginal historian Jimmy Barker, at UNE in Armidale. Non-Indigenous researcher Associate Professor Victoria Haskins at the University of Newcastle will focus on recent finds within the NSW State Archives.

"Within the last few years they've found a lot of correspondence that dates from the late-1930s. But even where official correspondence is missing, we know that sometimes the other half of it is within personal collections in communities."

Dr Ray Kelly also with Wollotuka at the University of Newcastle will facilitate community workshops and hopes that the research will provide valuable information for all Australians, "If we can find a way to bring these stories to light it gives credibility to the Aboriginal story – our lived experience – and it will benefit the whole country."