When Andrew Seyderhelm left his job as a video game developer, he never imagined years later he would be using his skills to help train recruits for the Australian Federal Police (AFP). 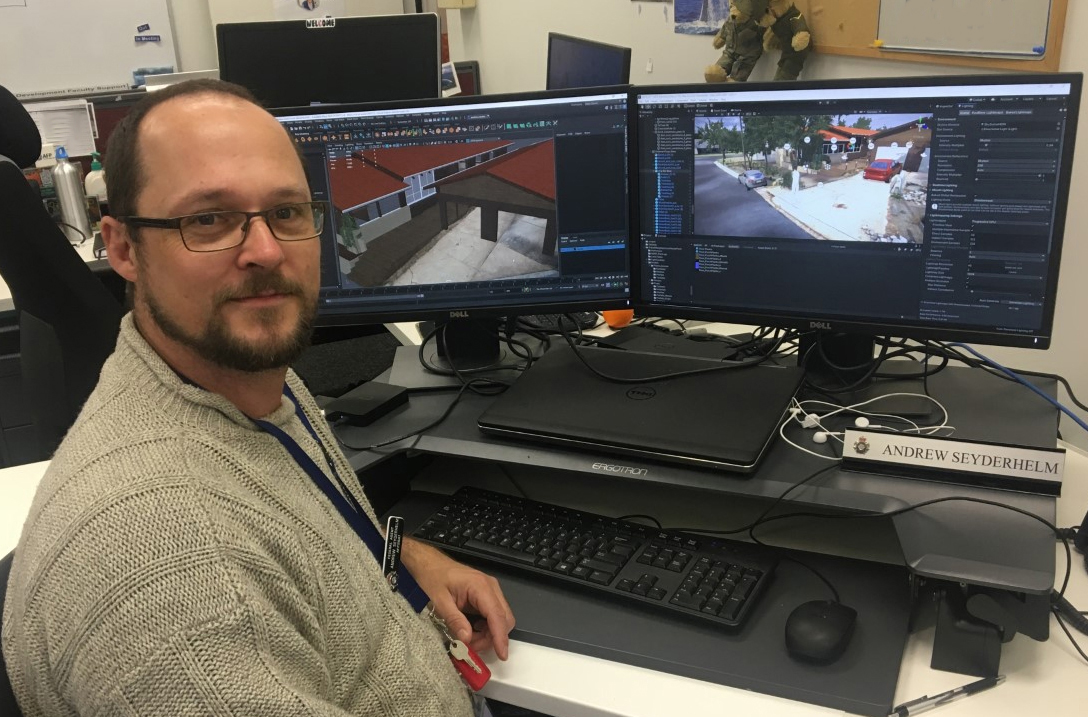 The University of Newcastle PhD student spent seven years in the gaming industry, before switching careers to become a Police Officer.

Now he has just landed a new role at the AFP as its first Serious Games and Simulation Strategist to help train and develop recruits.

“My role is to help make our Police recruits the best possible,” Andrew said.

“Serious gaming is a relatively new area in terms of training and development of Police Officers, but the AFP recognises that using technology to train recruits is the future, which is why it’s established my new role. It’s an amazing opportunity.

“There’s this misconception that serious games have to be boring. But just look at some of the jobs and situations the Police face – search warrants, armed defence, confined space rescue, SWAT teams – all of this requires training, which can be aided through simulation.

"I want to show that serious games can be fun, engaging and, most of all, really, really valuable."

And the training has already proven its value. A search warrant training simulation Andrew developed and tested on 42 students at AFP College in late 2018 and early last year has shown as much as an 18 per cent increase in recruits’ confidence in carrying out search warrants. As a result, the AFP is keen to make the simulation part of every recruit’s training.

Now, after taking up his new role a couple of months ago, Andrew aims to complete his Computer Science PhD and develop simulations that resemble as close to one-on-one training experience as possible.

My research is looking at how we can move towards developing a framework for serious games that incorporates cognitive adaption. This means the game changes based not only on how you perform, but also on how hard your brain is working to process things.

For example, someone could be passing the tests within the game, but if they’re doing so by the skin of their teeth, their brain is working on overdrive and they’re overwhelmed while doing it, we need to alter the settings if we want them to develop.

After leaving THQ, he spent a few years as a stay-at-home dad, during which time he worked on his own unreleased video game, before a change of direction saw him train to become a Policeman. In 2013 he joined the Australian Federal Police (AFP) as a Federal Agent, and in 2018 was given the opportunity to develop a serious game proof of concept for the AFP.

“I knew the AFP was looking at the policing of the future, which would obviously need to take into account increasing use of technology. So, I started to have a chat to people within the organisation about how I might use some of my design background to help create training and development solutions for the Police force.

“It took nearly three years and a lot of conversations later to get to the point where I eventually sat down with one of the supervisors and he said ‘Go on then, make me something.’ So I did.”

It was then that Andrew designed, tested and developed a full 3D first-person video game, the Search Warrant Training Simulation (SWTS), and was asked to pilot it on cohorts of AFP recruits. 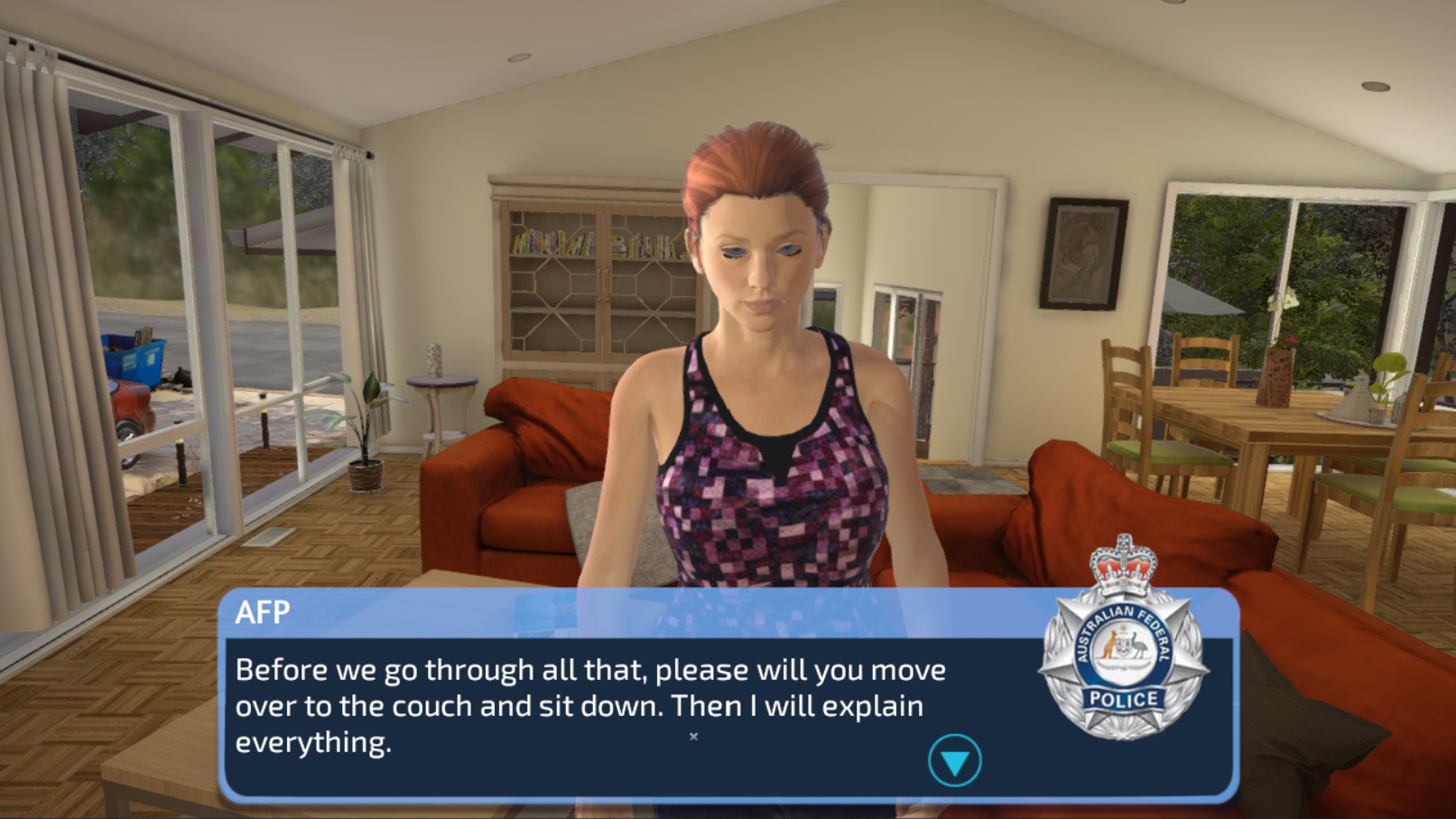 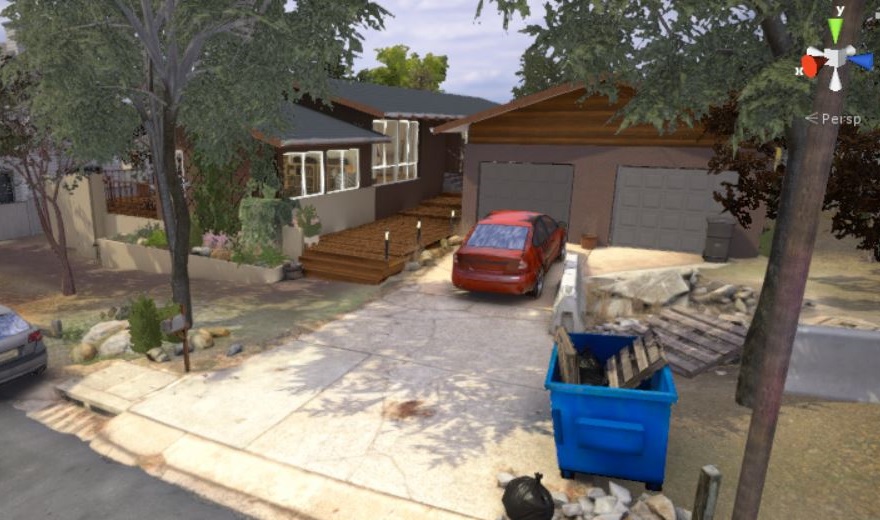 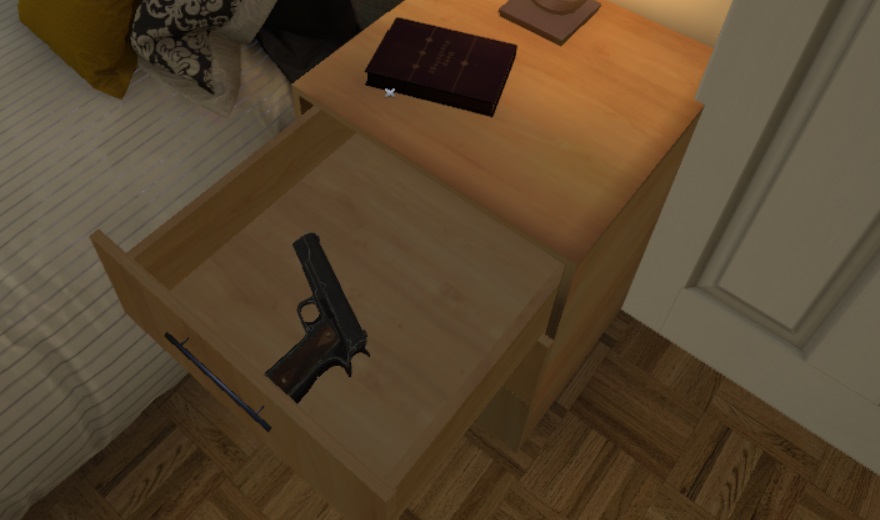 “There was no team developing the SWTS – it was just me. It was really challenging, but I knew I had the subject matter background to go with my design skills, so I didn’t mind jumping in the deep end, so to speak.”

It was during this time Andrew successfully applied for a Higher Degree by Research (HDR) scholarship at the University of Newcastle – a scholarship also sponsored by the NSW Defence Innovation Network and Bohemia Interactive Simulations, a global provider of simulation technologies and training solutions for military and civilian organisations.

“I’ve always enjoyed study and get a lot out of it. When I saw the scholarship for a serious games researcher at Newcastle, I knew I’d apply right away. It was a really unique opportunity and I’m fortunate enough to have the fantastic support of the University and a brilliant supervisor in Associate Professor Karen Blackmore.”

Andrew started his Computer Science PhD in February 2019 under the research topic “Real-Time Cognitive Measures for Enhanced Human Performance”. Last year he was also offered a spot on the final ever CSIRO-funded ON Prime program to help equip him with the skills to potentially take his simulation games to market, or at least realise them in the real world.

He recently presented at the inaugural Australia and New Zealand Emergency Services Learning and Development Conference, and had his first PhD paper published late last year, which led to attending a serious games conference in Peru.

“It’s been an amazing journey so far. It hasn’t come easily; it’s taken a lot of risks, hard work and being open to opportunity, but to get to the point where I’m able to combine two of my passions, video games and policing, feels incredible.

“I now have an opportunity to make a real difference through my job and my research, and I’m excited to make the most of it.”