A new way of measuring the volume of poop produced by sea cucumbers has alerted researchers to the essential role these sea creatures play in shaping and keeping the world’s coral reefs healthy.

Remote sensing data obtained from drone and satellite imagery of the Heron Island Reef in Queensland, Australia has been used to better understand the huge volume of sediment passed through holothurians (sea cucumbers). 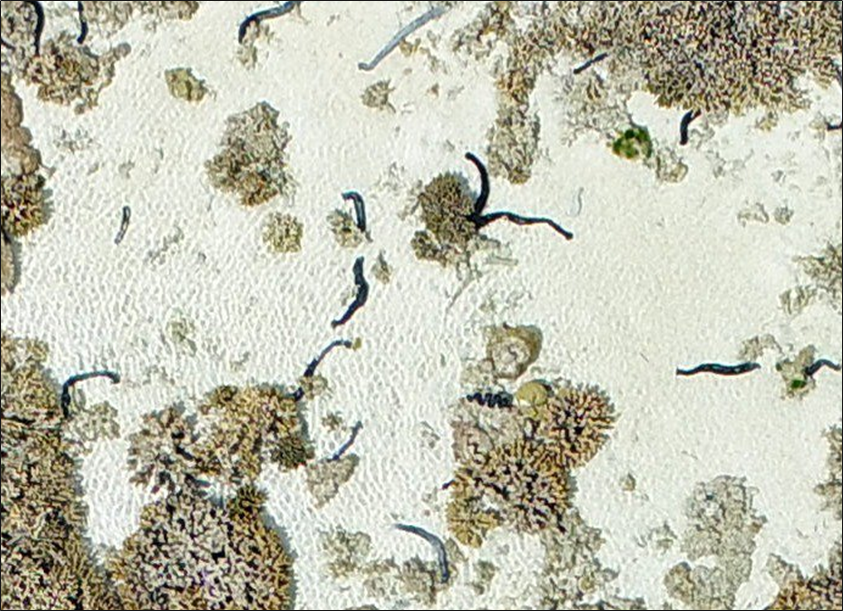 The new study, published by researchers from Macquarie University, the University of Newcastle and James Cook University, highlights the need for better protection for this often-overlooked sea creature.

“Our research found that each year sea cucumbers can poop over 60,000 tonnes of sediment across a coral reef, approximately the mass of five Eiffel towers,” co-author and marine scientist at the University of Newcastle Dr Vincent Raoult said.

“It is likely that most of the sediment found on coral reefs has been through a sea cucumber many times, and therefore the disappearance of these creatures would have negative flow-on effects to reef ecosystems.”

Sea cucumbers are closely related to sea urchins and sea stars and spend their lives eating sediment, digesting the micro-organisms present, and pooping out ‘clean’ sediment, just like earthworms. This process, called ‘bioturbation’, plays an important role in coral reefs by aerating the sea floor, providing ‘fresh’ sediment, and releasing calcium carbonate into the water as a by-product to help support coral growth. Their high value in Asian markets has encouraged global overfishing and sea cucumbers are now threatened globally from commercial fisheries, with seven species endangered and nine in a vulnerable category.

“There is great concern among scientists that the important ecological function of sea cucumbers will be lost,” lead researcher Associate Professor Jane Williamson from Macquarie University said.

“Until now though we did not know just how large this effect could be on a reef, because counting sea cucumbers on a such a vast scale is difficult.”

An aerial view of poo

On Heron Island, a coral cay off the coast of Queensland and the southern Great Barrier Reef, the researchers deployed drones to map nearly 30,000m2 of the reef lagoon at very high resolution, allowing sea cucumbers to be seen and counted.

“Using satellite data, we then extrapolated these patterns to the entire reef to have an approximate total number of sea cucumbers present,” Associate Professor Williamson said.

“In parallel, we ran experiments in aquarium facilities to determine how much sediment was passed by individual sea cucumbers on a daily basis.”

By combining this information, the researchers were able to calculate the amount of poop produced by sea cucumbers every year across this 18km2 coral reef. 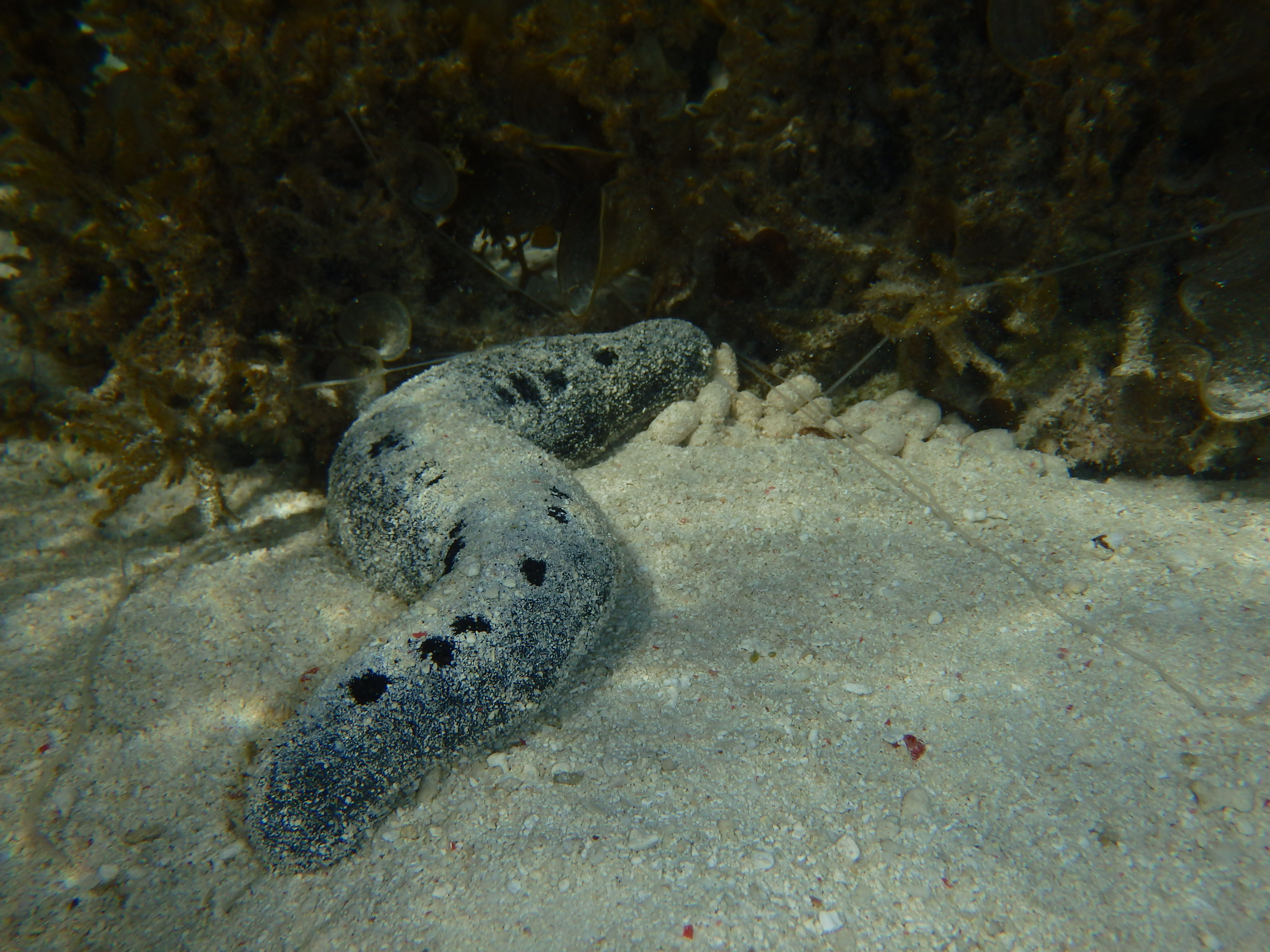 “Data on this scale would have been impossible using traditional methods, which requires swimming in approximately straight lines and manually recording every sea cucumber that is seen,” Dr Raoult added.

The study, Putting sea cucumbers on the map: projected holothurian bioturbation rates on a coral reef scale was published in the journal Coral Reefs.

Boring can be beautiful

Sea cucumbers are overfished globally, and populations can take decades to recover from such exploitation.

Dr Raoult said that while Australia is a world leader in terms of the management of sea cucumbers, even here their value has been attributed to their role for fisheries rather than their crucial place in the reef ecosystem.

“Perhaps because they’re seen as boring, they get ignored and the risk is that as a result they haven’t been considered an important factor in the ecosystem of coral reefs,” Dr Raoult said.

“If we want to have healthier reefs, we can’t just ignore the fact that sea cucumbers are disappearing and focus solely on climate change, even though that is the major threat to coral reefs, we have to make sure that we address other issues such as overfishing as well.

“It’s very hard though for scientists to have a sense of what the loss of a species might be if we don’t know the scale of their role in the ecosystem.”

The researchers are hoping that their method of surveying sea cucumbers can be expanded to ensure global populations are adequately measured, understood and managed.

“We’re advocating that the functional role of sea cucumbers on coral reefs is likely to be much more substantial than previously thought and therefore greater attention needs to be directed to their management and ecology, particular when it comes to overharvesting of reefs that are already compromised,” Associate Professor Williamson said.