Giving birth has been the foundation of the human race since the start of humanity, but the primal practice is set to benefit from groundbreaking advances in virtual reality (VR) and augmented reality (AR) at the University of Newcastle (UON).

Through the use of digital headsets, VR and AR allow users to be transported into alternate worlds, giving them the ability to adjust their surroundings and experience something that feels real, but is in fact a simulated environment.

Utilising the Samsung GearVR and HTC Vive (VR) and HoloLens (AR) headsets, UON students will be among the first in the world to learn key anatomy and birthing techniques through virtual and augmented simulation.

The technological advance, securing UON as a leader in the field, is likely to have significant impact on the future of education around the world, as well as substantial benefits for industry. 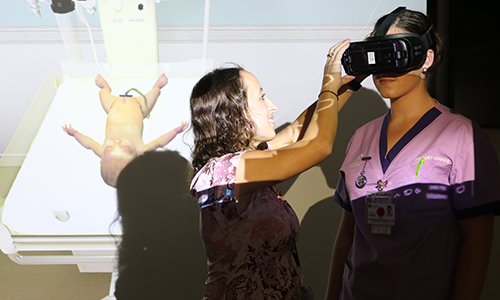 A new way of teaching

A collaboration between UON’s School of Nursing & Midwifery and Innovation Team, the first of the new VR projects simulates a real-world delivery room, providing midwifery students with a virtual emergency neonatal resuscitation scene.

Students are required to undertake a series of steps to pass the time-critical scenario, which can be undertaken with a virtual ‘helper’ in a practice mode, or individually in a formal test.

Lecturer in Midwifery and co-project leader, Ms Jessica Williams, said a virtual representation of a common but critical practice was key in ensuring graduates excel in the workplace.

“With 15 per cent of births in Australia and New Zealand requiring some form of resuscitation* – a number even higher in premature babies – it is imperative our students feel comfortable and confident applying their experience in a time-critical, emergency environment.”

“New graduates may find transitioning from performing a neonatal resuscitation in an educational setting to a real-world emergency room an overwhelming shift, which is exactly why we designed the program to bridge that gap,” Ms Williams said.

Run via an app developed for PC, iOS and Android, the technology is designed to maximise students’ learning experience by allowing them to train outside the classroom at their own pace.

“Neonatal resuscitation is a vital but advanced skill, meaning naturally the training takes time and resources to complete. As the simulation is easily accessible and portable, our students can study anywhere at any time,” Ms Williams said.

As part of a randomised trial, 18 new GearVR headsets will be available to second-year midwifery students at UON’s Callaghan and Port Macquarie campuses. Students will be able to opt-in for the chance to use the simulation as part of their learning experience, which will then be compared to those without access to ascertain the benefits of the virtual resource. 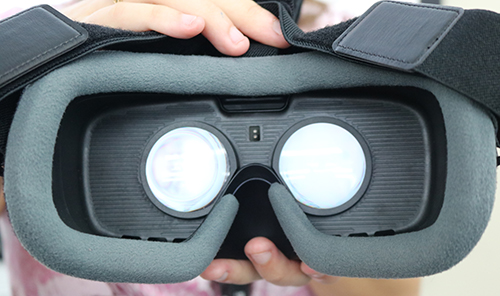 In addition to the neonatal resuscitation simulation, UON’s Innovation Team has developed a new AR resource to assist with education in anatomy and physiology. The intricate field of study requires extensive detailed knowledge of the human body, its makeup and functions.

Utilising a HoloLens headset, which projects a hologram into the users’ actual surroundings, the team has developed a gender-changeable human form with interactive ‘layers’ which expose the different working functions of the body.

“The benefit of an educator being able to utilise VR and AR to teach these complex areas of study is that there is a clear working depiction of the subject right before their eyes, which can be projected and shared with a classroom.

“Health resources are often a textbook picture, which can lack detail, or a real-life subject, which involves the consent of a third-party. Virtual and augmented simulation combats this with the ability to provide ease of access with an incredible level of complexity and detail.

“Technology adds the 'reality' of real life into teaching. Our aim with this technology is to fuse the separate parts of learning that students gain in theory, labs and work placement into a virtual simulation that lets them experience the pressure of what really is a life or death situation in the safe, repeatable environment of VR,” Mr Williams said.

With the predicted success of the new resources, UON’s Innovation Team is already nearing completion on its next project – another partnership with the School of Nursing and Midwifery.

“The next step is to update the HoloLens figure to depict a pregnant woman as an opportunity for students to gain a full understanding of gestation and the impact the baby’s position has prior to childbirth,” Mr Williams said.

The implications of UON’s advances in VR and AR are set to have wide spread impact on the broader community and industry, both locally and internationally.

With industry partnerships already on the table, Deputy Program Convenor of Midwifery and co-project leader of the neonatal resuscitation scenario, Mr Donovan Jones, said he is confident the VR and AR breakthroughs will translate into real-word solutions.

“We have had interest from clinical partners to commercialise the app in order to roll it out to hospitals and international universities. We’re looking at partnerships with the UK, USA and Singapore with hopes the resource will be a vital tool for those working in third-world countries where access to training is an issue. 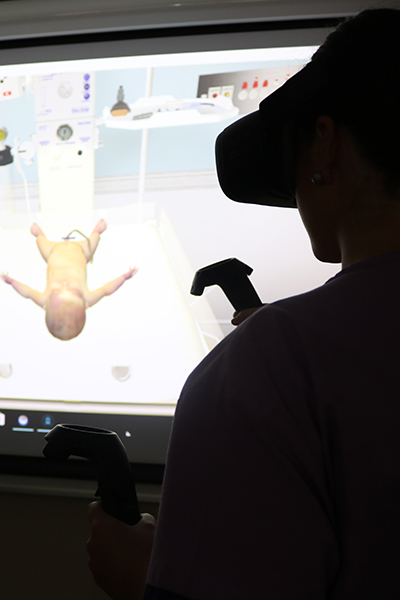 “As a specific example, midwifery professionals are required to take a yearly neonatal competency test, which our neonatal resuscitation simulation has the opportunity to positively impact,” he said.

As for the future of simulated reality at UON, Mr Craig Williams said and his team are eager to continue to test the boundaries of VR and AR and the role they play in education.

“The limits to VR and AR are endless, with advancements across the globe developing at a rapid rate, but we hope these key educational projects will progress health and medicine education in ways that haven’t been explored before.

“UON is forging a path in this field as we work towards a better future. I look forward to continuing our work delivering technological advances with real-world benefits,” Mr Williams said.