Mining Voids: Extraction and emotion at the Australian coal frontier

Anthropologist with the School of Humanities and Social Science and member of the Centre for 21st Century Humanities, Dr Hedda Askland, has published a journal article with Cambridge University Press entitled Mining voids: Extraction and emotion at the Australian coal frontier.

The article highlights the schism that Dr Askland has observed, in which the values, beliefs and practices of small communities at the extractive frontier are juxtaposed to those of industry and government interests.

“In this article, I explore this juxtaposition and seek to bring attention to the power relations that shape experiences of environmental change and, specifically, mining,” she said.

The article focuses on the ongoing ethnographic study Dr Askland is conducting with mining affected communities in New South Wales.

It started with one case study on the small village of Wollar in the Mid-Western Region of NSW but it has since expanded to include Wollar’s neighbour village, Bylong and Gloucester, a larger township on the Mid-Coast. The purpose of the study is to investigate lived experiences of mining and cohabitation of land uses, looking particularly at questions of migration and displacement.

Through the course of the research, Dr Askland says she has noticed a polarisation of views that largely follows the dominant discourse of the economy versus the environment.

“On the one hand, the mining industry and its supporters emphasise that the contribution mining makes to local economies and sociality and forwards an argument for extraction resting upon an economically rationalist fear of unemployment and regional decline,” she says.

“In none of my field sites have these views, however, been expressed by people at the very coal frontier; that is, by those who live within the small villages that are the mines’ closest neighbours. Here, people express a deep sense of loss and disruption; within these places, mining has caused ruptures—physical, social and ontological—and lead to anguish and despair. No place is this more obvious than in Wollar, where there is now only a handful of residents left.”

Wollar, as well as the other two case studies, presents an example of how mining extracts negative emotions and how it disrupts, dispossesses and displaces. 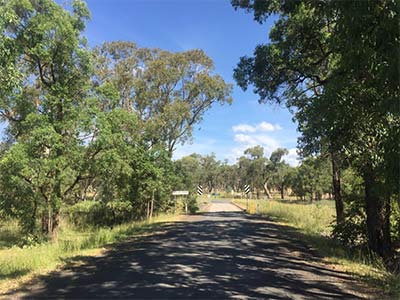 For the people living at the coal face, the fight is not necessarily driven by the sense of crisis and urgency due to climate change.

“Rather, for them, the fight relates to how mining has dug not only dirt and minerals but also people and emotion out of place. It has left a void—physical, social and temporal—where affective imaginings of future place are colonised by a rationalist mining discourse.”

There are no longer cricket games and bush dances, there are no Friday beers and neighbours and friends are few and far between.

“The narrative of a close-knit community has been replaced by one marked by the breakdown of the community, increased competition and suspicion, fragmentation and loss. Today, the narrative of the village is not shaped by the residents but by its nearest neighbours: three open-cut coal mines owned by multinational extractive industries,” Dr Askland said.

Whilst the residents mention the negative impacts of noise, vibration and dust, it is the loss of community and a sense of social and temporal voids that stand out in their narratives.

“In contrast to the noise, dust and vibrations, which may have a direct impact on the residents’ day-to-day lives, their sleep and health, the hollowing of the community creates a different type of pressure and stress, in which the present destructions are projected to cause future dissonance.”

“In contrast to the direct impact of mining activity—such as noise, dust, blasting and vibrations—which will cease once the mine closes, the loss of community and sociality is feared to be permanent,” Dr Askland said. “Degraded or damaged ecologies—as captured in the materiality and mythology of the mining void—may destabilise human life-worlds and replace imagined futures with experiences of loss and endings. This is not only a matter of environmental change; the distress linked to negative environmental changes is also about the sense of loss of control over place and, not least, personal well-being and life lived in the present and anticipated for the future,” Dr Askland concluded.