The Confucius Institute held the annual Newcastle China Week festivities on 21st September to 23rd September 2018 based on a theme of ‘Innovation and Entrepreneurship’ and a celebration of the Mid-Autumn Festival. The festival was an unprecedented success with over 30,000 attendees during the three-day event. The China Business Forum was held at NeW Space on Friday, 21st September participated by high calibre speakers such as Alibaba Group (Australia and New Zealand), Westpac, Port of Newcastle, Invest HK of Hong Kong Government, The University of Newcastle, and Asialink. The Saturday Hawker Food Night Market was held at twilight at Gregson Park in Hamilton, showcasing a myriad of local vendors offering Asian inspired culinary delights. Patrons were treated to a spectacular fire performance and interactive stilt walking characters under the illuminated full moon structure. The Sunday China Cultural Street Festival on Beaumont Street was opened by Nuatali Nelmes, Lord Mayor of Newcastle and Professor Kevin Hall, Acting Vice Chancellor of the University of Newcastle. The Jin Wu Koon Dragon & Lion Dance Association treated the crowd to an amazing showcase of dancing on poles as well as the prestigious performances direct from China by the Beijing Dance Academy. 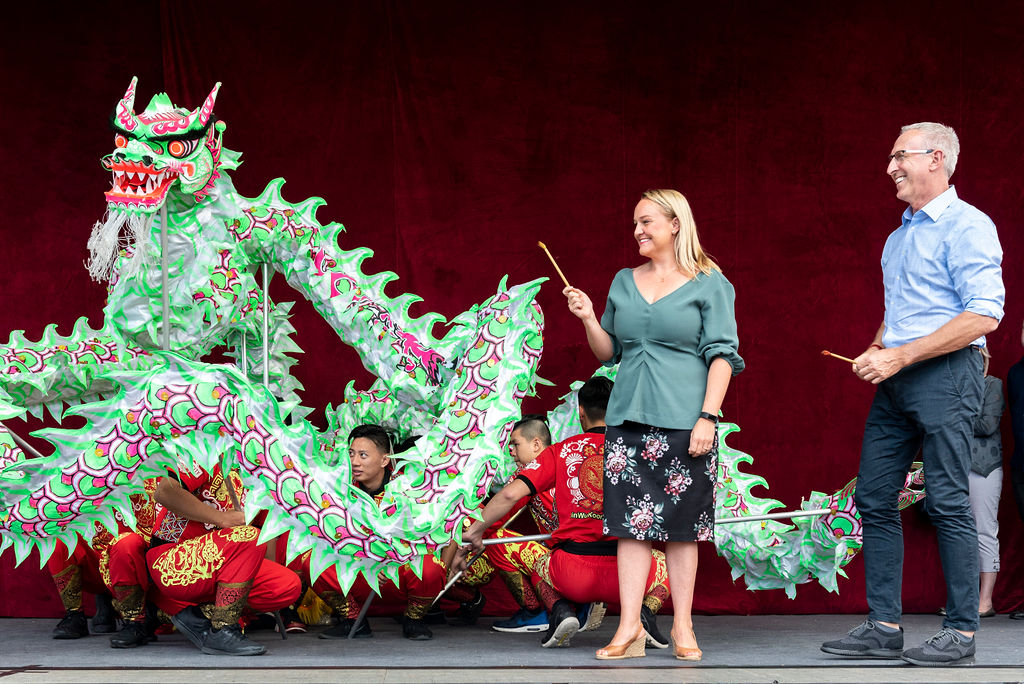 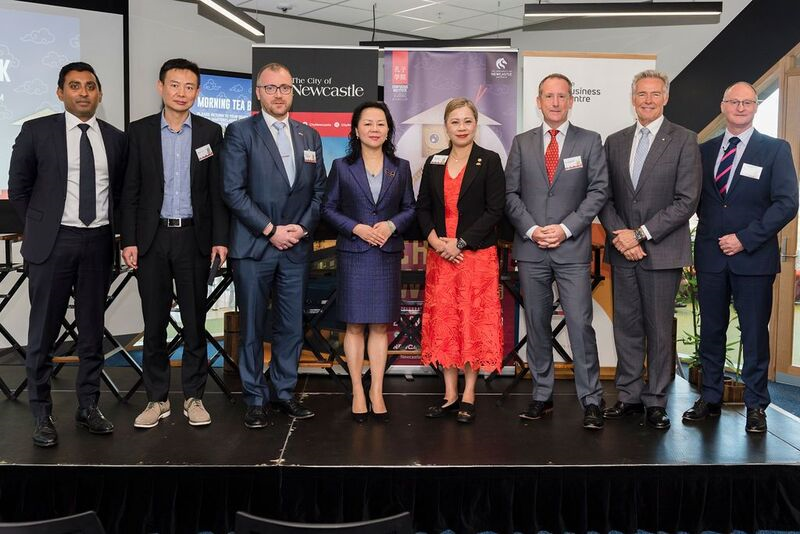 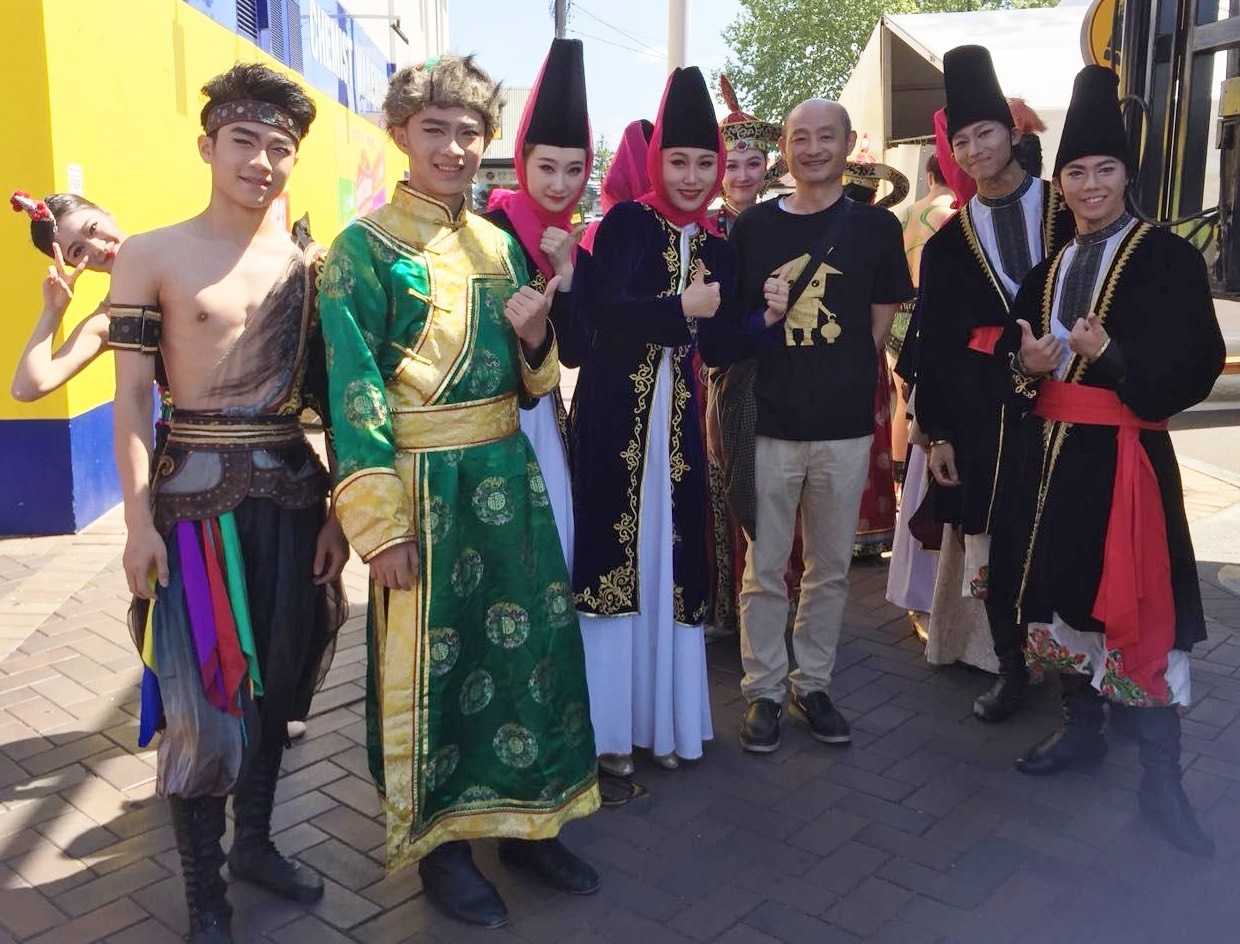 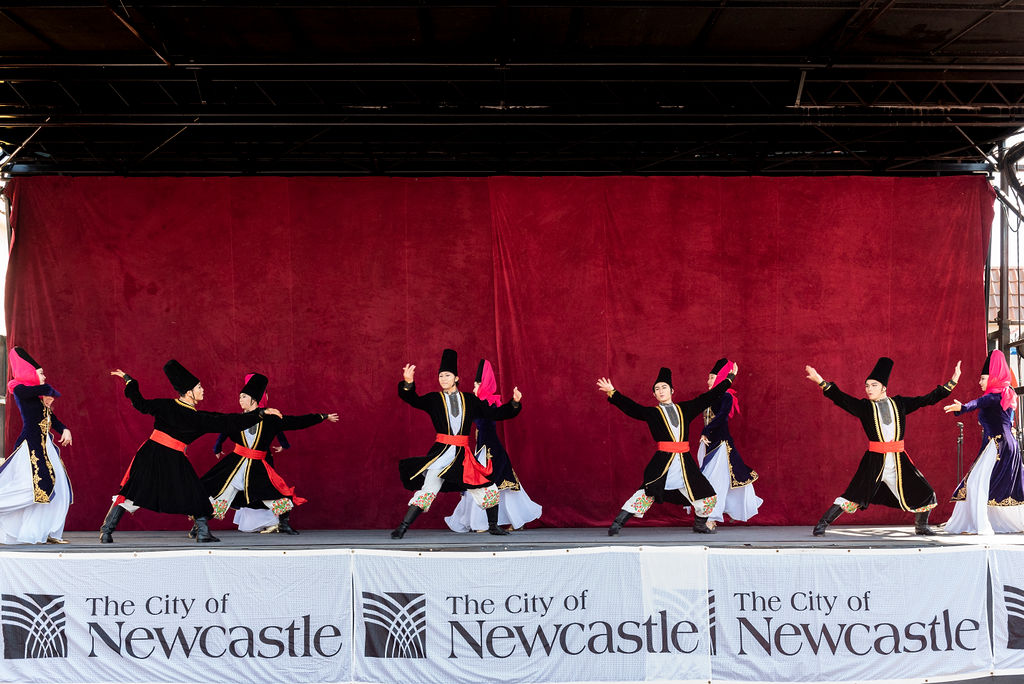