Tony Travaglione hails from the gold mining region of Western Australia. After a stint in Newcastle 15 years ago, he's come back as the Pro Vice-Chancellor of Business and Law - and he's on a mission to make our Business School one of the top 10 in Australia. 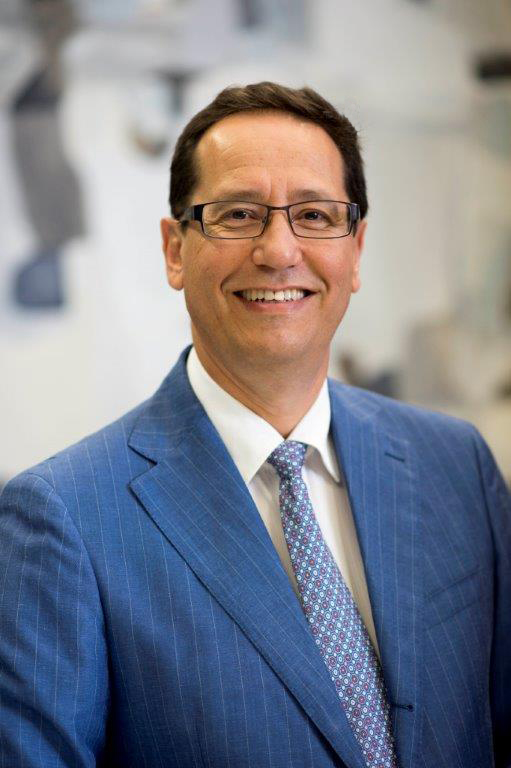 You could do whatever you wanted in Kalgoorlie. I lived in Kalgoorlie in Western Australia until I was 17 years old. As a young person there was nothing you couldn’t do. It was a different generation; I’d get on my bike and ride 14km to go trapping rabbits. Kalgoorlie was very memorable and character building.

I never found anything metal detecting. One of my friend’s family became incredibly wealthy when his father discovered a massive gold deposit – it was the biggest find since the 1800s. It made news headlines for years but he went broke because he spent all his time in front of the media and not digging out the gold. He bought 10 trucks and forgot to employ the people to drive the trucks! What a classic failure of business.

I got into mining, I was working underground at Mount Charlotte which is the deepest mine in Australia. One day I came up to the surface and my brother, an engineer, was there and he said, “You’ve got to think of the future, it’s a university education”.

I was at UON about 15 years ago working in the Graduate School of Business. When I was here last time it was a different stage of my life. I came with my wife and three young daughters and they loved it. We left for family reasons but it was an amazing and enjoyable part of our lives.

If you want to be inspired, you wake up early and see the sun coming over the ocean. It’s just beautiful. At 6.25am I am out the door with passion because I walk six kilometres to the top of Nobby’s and back again. That was a huge motivator when I came up for my interview the first time. But I was conflicted. I was at the University of Western Australia and I was the youngest Associate Professor they had ever employed there. But UON put me up at Noah’s on the Beach and I went for a walk and the sun came over the ocean and I thought, ‘I’m going to get this job’.

There is a lot of good work and a lot of potential here - that’s why I have come back. The people here are really good, honest straightshooters and I think I can contribute quite a lot to the Faculty, particularly the Business School.

There is a lot of good work and a lot of potential here - that’s why I have come back. The people here are really good, honest straightshooters and I think I can contribute quite a lot to the Faculty, particularly the Business School. The Business School should be placed in the top 10 business schools in the country and it has the potential to get there. We can do more here, at NeW Space, at Sydney and the Central Coast.

Engagement with industry is absolutely critical and our students need to have industry experiences. The game is changing to create a niche for the Business School. We’ve got to be able to give students internships and placements and work integrated experiences. Employers are now looking for students that, over the course of a three year degree, have had the opportunity to understand how the business world works and to gain knowledge in a real business – it’s an extra screening device. They want to know students have been tested in the workplace, have a reference from the person who gave them an internship, and if they’ve done a great job. They will get a job from that internship. 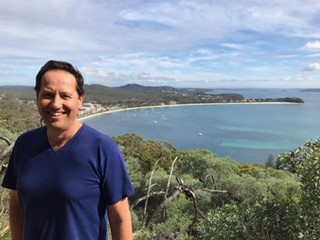 I see myself as visionary, transformational, consultative. Even entrepreneurial. I like working for our current Vice-Chancellor. She’s an action VC, she’s very entrepreneurial and there’s an alignment of my style to that. In this job I see myself getting things done.

Undoubtedly my highlight was teaching at Stanford University. Stanford was ranked number one in the world and I was fortunate enough to teach the MBA students there. I got the role with an email to the Dean saying, ‘G’day, I’m Tony. Here’s my CV and I’d like to come and teach at Stanford’. I believe you can do anything if you really want it, and often if you just ask.

The CEOs of the mega companies like Google were delivering classes to the Stanford students. It was amazing that people who were so successful in their businesses would find time every week for 10 weeks to teach MBA students. They gave to the community. That’s this whole escalating up of talent and that’s one of the things I’d like to do here – get the business community involved in our delivery in to the MBA as guest lecturers. Novocastrians are passionate about the University and if they’re asked and the opportunity is provided to them, they will take that up. It’s just actually asking.

That’s one of the things I’d like to do here – get the business community involved in our delivery in to the MBA as guest lecturers. Novocastrians are passionate about the University and if they’re asked and the opportunity is provided to them, they will take that up. It’s just actually asking.

My parents were in Italy until the 1950s. They came out here in their 30s and established their lives in Gwalia in Western Australia, which is a very interesting place. The place was set up by Italians but there was one person who recruited all the Italians and it was a guy called Hoover. He was an engineer from Stanford University and when he finished doing all the wonderful things he did in Australia, like setting up the West Australian School of Mines, he went to the USA and got a pretty irrelevant job there as the President of the United States.

The final word. My surname is difficult for some to pronounce and I’ve heard all sorts of interpretations.It’s Travaglione – with a silent ‘g’.