From a PhD on cauliflower and broccoli to being a world leader in reproductive science, Professor Lee Smith shares his journey to become Universities Pro Vice-Chancellor of the Faculty of Science.

I have an inherent interest in understanding everything. That’s one of the things that attracted me to my new role at the University of Newcastle, it’s such a wide range of different people and different subjects.

One of the biggest rewards in science is the opportunity for discovery. It’s exhilarating being the first person in the world ever to know something and realising that dogma that has stood for decades is wrong. I led a project looking at the role of cells inside the testis called the Sertoli cells. There has been 150 years of research and more than 25,000 publications on what these cells do. They are known to be important for defining that you develop as a boy, and for sperm production in men, but between these two stages of life they were believed to do nothing but proliferate. What we demonstrated were 10 completely new roles for these cells during this period. They control the development of other cells types in the region, and had other functions in terms of forcing cells down specific fates, and controlling hormone production. This research has fundamentally changed our understanding of how the testis develops and works, and has literally rewritten the text books (I may be biased in this though, as I wrote one of them!).

My PhD was on cauliflower and broccoli. My job as a geneticist was to determine the genetic difference between the two; they are the same species so why do they look so different? The idea was to be able to move anti-cancer properties from one crop into the other crop, but if bred together you got some intermediate thing that no one would ever have bought. I identified two tiny changes in DNA in two genes, and that’s all the difference there is between the two. We were then able to use the information to begin to develop new crop varieties. Interestingly, this also turned into a bit of a history project. Cauliflower was only developed 400 years ago in the south of Italy, so by tracking the genetic changes I had discovered in varieties of cauliflower and broccoli from across the city states that then made up Italy, I was able to produce a snap-shot and map of who was trading crops with who in 16th Century Italy.

This research has fundamentally changed our understanding of how the testis develops and works, and has literally rewritten the text books.

I moved into mouse genetics on the grounds that it’s simpler – plants keep breeding to different species which the mice tend not to do! The plants I was working on in my PhD have six copies of every gene, whilst mice, like humans, only have two copies (much more manageable). I was working on sex determination at MRC Harwell and the University of Oxford, defining the difference between boys and girls at a fundamental genetic level. We found a lot of new genes that were only on in males or only on in females during early mouse development and then tried to work out what they did and how that caused a cascade that made that foetus develop as either a male or a female. By switching some of these genes off you could get them to develop as the opposite gender. I worked on this for six years, then moved to the University of Edinburgh to take up my first independent role investigating what happens to the male foetus once it starts to produce testosterone, and what happens if this goes wrong.

Testosterone biology is really important for men’s lifelong health. We all know that testosterone is important for male development and fertility, but more recently, evidence is emerging that low testosterone in men is associated with heart disease, obesity and diabetes and depression, but if you give back testosterone pharmacologically it can increase the thickness of the blood which has been associated with a small but significant increased risk of strokes and heart attacks. Working out a balance between understanding what the problem is and how we can fix it without any of the side effects is what I’ve been focused on for the past few years and we’ve been very fortunate in terms of grant funding in the UK over the past decade to address this. Our research has identified many of the pathways and key developmental stages when things can go wrong in terms of testosterone production, and we’re developing approaches such as cell and gene therapy to fundamentally fix the system at source. Whilst our primary aim has been the human setting, our findings easily translate to the veterinary field.

My team at Edinburgh has philanthropy funding from a US billionaire to produce a single dose injectable sterilant for cats and dogs.

My team at Edinburgh has philanthropy funding from a US billionaire to produce a single dose injectable sterilant for cats and dogs. Our research aimed at understanding what makes male fertility work often identifies things that can be targeted as contraceptives or sterilants, and we’ve been tasked to exploit some our understanding around how testosterone works to develop a sterilant for cats and dogs in animal shelters in the USA. There is also a big rabies vaccination program for feral dog populations that the University of Edinburgh runs in Africa and we are eventually hoping to combine the two in the same injection such that when they dart the animals, they protect them from rabies and make them sterile, removing the need to cull these populations. I am not the only person working in this area, Laureate Professor John Aitken also has project funding from this foundation, and so we’re hoping to link up together and ask the funders to fund a project here. In the longer term, our findings could apply to lots of other animals, particularly non-native species in Australia.

This last year I was named the American Society of Andrology’s Young Andrologist of the Year. It’s an award presented to a scientist under the age of 45 who has made a fundamental change or impact on the field of male research. I was amazed to win because it’s an American Society and I have never worked in America; so for them to recognise a European scientist is very unusual. I was very gratified about that, and even more gratified that, at least in some circles, I am still considered young!

Outside of work, I’m a bit of a nerd, if I’m not doing my science, I seem to be reading someone else’s. I do like going hiking and my friends from university (20 years ago) still meet once a year to go hiking together. We went to Austria and that was incredible. It was in the middle of summer so the weather was lovely and the views were spectacular. I also like walking Finn, my four-year-old black Labrador cross springer spaniel. We go on really long walks, it helps me wind down and get away from work; but my wife is paranoid of him getting a hold of those wriggly sticks that we don’t have back in the UK! 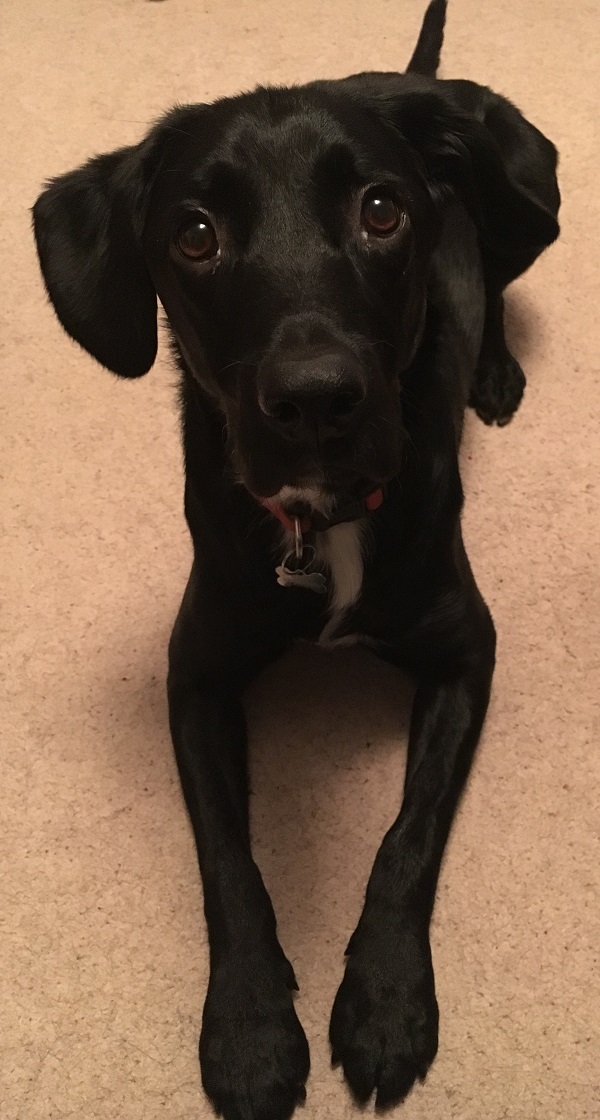 I have an inherent interest in understanding everything. That’s one of the things that attracted me to my new role at the University of Newcastle, it’s such a wide range of different people and different subjects. I am a strong advocate for the interdisciplinary nature of science and doing science at the cutting edge where everything is an exciting unknown, and am looking forward to helping lead and further develop the STEM+M enterprise. In Edinburgh I have a quote above my desk from a pioneer rocket scientist, “If half the people you tell don’t think it’s impossible, then you’re not doing research!” I think this nicely sums up my ethos in terms of my expectations of what research should be, we should definitely be doing the cool stuff that makes people say ‘wow!’ Bringing diverse research teams together to generate a whole, greater than the sum of the parts, to work on real-world problems, is the future of science. The funders want to see the interaction and the students are excited by interactive projects. We’re developing new course offerings which I believe are going to really enthuse both the students and staff teaching in those areas, and we have great staff who are already very engaged with this process.

If you’re going to make positive decisions, you need to understand the situation at the moment so you know what you can do about it. Shutting yourself in your office is not very good leadership so I’ve tried to get out and engage with as many people as I can. I’ve met with Heads of Schools, visited Ourimbah and had coffee with 50 people at an Introduction to the PVC event. I am back and forth to the UK for the next couple of months to honour previous commitments, but I have set myself the task of getting up to speed in my new role as soon as possible, in order to provide strategic direction and a real leadership drive as fast as I can. I will be focusing on improving the staff and student experience, research income, and the interactions with STEM+M and some of the other collaborative partners.

I am a strong advocate for the interdisciplinary nature of science and doing science at the cutting edge where everything is an exciting unknown, and am looking forward to helping lead and further develop the STEM+M enterprise.

I’ve reminded staff members in my faculty that I work for them and not the other way around. My role is to promote the faculty and the university in terms of driving the future direction and successes and to provide leadership in that area. The success of the faculty is my success, they’re intertwined. My skillset is leading and managing multiple projects simultaneously. In my previous role my research teams always have over 50 projects on the go at one time and my role was to move between the projects to provide advice, support, and direction, and make sure everything is going okay. It’s the same for my faculty - to work with my colleagues, to move between the different challenges my faculty has, and to make sure we’re heading in the right direction. So far I have seen so much potential in the faculty, and the enthusiasm of the staff and students to engage in maximising the inherent potential we have is very motivating. I am looking forward to working with many more of my colleagues as we go forward and will be doing everything I can to add to the many successes of both the faculty and the university.