A History of NSW Aborigines Protection/Welfare Board 1883-1969

This landmark research into the Aborigines Protection/Welfare Board (APWB) is a comprehensive study into the activities of the NSW Aborigines Protection/Welfare Board. From 1883 until 1969, the lives and affairs of Aboriginal people in NSW were utterly controlled by the APWB. For the first time, research on the Board's activities and subsequent effects on the lives and families of Aboriginal people in NSW will be undertaken, including both archival and oral history research.

This research will be conducted over four years with a team of NSW researchers visiting numerous locations across NSW where Aboriginal missions and reserves were established to collect personal oral histories and family/community recollections and records including retained letter, documents and photographs.

Lead Chief Investigator Worimi man Professor John Maynard says it's crucial this research is conducted while people who lived under the control of the Board are still alive.

“The impact of the Board's policies of segregation, assimilation, child removal and wage withholding continued for decades and the negative results of those government directives are still visible today. There's been a long desire from Aboriginal people to have written and recorded the ways in which this long history of government control affected their lives,” he said.

Professor Maynard maintains that it is important that research is conducted sooner rather than later given that life expectancy for Aboriginal men and women in NSW born between 1996 and 2000 is still 60 and 65 (AIHW 2006: 234). This means that the people involved at the end of the Board regime in the late-1960s are now reaching the end of their lives.

“Within the last few years they've found a lot of correspondence that dates from the late-1930s. But even where official correspondence is missing, we know that sometimes the other half of it is within personal collections in communities,” Professor Maynard said.

“If we can find a way to bring these stories to light it gives credibility to the Aboriginal story – our lived experience – and it will benefit the whole country.”

As part of the project, an interactive map of New South Wales Aboriginal Missions, Stations and Camps was instigated through the Australian Institute of Aboriginal and Torres Strait Islander Studies (AIATSIS) and will be developed further as a Time Layered Culture Map (TLCMap) pilot project. The maps identify the locations and provides information about Aboriginal reserves, camps, stations, children’s homes, and some unofficial settlements operating under the tenure of the Aborigines Protection Board, which was replaced by the Aboriginal Welfare Board in 1940.

In addition to the mapping, the research team plan, produce and publish a social history of the Aboriginal experience of NSW’s Aborigines Protection/Welfare Board.

A History of the Aboriginal Protection/Welfare Board 1883-1969 brings together a team of top Indigenous and non-Indigenous researchers with extensive experience in archival and oral history research. Between 150-180 historic sites have been identified in NSW and visits to sites will be organised  into six regions; Sydney/Newcastle, Central Western, North Western, South Western, South Coast and North Coast.

Professor Maynard's journey began with a desire to piece together a family history and is now one of the world's most prolific and respected voices on Indigenous history, internationally regarded as an expert on issues ranging from military involvement to political activism and sport. His research has concentrated on the intersections of Aboriginal political and social history and made significant contributions to the research fields of Aboriginal, race relations and sports history both nationally and internationally. His work has impacted through a wide range of important research articles published in major peer-refereed journals and publications in Australia, United States and England.

Laurie Bamblett is a Wiradjuri historian who uses marandhal (history) as a tool of community development projects at his home community, Erambie Mission. His research interests include Indigenous resurgence as well as the ways that representations of identity affect engagement between Indigenous communities and mainstream institutions and services. Laurie publishes on a range of topics that reflect his community development work. His research and practice investigates the relationship between identity, representation and engagement in a number of spheres, particularly cultural regeneration and Indigenous knowledge. His work aims to uncover and improve understanding of the link between representations of Indigenous identity and outcomes for Indigenous Australians.

Dr Lorina Barker is a descendant of the Wangkumara and Muruwari people of western New South Wales, Australia and is currently a PhD candidate researching family/community history at the University of New England (UNE) in Armidale. She is also  a team-teacher in Australian History in the School of Humanities, UNE. Lorina specialises in oral history and is particularly interested in the way in which Aboriginal history has been recorded. More importantly, her main interest is in the process of remodelling research methods and techniques so that they readily apply to and are culturally appropriate and accessible to her family and community - the core audience for her research. 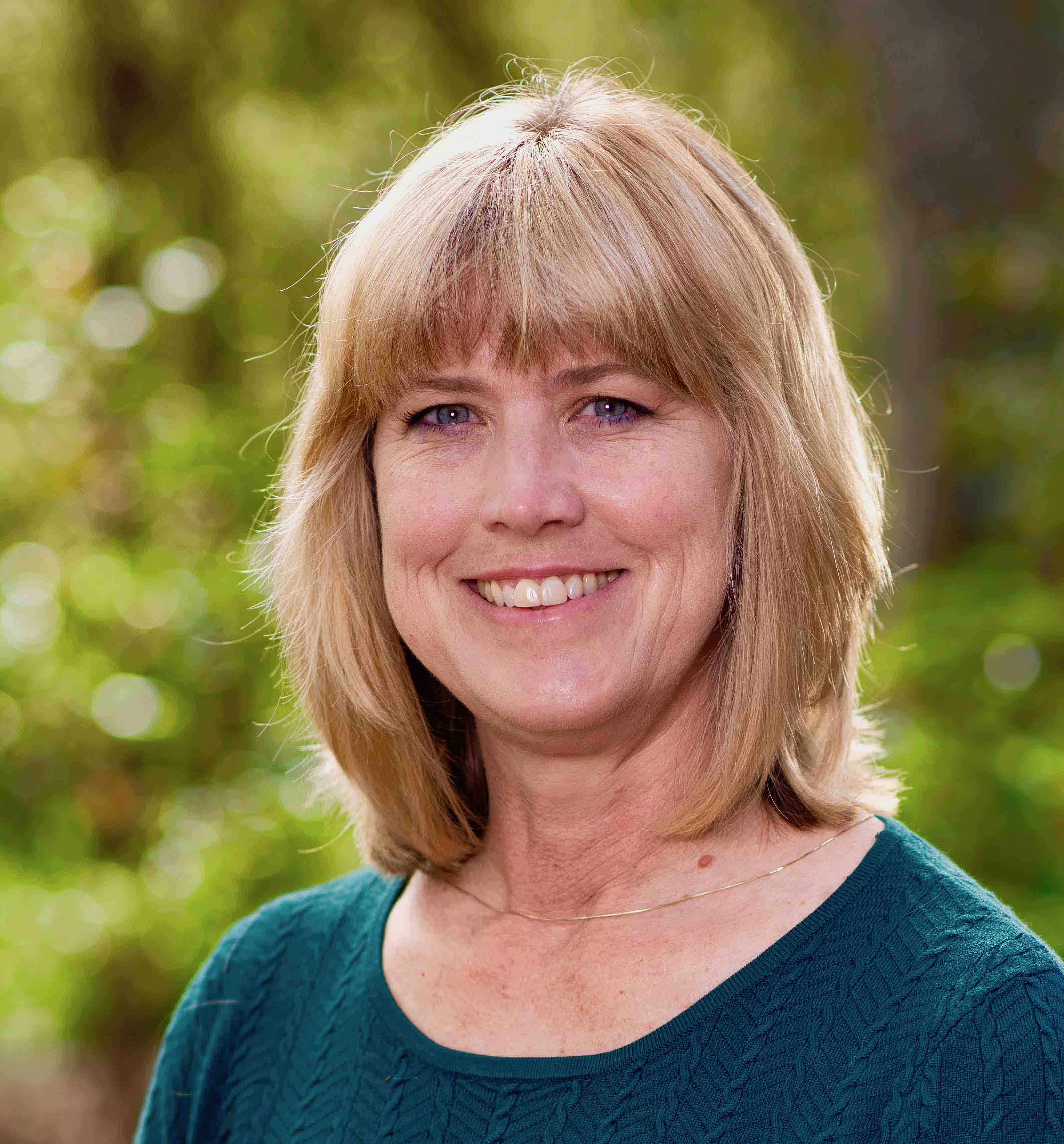 Victoria K Haskins is a Professor of History. She works on cross-cultural histories of gender, labour, and colonization, and is internationally respected for her work on Indigenous women’s domestic labour in Australia and the United States. Her recent books include Living with the Locals: Early Europeans’ Experience of Indigenous Life (NLA, 2019), with John Maynard; Colonialism and Male Domestic Service across the Asia Pacific (Bloomsbury, 2018), with Julia Martinez, Claire Lowrie and Frances Steel; Colonization and Domestic Service (Routledge 2014), with Claire Lowrie; and Matrons and Maids: Regulating Indian Domestic Service in Tucson 1014-1934 (Arizona University Press, 2012). She is the editor of the new Bloomsbury history series, Empire’s Other Histories.

Dr Ray Kelly is a dancer, musician, storyteller, director, artist and author.  With an Honorary Doctorate from the University of Newcastle and a PhD in Aboriginal Studies, he has been actively engaged in language research for over 14 years.

Professor Jakelin Troy is a Ngarigu woman whose country is the Snowy Mountains of New South Wales, Australia. Jakelin's academic research is diverse but has a focus on languages and linguistics, anthropology and visual arts. She is particularly interested in Australian languages of New South Wales and 'contact languages'. Her doctoral research investigated the development of NSW Pidgin. Since 2001 Jakelin has been developing curriculum for Australian schools with a focus on Australian language programs. Jakelin has lived and studied in Mexico and Japan where she was able to develop her interest in the art, culture and languages of those countries. 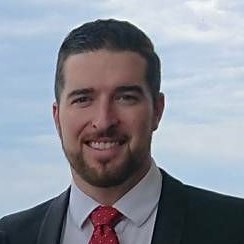 Prior to his employment at Australian National University (ANU), Mr Lachlan Russell was a Research  Assistant based  at  Australian Institute of Aboriginal and Torres Strait Islander Studies (AIATSIS) in Canberra and provided crucial research  assistance  to  this project  examining and cataloguing AIATSIS library records including documents, photos, and audio recordings. Lachlan lodged oral history interview recordings relating to the project and pioneered a digital map identifying locations of Aboriginal reserves, camps, stations, children’s homes and some unofficial settlements operating under the tenure of the Aborigines Protection/Welfare Board. In his current role he provides research management as part of team of Indigenous and non-Indigenous researchers across a broad array of Aboriginal and Torres Strait Islander research projects at the Aboriginal and Torres Strait Islander Health Program at the ANU. Dr Jacqueline Wright has over twenty years’ experience in the creative, publishing, educational, linguistics and media fields. Currently a Research Assistant at the University of Newcastle’s Purai Global Indigenous History Centre, supporting HDR students both academically and administratively, she has worked in a tutoring capacity at UoN's Wollotuka Institute and School of Communications and Creative Industries. Jacqueline is an Adjunct Fellow at Curtin University, WA where she was awarded a DCA exploring the ethics of representation of Indigenous peoples in works of fiction. Her subsequent novel, Red Dirt Talking was the winner of the TAG Hungerford Award and was long-listed for the Miles Franklin and Dobbie Literary Awards. Over 15 creative, creative non-fiction and essays followed in publications/sites with strong national/international reputations such as; Radio National, Griffith Review, Fairfax, Westerly, Margaret River, Fremantle and Currency Presses. She has also consulted and taught in Indigenous communities in remote WA and worked as an associate with a variety of research teams. 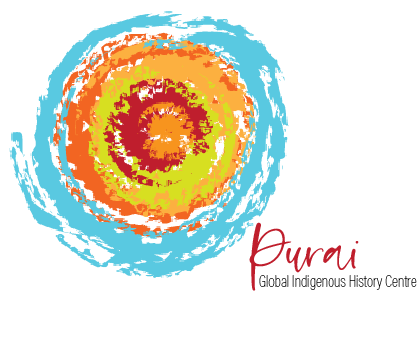