The International Network on Gender, Social Justice and Praxis (the Network) is a cross-trajectory, interdisciplinary, and geographically diverse network. The Network aims to develop research and innovative pedagogical resources on issues of gender and social justice. The Network is focused on promoting more equitable access to and participation in lifelong learning and higher education around the world, particularly for women.

The Network brings together leading scholars and practitioners who are prepared to take intellectual risks to respond to the significant challenge of translating research into practice in order to develop innovative approaches that impact on the educational inequalities that exist around the globe.

In the long term, the Network aims to be a global think tank that provides scholarly input into an international agenda focused on gender and social justice within education. In doing so the Network will contribute to the development of policies and practices at global, national and local levels.

The structure of the Network includes the mentoring of emerging scholars in the field, with internationally recognized leaders. Through this mentoring process, particular emphasis and value is placed on bringing together traditional and emerging knowledges to create state of the art methodologies, pedagogies and practices designed to maximize impact for greater gender equity. The mentoring of emerging researchers through the Network will generate new knowledge, innovative and participatory methodologies and contextualised feminist praxis and impact.

The network will continuously and explicitly turn the gaze on itself as a structure. The network recognizes the danger of claiming to be an ‘international’ network with geographic diversity while perpetuating historical privileges of the West and the North (e.g. privileging Western/Northern scholarship; language hegemony). The Founding Members recognize that networks are forms of social capital, deeply embedded in the reproduction of social privileges and advantages, and that power relations must be explicitly reflected upon in our work.

History of the Network

During the 2012-2013 academic year, Professor Penny Jane Burke and Dr. Lauren Ila Misiaszek (then Fulbright Scholar) worked together at the PFI-UK to determine ways to support trajectory, geographic, and disciplinary diverse work through a network.

The Founding Members worked together to build a structure of co-mentoring and research designed to make a difference (Clegg, Stevenson and Burke, 2016) and came together in June 2015 in a symposium presented at the Gender and Education biennial international conference held in London.

The Founding Members have extensive expertise in social justice research. Their complex scholar-activist trajectories and bodies of work illustrate their ability to take needed intellectual risks to respond to this network’s multi-faceted goals. The partners’ accomplishments illustrate their expertise in developing and applying creative pedagogical and methodological practices.

In August 2016, the Centre of Excellence for Equity in Higher Education (CEEHE) hosted a meeting in Durban, South Africa with an Africa Working Group of the Founding Members, to share current work, to develop new research collaborations and to discuss the re-establishment of the network within CEEHE

The establishment of The International Network on Gender, Social Justice and Praxis within CEEHE is part of the University of Newcastle's enduring commitment to equity and social justice. 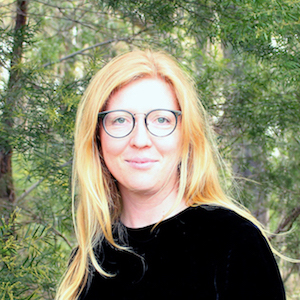