A world-first sperm extender is set to more than double the effectiveness of artificial insemination rates in horses and may also have implications for humans.

University of Newcastle scientists, Dr Zamira Gibb and Dr Aleona Swegen, have developed a revolutionary nutrient-rich liquid that enables collected horse semen to live for two weeks outside the body without the need to be frozen.

Chilling or cryopreserving sperm can be a damaging process where many viable cells die off and surviving cells live for just a few hours once warmed up again.

Dr Gibb said the current process of artificially inseminating cryopreserved sperm can also be expensive, labour intensive and invasive for the mare.

“In comparison to cryopreserved sperm, fertility rates could easily be doubled using this new method and the ability to use a more relaxed insemination regimen will potentially save breeders several thousand dollars per pregnancy,” Dr Gibb said.

“We were always excited to see Tinsel getting bigger on the scans and see her little heart pumping away. She was a week early, which is pretty normal in horses, so it was a lovely Christmas gift to see her arrive safe and sound,” Dr Clulow said.

Dr Gibb said it was important to show that storing the sperm for a longer period of time did not cause DNA damage or poor health in the offspring.

“We certainly can’t draw any definitive conclusions from the one foal, but it’s a good proof-of-concept to move forward with,” Dr Gibb said.

“I’m sure Dr Clulow will have the final say in Tinsel’s forever home, but she will likely grow to be a lovely show or dressage pony for a child or small adult rider.”

The project was funded by an Australian Research Council Linkage Grant after industry partners at Harness Racing Australia approached the team for alternate methods to access genetics from around the world.

“Until now, the only way to access genetics from around the world was to import cryopreserved sperm or import the stallion on a seasonal basis, which can cost upwards of $40,000 including flights and boarding at quarantine stations,” Dr Swegen explained.

“As fertility of cryopreserved sperm is quite low and the insemination process very labour intensive, industry wanted a semen extender that could maintain sperm quality for a sufficient amount of time for it to be transported from America or Europe for use in a cost-effective insemination regime.”

For almost a decade the team carried out extensive research to understand how sperm cells metabolise energy and what sort of nutrients and antioxidants they required for optimal longevity.

Instead of supressing the metabolism like cryopreserving, the liquid supports the sperm with molecules that help protect the cells and enable them to exist in their natural state for longer.

The new medium is also completely synthetic, eliminating the biosecurity threat of international importation and preventing samples from being held up at the border for longer than necessary.

“From a customs perspective, it was important that the medium be free of any biological materials, such as egg or milk, which are present in conventional semen mediums,” Dr Gibb explained.

“This extender has the potential to be widely adopted by breeders worldwide, not just for importation reasons, but also to reduce the need to collect semen from stallions so frequently, which is a real welfare advantage.

“Working with our partner organisations on these real-world problems means our research is more likely to be adopted and implemented by industry.” 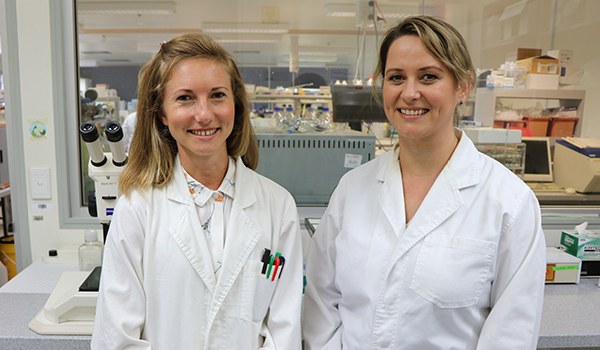 Harness Racing Australia Chairman, Michael Taranto, said they were pleased to collaborate with the University on such ground-breaking research.

“Although an often overused phrase, this really is a gamechanger for our industry given our long standing practice of utilising the benefits of artificial insemination,” Mr Taranto said.

“We anticipate improved market access and breeding efficiencies, along with reduced costs, while also expanding the Australian Standardbred gene pool as a result.”

Along with encouraging genetic diversification, the team have discovered the extender can effectively be used to store spermatozoa from other species, including humans and cattle, and could be transferred to other equids such as zebras.

“For many endangered species, no successful cryopreservation protocols have been established and little is known on how to transport sperm between facilities. This would be one way to address some of those issues.”

The sperm extender is currently undergoing independent testing by a biotech company in Europe and should be commercially available by September 2020.