Scientist develops most potent superfood on the planet

The discovery enables the exploration of a possible new frontier in the prevention of cancer and other inflammation related diseases.

The revolutionary process, involving only apples and water, is a first in the eighty-year history of supplement development.

The antioxidant targets inflammation – a factor in many cancers including lung, colon, prostate and pancreatic cancer.

The unprecedented potency of the antioxidant is achieved through new natural extraction technology.

“The extraction technology results in a highly water soluble antioxidant, which is 100% natural and entirely compatible with the human body. In this way it is closer to being a ‘more super’ superfood than a supplement as we traditionally know them.”

“The breakthrough is that no chemicals are used at any stage of the process. This makes the end product so safe, safer and far more useful to the body than other dietary antioxidants.”

Until now, supplements have been created one of two ways - synthetically in a lab or extracted from natural foods using chemicals, both of which are very difficult for the body to break down and absorb.

“Antioxidants made synthetically or extracted from natural food using chemicals such as methanol or ethanol require these same chemicals to break them down, however our bodies don’t produce those chemicals.”

“Something our bodies have in large quantities is water, which is why this new water soluble antioxidant is such a breakthrough. We’ve finally been able to create something natural and compatible with the human body.” The antioxidant is the first to harness the power of activated phenolics, a new breed of ‘ultra’ antioxidants that surpass others in their ability to mop up and safely transport free radicals out of the body.

Found in apples in high concentration, activated phenolics are a powerful natural preservative.

“In apples, phenolics are responsible for protecting the fruit from degradation from UV light and disease. They perform a similar role in humans, protecting our cells against damage which can lead to ageing, inflammation and cell mutations,” said Dr Candrawinata.

“Apples were selected because they contain the broadest spectrum and highest concentrations of phenolic antioxidants across the 1,755 edible fruits.”

Dr Candrawinata said the discovery comes at a time when humans need it most.

“Environmental pollution, prevalence of fast and processed foods and fast-paced contemporary lifestyles are exposing us to the highest ever levels of free radicals.”

“The profound health benefits of phenolics have long been a holy grail for scientists, however until now we couldn’t figure out how to extract them from food sources in a way that was compatible with the human body.”

Unlike other antioxidants, activated phenolics pose no risk of pro-oxidation - a scenario where antioxidants, once they have seized free radicals, can themselves become harmfully unstable under certain conditions.

“Phenolics are powerful free radical ‘scavengers’ that cause no harm or negative side-effects. Their level of safety means they are a great option for children.”

“Phenolics have three arms free to catch free radicals and importantly, don’t ever become unstable or unsafe in the human body after doing so. Other antioxidants, for example vitamin C, have only one free arm and after collecting a free radical, can become unstable – this is known as pro-oxidation and can do more harm than good.”

The antioxidant uses the natural conditions of the body to deliver to the upper small intestine, which is where phenolics are absorbed.

“The antioxidant must pass through the stomach undigested and onto the small intestine as this is where it is absorbed by the body.”

“The extraction technology actively contributes to sustainable farming and new profit streams for farmers as it makes use of the whole apple and the 50% of apples grown that are not suited to supermarkets.”

“It’s a huge win for farmers to be able to monetize produce that could otherwise end up in landfill.” 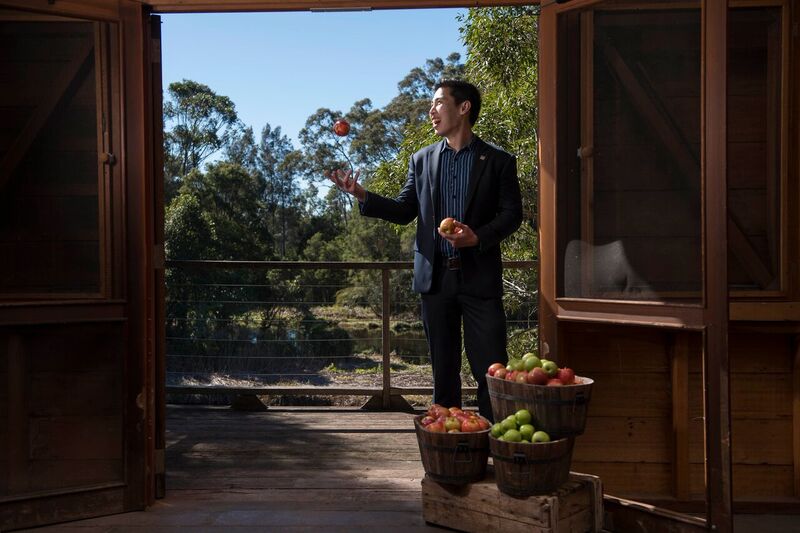 Due to its revolutionary extraction method, entirely new Australian manufacturing operations had to be developed to produce activated phenolics.

“Because this product had never been made before, the methodology and technology to manufacture it did not exist, so we had to develop it by building our own lab-scale demonstration technology which was then scaled up.”

“We worked extensively with industry and government to commercialise the research, particularly the manufacturing stages.”

“From start to finish activated phenolics is an entirely Australian innovation story. The research was undertaken at the University of Newcastle, the apples sourced from Orange, the manufacturing and packaging occurs in Australia, and the packaging is even made in Australia.”

New benchmark in ‘Australian Made’

“The ‘Made in Australia’ certification group actually had to design a new logo for us which says ‘Australian Made and Grown’ as we are the first to achieve this. I’m incredibly proud of that.” 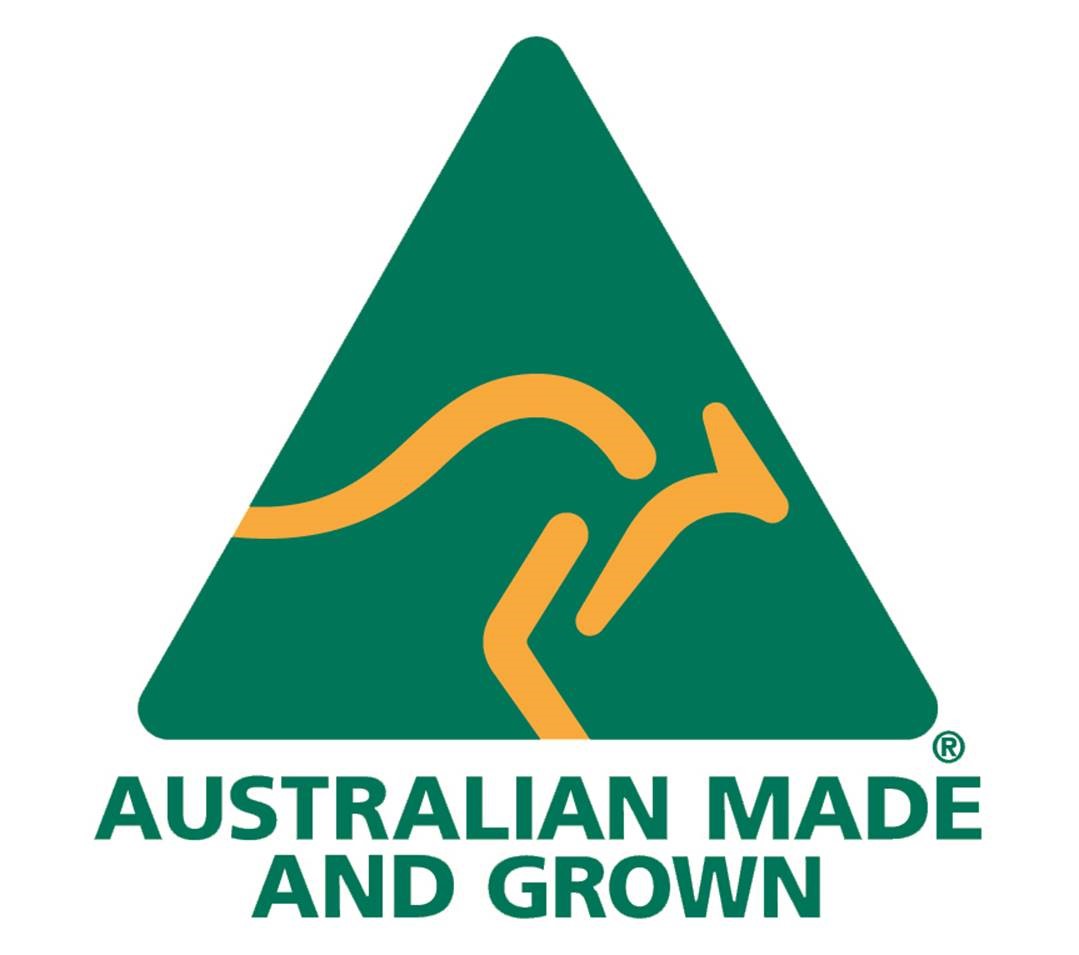 The apples used for the production of the phenolic antioxidant are sourced from Orange, which initially caused some confusion for Dr Candrawinata, an Indonesian native.

“When I began my PhD on apples from Orange I thought I must have been vying for a Nobel prize! I quickly learnt that Orange was actually a regional Australian city and I wasn’t being challenged to create apples from oranges.”

Dr Candrawinata discovered his appetite for food science growing up in Indonesia and spending time in the kitchen with his mother, a professional baker.

As an international student, Dr Candrawinata declined an opportunity to study at Cornell University in New York, favouring UON's Bachelor of Food Science and Human Nutrition offered at the Central Coast campus, a decision that has proven 'fruitful'.

"I don't think this opportunity would have presented itself elsewhere. The University of Newcastle was just the right size to make something like this achievable and its strong links with industry were invaluable to me on the path to commercialisation."

"While an Angel investor helped fund our journey from discovery to retail sales, their level of investment was significantly lower than most startups require and this was because the University supported us through every step."

You shouldn't have to be wealthy to be healthy

Vincent founded his company Renovatio Bioscience on the premise of people not having to be wealthy to be healthy.

Dr Candrawinata hopes his phenolic antioxidant may one day help to lift minimum health levels in developing countries where fresh fruit and vegetables are not prevalent or affordable.

“In countries where nutrition is poor due to factors such as drought or poverty, activated phenolics could have a transformational impact. Often, these communities also have limited access to healthcare so prevention and recovery is key.”

Dr Candrawinata’s activated phenolics supplement makes a strong case for the highly recognisable English language proverb – ‘an apple a day keeps the doctor away’. In fact, Dr Candrawinata has already trademarked ‘An Apple a Day’.

The research and commercial production of the phenolic antioxidant was achieved through cooperation between UON and Australian farmers with support from The NSW Department of Primary Industries and Horticulture Australia.