Australia’s colonial history has, and continues to be, highly contested. Were conflicts between British settlers and Indigenous Australians relatively minor and isolated – or were they deliberate, widespread and overtly violent?

Researchers at the University of Newcastle are discovering new information that’s changing our collective understanding of this difficult time in Australia’s history.

Following six years of painstaking investigation, they have created a world-first interactive digital map that documents the massacres that occurred on Australia’s colonial frontier and the impact those events have had, particularly on Aboriginal and Torres Strait Islander peoples.

Developed by researchers from the university’s Centre for 21st Century Humanities, the Colonial Frontier Massacres Map documents the locations, dates and details of individual massacres, along with corroborating evidence for each event.

To-date, the team has been able to verify that over 8,400 people were killed during more than 300 massacres between 1788 and 1930. Ninety-seven percent of those killed in the massacres were Aboriginal and Torres Strait Islander people.

With a clear definition of a ‘frontier massacre’ – the indiscriminate killing of six or more undefended people in one operation – the team used mapping software to record the geographical coordinates and topographical features of each site. They then cross-checked that information with visual and written sources.

The collective details were shared with a team of system architects, digital cartographers and engineering students from the University of Newcastle who created the Colonial Frontier Massacres Map.

The research group discovered that most massacres occurred on private property with no public access – such as the site of the Myall Creek massacre in 1838 – or at local waterways.

Their investigations also supported the theory that many of the massacres were surprise attacks on Aboriginal camps at rivers, creeks and waterholes. Some took place during droughts, when access to water and livestock was hotly contested.

One of the unique features of the map and its corresponding website is that the public can get involved in the history-making process.

Following the map’s initial launch in 2017, more than 700 people (including descendants of victims, survivors or perpetrators) contacted the research team with new information about massacre events.

According to lead researcher Professor Lyndall Ryan, the map gives a voice to people in Australia who want the stories of these massacres told.

In a 2018 opinion piece for SBS online, David James – a writer and a Yorta Yorta man – describes his lifelong desire to understand the loss of his mob’s culture and the truth of his lineage. He wrote:

“Knowing more about the people whose footsteps I followed, in whose creeks and rivers I swam, would have been of some strength back in those days…Knowing they existed at all would have been comforting.”

In 2019, the research team partnered with The Guardian newspaper on a four-part series called ‘The Killing Times’.

Using data from the original massacres map and the same stringent research methods deployed by University of Newcastle reserachers, ‘The Killing Times’ produced a number of stories that may have been familiar to academics, historians and Indigenous people but were largely unknown within the wider Australian and international communities.

Not only is the massacres map reframing our understanding of what really happened in colonial Australia – it’s also leading to a more informed discourse about our country’s true history.

That partnership also won the 2019 NSW Premier’s History Prize (Digital History category). In awarding this honour, the judges noted that the collaboration made a profoundly important contribution to history and public debate:

“By pairing contemporary sources with cutting-edge technology, the creators of ‘The Killing Times’ have produced a resource that challenges, provokes and demands more from Australians.”

In November 2019, ‘The Killing Times’ received a 2019 Walkley Award for coverage of Indigenous affairs, with the judging panel noting the project was:

“A timely work of national significance that will have lasting impact…Devastating but important.”

All data current as of December 2019 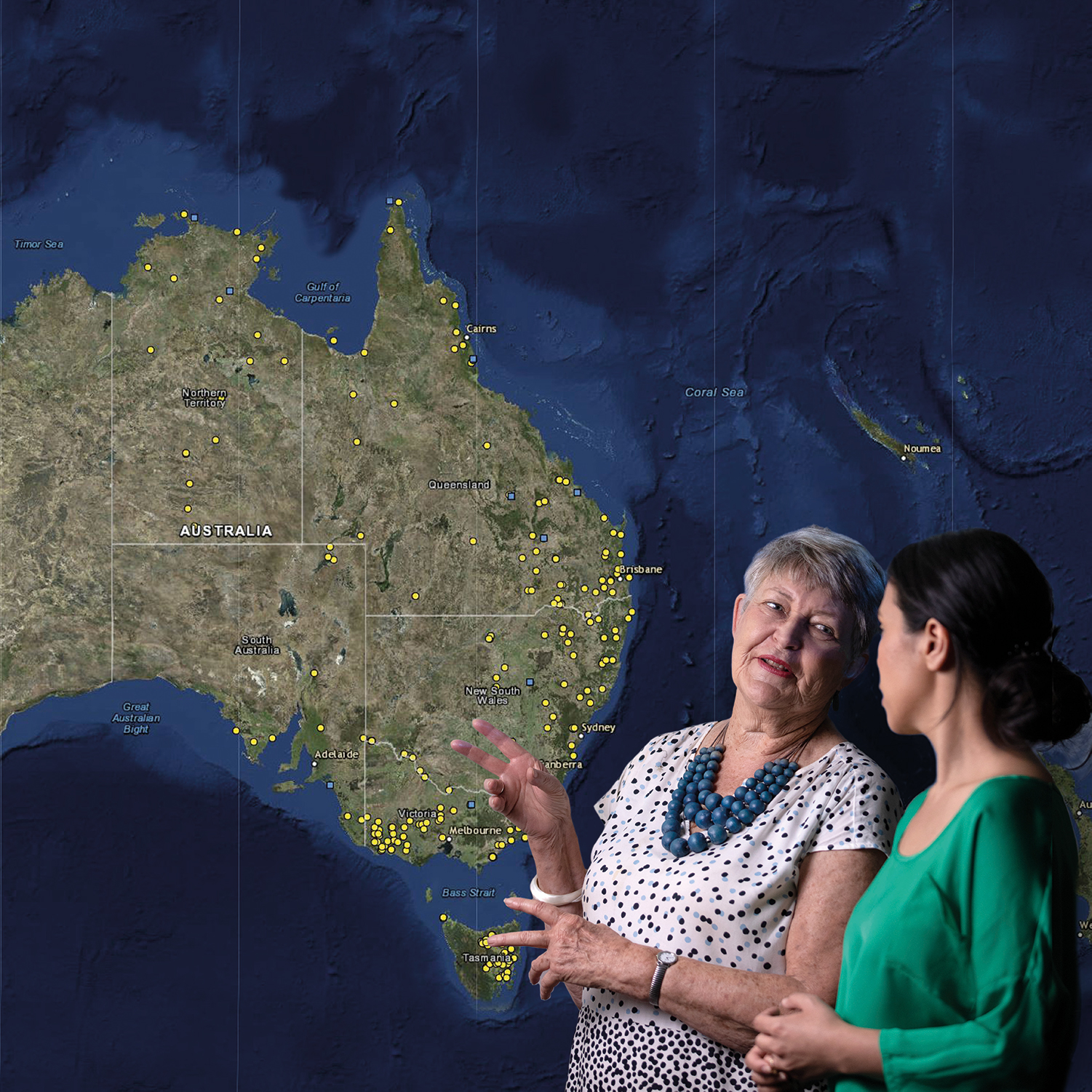 The map gives a voice to people in Australia who want the stories of these massacres told.