Eminent University of Newcastle biomedical scientist and global authority on functional gut disorders, Laureate Professor Nicholas Talley, AC, is the 2018 NSW Scientist of the Year, announced tonight at the NSW Premier’s Prizes for Science and Engineering at Government House, Sydney. 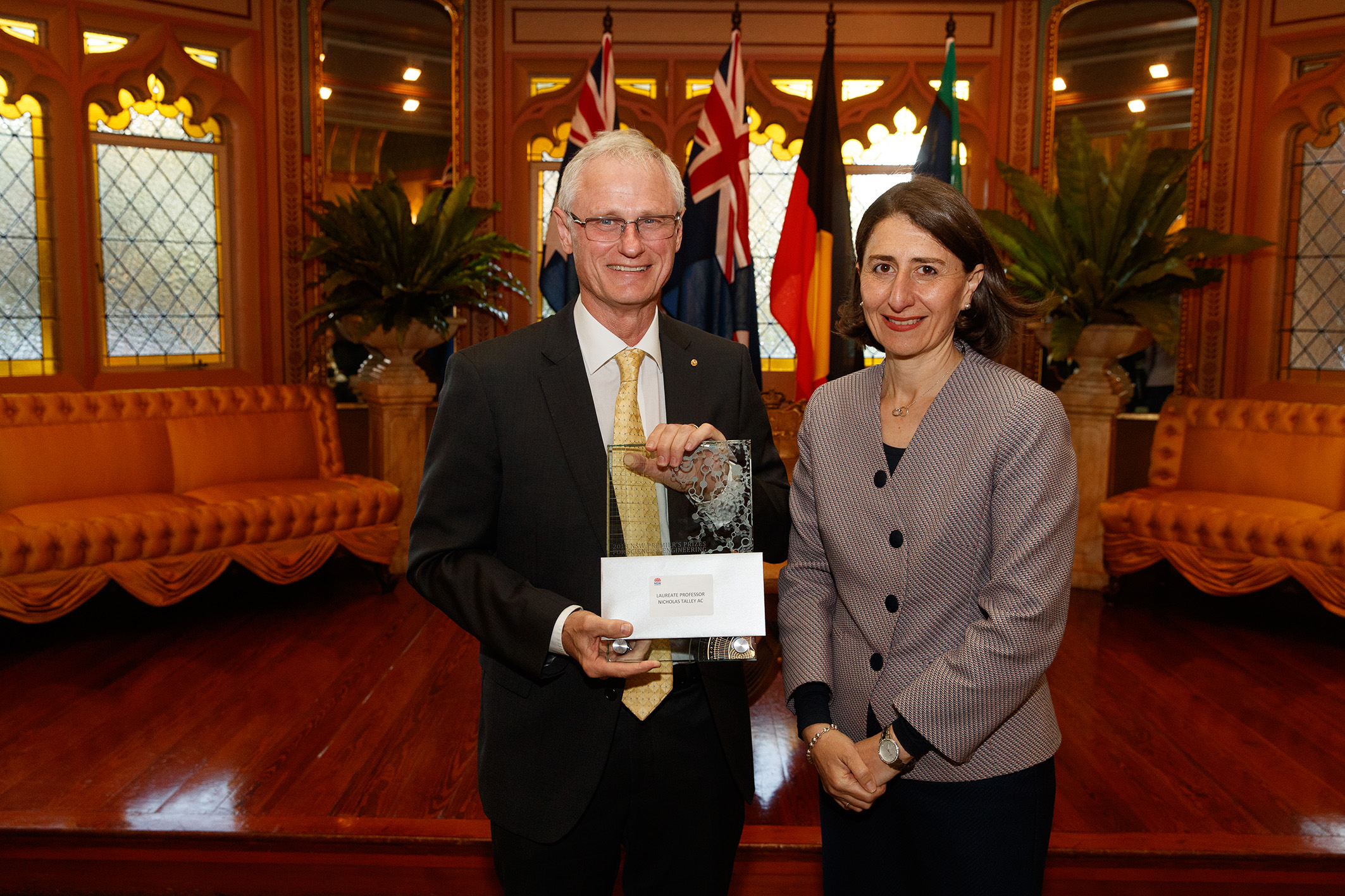 Revered as an international authority in the field of neurogastroenterology, Professor Talley specialises in unexplained gut disorders affecting nerves and muscles of the gut, such as irritable bowel syndrome (IBS), functional dyspepsia (indigestion), gastrooesophageal reflux and gastroparesis (stomach pump failure). He is credited with a number of ground-breaking contributions to the understanding of these diseases, that affect one in five Australians.

Senior Deputy Vice Chancellor and Vice President - Global Engagement and Partnerships, Associate Professor Kevin Hall, said the esteemed accolade was highly deserved acknowledgment of Professor Talley’s years of dedication to his field, which was having an impact on millions of lives.

“As a global leader in his field, Professor Talley is an impeccable example of how our world-class research is making an impact in regions all around the world. The University community offers Professor Talley our heartfelt congratulations on receiving this prestigious peer award, which is a fitting testament to his distinguished research career,” Professor Hall said.

“We are extremely proud to now have had four of our researchers recognised as NSW Scientist of the Year over the past 11 years, demonstrating the strength of research and innovation at the University of Newcastle.”

Professor Talley was the first to identify a genetic contribution to IBS and functional dyspepsia, legitimising these disorders for millions of Australians. His team described a new genetic form of IBS, identifying the first known mutation and showing drug treatment could reverse the abnormal function.

Listed among the 400 most highly cited biomedical scientists in the world, Professor Talley is invited to lecture across the globe, and has published more than 1,300 high quality papers in top ranking journals with an h-index of 167.

In 2017, Professor Talley was named Australia’s most cited academic by Google Scholar and currently has more than 95,000 citations in the medical literature. He was also recognised this year with a Companion in the Order of Australia (AC) in the Australia Day honours.

Professor Talley, who is a senior staff specialist in gastroenterology at the John Hunter Hospital and researches in collaboration with the Hunter Medical Research Institute, said he was extremely humbled to be named the 2018 NSW Scientist of the Year and be recognised by his peers, the highest honour of all.

“As a medical researcher, searching for the truth and applying new knowledge to help patients has always been my goal. However I feel my entire research team deserves the credit and this should not just be about me,” Professor Talley said.

Neurogastroenterology is a relatively new field, covering a range of diseases, that until recently, have been largely unexplained, often affecting both the gut and the brain.

Professor Talley said some of the diseases were rare but very serious such as gastroparesis (stomach pump failure), chronic intestinal pseudo-obstruction (gut failure of muscles or nerves) and oesophageal motor diseases (for example, achalasia).

Others are very common such as gastro-oesophageal reflux disease - that can lead to pre-malignant changes, and IBS - an unexplained gut disorder that can seriously impair quality of life, relationships and work productivity, and a disease Professor Talley and his team are intensively studying.

“With up to 30 per cent of Australians having one of these conditions, so many people are affected, including the families of those with disease, I think neurogastroenterology is extremely important, and it is gratifying to see real progress,” Professor Talley said.

Although Eureka moments in science are rare, Professor Talley said there was a career achievement he considered most significant.

“This work opened up a whole new research direction in my field. I am confident we now largely understand the disease mechanisms and have a robust comprehensive disease model to test, that appears to explain all of the gut and systemic disease features. I am hoping a cure is in sight, but we still have a lot of work to do.”