Clinical researchers at the University of Newcastle have found ways to overcome traditional treatment barriers experienced by stroke patients in regional and rural communities.

Researchers from the University’s Priority Research Centre (PRC) for Stroke and Brain Injury collaborated with clinicians in the NSW Hunter Valley on two major interventions that are benefiting stroke patients who live outside our major cities.

Intravenous alteplase has a treatment window of 4.5 hours from the onset of stroke. However, there are barriers to effective implementation, including processes to support the rapid transit of stroke patients to local hospitals and then to the point of therapy within the facility.

Residents in rural areas face the greatest barriers to treatment. Small hospitals are further challenged by the need for a stroke expert to review patients and decide on subsequent administration of thrombolysis, yet these experts rarely exist in small communities. Professor Parson's and Levi led the charge to make positive change.

PAST protocol for regional areas

The rural PAST protocol trial of 2012 involved patients and hospitals in NSW’s Upper Hunter, Great Lakes and Manning regions – areas that did not previously have access to pre-hospital stroke thrombolysis.

During the study, 470 strokes occurred in the catchment area, with 40 patients transported under the rural protocol to John Hunter Hospital in Newcastle. Fifteen of these patients received thrombolysis, which represented a 3.2% increase in thrombolytic access for rural patients.

An economic evaluation of the rural protocol was conducted with support from the university’s Centre for Clinical Epidemiology and Biostatistics and the Hunter Medical Research Institute. It showed eligible patients were 17 times more likely to receive thrombolysis because of the rural protocol.

The interventions were also associated with an estimated net avoidance of 93.3 disability-adjusted life years (DALYs). The average cost per DALY averted patient in the intervention group compared to the control was around $10,900. That suggests a potential cost savings of $4 million for the Hunter region over a 12-month period.

The rural PAST protocol has since been incorporated into the NSW Agency for Clinical Innovation’s Statewide Reperfusion Program in 2013.

To overcome this shortfall in the Hunter region, Professor Parson's and Levi, their PRC colleagues and clinicians at Hunter New England Health worked together to link the 24/7 tele-health service available at John Hunter Hospital to smaller hospitals in Manning and Taree.

During the trial period, clinicians used traditional tele-stroke with 58 patients. They identified 41 as acute stroke and 17 as mimics. The advanced imaging identified a further eight patients who were originally determined to be unsuitable for thrombolysis, thus preventing potentially adverse outcomes for those individuals. In addition, 40 percent of the treated patients were discharged with nil to mild side effects.

The trial showed that the use of advanced imaging was not only as safe and efficient as traditional tele-stroke services – it also improved patient selection for thrombolysis.

This application of advanced multimodal CT brain imaging in regional centres was included in the national acute stroke care guidelines in 2015. 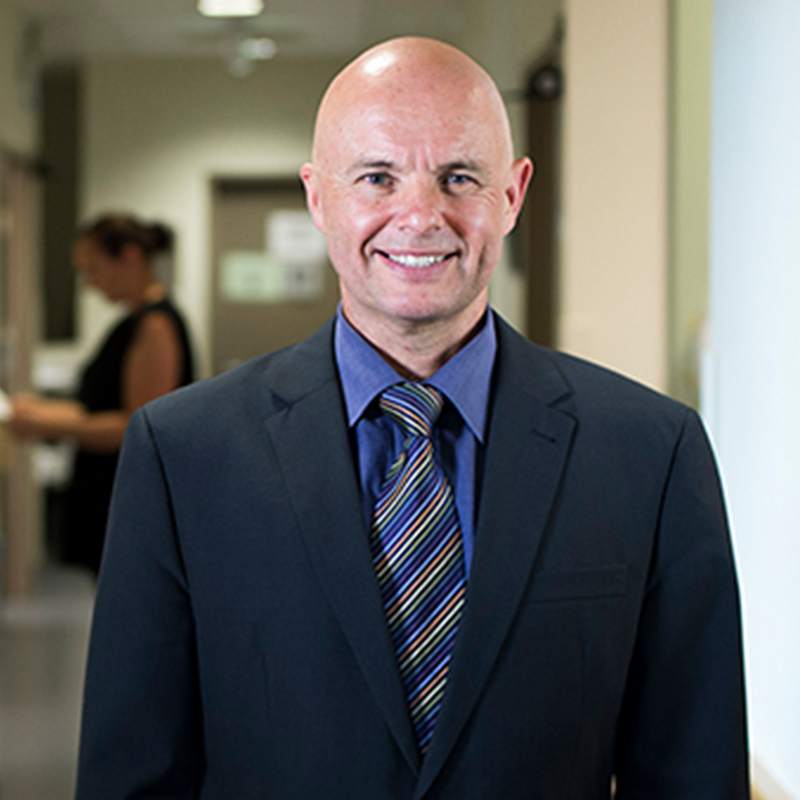