Moving in the right direction

Australian children are some of the least active in the world. University of Newcastle researchers are addressing this head on with a range of innovative school-based programs that are getting our kids moving.

For the third time in a row, Australia recorded a D- for overall physical activity among children in a national report commissioned by Active Healthy Kids Australia.1 It found less than 20 percent of children and adolescents are considered to be sufficiently active.

The annual economic burden of physical inactivity in Australia is estimated to be over $555 million.2

While schools are one of the best investments for evidence-based physical activity, University of Newcastle researchers believe too few are achieving their health promotion potential.

Of those schools where physical activity interventions have been evaluated, most have only involved primary schools, and few have progressed beyond initial testing to be rolled out to schools more broadly.

Laying the foundations for an active life

Over the last 15 years, Professor David Lubans and his colleagues in the University of Newcastle’s Priority Research Centre for Physical Activity and Nutrition have worked with hundreds of schools and school communities to increase the quality and quantity of physical activity in our kids.

The team has created effective programs that help students improve their confidence, competence, motivation and knowledge to be physically active across their lifespan.

Following the success of SCORES, the University of Newcastle partnered with the NSW Department of Education and the Australian Catholic University to secure a $1.3 million Partnership Grant from the National Health and Medical Research Council to rollout an adapted program known as iPLAY.

iPLAY has so far been rolled-out to more than 160 primary schools in NSW and reached over 2,500 teachers. The program has been well received by students and teachers.

The two-day iPLAY workshop we did was by far the best prepared, best presented and most meaningful one I've been involved in” – Mr Garry Mears, iPLAY Mentor

In 2019, Sport Australia announced the program will be made available to primary schools across the country from 2020, through its Exemplary School Program.

Bringing movement into the classroom

The crowded curriculum in primary schools often leaves little room for the promotion of physical activity.  University of Newcastle researchers have found a clever way to overcome this with the ‘Thinking While Moving’ program.

Backed by funding from the NSW Department of Education, the program integrates physical activity into key learning areas such as mathematics and English. Results showed an improvement in students’ school-time physical activity and their on-task behaviour in the classroom.

Since 2014, the Priority Research Centre team has trained more than 300 teachers from 257 primary schools to deliver the program.

To overcome this, a team from the Priority Research Centre developed the ‘Resistance Training for Teens’ program. It was evaluated in a cluster randomised controlled trial involving 16 schools, which showed improvements in adolescents’ muscular fitness, body composition, resistance training confidence and skill competency.

Nearly 480 teachers from more than 200 secondary schools in NSW have received training to deliver this program. Researchers are working to extend the program even further and have partnered with the NSW Department of Education, six Local Health Districts in NSW, Catholic Education Western Australia and the Association of Independent Schools Western Australia on a funding bid that would see them conduct an implementation evaluation of the program in three Australian states (NSW, VIC and WA).

Easing the stress of high school

In partnership with the NSW Department of Education, university researchers received more than $660,000 from the National Health and Medical Research Council to evaluate a time-efficient physical activity intervention for older adolescents.

The ‘Burn 2 Learn’ program was evaluated in a cluster randomised controlled trial and demonstrated a range of positive outcomes, especially among students considered at-risk of poor mental health.

The activities were short and easy enough to do. I felt great after every single time.” – Burn 2 Learn participant

Professor Lubans and his team have started rolling out the ‘Burn 2 Learn’ program in NSW schools through a series of online teacher professional learning workshops. 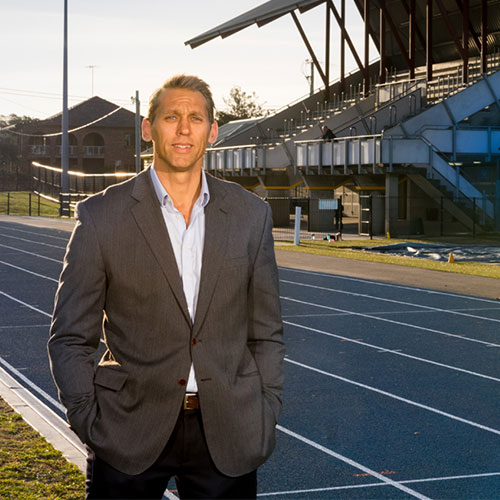 Over the last 15 years, we have worked with hundreds of schools and school communities to increase the quality and quantity of physical activity for Australian kids.