Steve is a Senior Lecturer in Sociology at University of Newcastle. His research focusses on youth and class, with particular interests in unequal and alternate career trajectories; underground and independent creative scenes; and cultural formations of taste. Steve is a director of the Newcastle Youth Studies Network, Associate Editor of Journal of Youth Studies, and on the Editorial Board of The Sociological Review and Journal of Applied Youth Studies. His research monograph Youth, Class and Everyday Struggles is published with Routledge, with Bourdieu and Affect: Towards a Theory of Affective Affinities forthcoming with University of Bristol Press. Steve’s current research projects are on online cultural taste communities called ‘Dank Distinction’ and the ARC DP funded ‘Young Hospitality Workers and Value Creation in the Service Economy’ investigating the affective and immaterial forms of labour young people perform to create value in the night-time economy. He tweets at @stevethready75 and his website is https://youthclassculture.wordpress.com/. 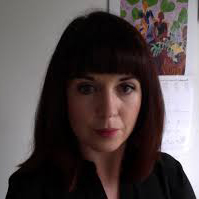 Nicola Ingram is Professor of Sociology of Education at Sheffield Hallam University. Her research is focused broadly on social class inequalities in education and she is particularly interested in how aspects of identity, such as gender and ethnicity, interweave with the classed dimension. Her recent books include Working-Class Boys and Educational Success: Teenage Identities, Masculinities and Urban Schooling (Palgrave MacMillan 2018); Educational Choices, Aspirations and Transitions in Europe (Routledge 2018); Higher Education, Social Class and Social Mobility: the Degree Generation (Palgrave MacMillan 2016). Nicola co-founded the British Sociological Association’s Bourdieu Study Group in 2010, and has since co-convened and developed the group as a dynamic space for international conversations on Bourdieusian theory. Alan France is Professor of Sociology in Te Pokapū Pūtaiao Pāpori (School of Social Sciences) at the University of Auckland in Tāmaki Makaurau (Auckland), Aotearoa, New Zealand. He is also a co-founder of the Childhood and Youth Research Network that is promoting and developing interdisciplinary research. His research interests are on youth sociology and the youth question. Over the past 25 years he has published on a wide range of areas such as; youth and class, youth and citizenship; youth and crime; youth and risk taking and youth social policy. His major books are Understanding Youth in Late Modernity (2007 Open University Press), A Political Ecology of Youth and Crime, (2012 Palgrave); Understanding Youth in the Global Economic Crisis (2016 Policy Press) and Youth and Social Class: Enduring Inequality in the UK, Australia and New Zealand (2018 Palgrave) He is presently writing a new text book with colleagues in Australia on Youth Sociology (Palgrave, 2020).

Alistair Fraser is Senior Lecturer in Criminology and Sociology and Associate Director of the Scottish Centre for Crime and Justice Research at the University of Glasgow. His work focuses centrally on  youth crime, street culture, and urban space in a global and comparative context, and has carried out fieldwork in Glasgow, Chicago, and Hong Kong. His first book, ‘Urban Legends: Gang Identity in the Post-Industrial City’ (2015, Oxford University Press) received the British Society of Criminology Book Prize, and was shortlisted for the BBC/BSA ’Thinking Allowed’ Award for Ethnography. He has received funding from the ESRC, AHRC, RGC (Hong Kong), and British Academy.  In 2017-18, he was one of the BBC’s ‘New Generation Thinkers’ and makes regular appearances in print and broadcast media. Alistair’s most recent projects have involved a study of the community impact of organised crime in Scotland, funded by the Scottish Government. 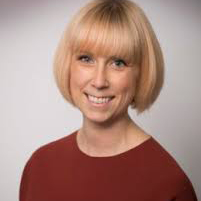 Kim Allen is a University Academic Fellow in the School of Sociology and Social Policy at the University of Leeds. Kim’s research centres on the Sociology and Cultural Studies of Youth, with a particular interest in: young people's transitions and inequalities of class and gender; young people's cultural practices and engagement with celebrity; and media representations of class, gender and youth. Kim has published extensively on these topics in journals including The Sociological Review; Sociological Research Online; The Journal of Youth Studies; and Feminist Media Studies. She is co-author of Celebrity, Aspiration and Contemporary Youth: Education and Inequality in an Era of Austerity (Bloomsbury Press, 2018). Dr Jacqueline Kennelly is a Full Professor in the Department of Sociology and Anthropology, and the founding Director of the Centre for Urban Youth Research (CUYR) at Carleton University. Dr. Kennelly’s current research focuses on activist and homeless young people’s experiences of democracy, citizenship and public life, schools as sites of youth homelessness prevention, and the experiences of young people who have left homelessness and are now living in diverse forms of affordable housing. She uses qualitative and participatory methods, with a strong commitment to engaging young people as co-researchers and knowledge-producers. Past books include Olympic Exclusions: Youth, Poverty, and Social Legacies (Routledge 2016), Citizen Youth: Culture, Activism, and Agency in a Neoliberal Era (Palgrave MacMillan, 2011),  Lost Youth in the Global City: Class, Culture, and the Urban Imaginary (co-authored with J. Dillabough, Routledge, 2010), and Phenomenology of Youth Cultures and Globalization: Lifeworlds and Surplus Meanings in Changing Times (co-edited with S. Poyntz, Routledge 2015). Her work has appeared in a number of national and international peer-reviewed journals, including British Journal of Sociology of Education, British Journal of Criminology, Sociology, Review of Education, Pedagogy, and Cultural Studies, Citizenship Studies, Visual Studies, Journal of Youth Studies, Ethnography, Feminist Theory, Young, Sociological Research Online, and Gender and Education.