World War I and the End of the Ottomans

World War I and the End of the Ottomans: From the Balkan Wars to the Armenian Genocide by Associate Professor Hans-Lukas Kieser (Centre for the History of Violence), Kerem Öktem and Maurus Reinkowski brings together analysis of the key forces which undermined an empire, and marks an important new contribution to the study of the Ottoman world and the Middle East using new primary material. 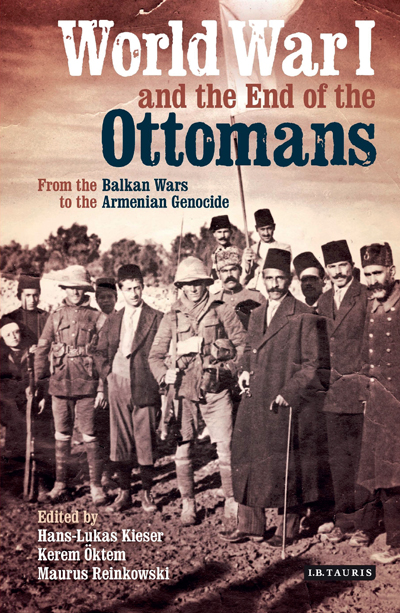 With the end of the First World War, the centuries-old social fabric of the Ottoman world – an entangled space of religious co-existence throughout the Balkans and the Middle East – came to its definitive end.

In this new study, the editors argue that while the Ottoman Empire officially ended in 1922, when the Turkish nationalists in Ankara abolished the Sultanate, the essence of its imperial character was destroyed in 1915 when the Young Turk regime eradicated the Armenians from Asia Minor.

This book analyses the dynamics and processes that led to genocide and left behind today's crisis-ridden post-Ottoman Middle East and the crises of the post-Ottoman nation-states in general, including in the Balkans.

Going beyond Istanbul, the book also studies three different but entangled late Ottoman areas: Palestine, the largely Kurdo-Armenian eastern provinces and the Aegean shores; all of which were confronted with new claims from national movements that questioned the Ottoman state. All would remain regions of conflict up to the present day.