Centre for Study of Violence (CSoV)

Interview with Professor Joy Damousi who elicited an ‘art vs science’ debate in her thought-provoking address to the Violence Studies Conference 2012. 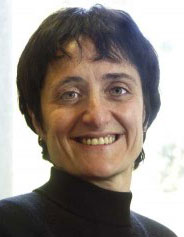 Conflict lies at the heart of violence and the retelling of violent histories by academics produces an interesting conflict in itself. How should one recount these stories? What stance, if any, ought the researcher take? Should the historian merely document events or engage emotionally with the subject?

These are questions that intrigue University of  Melbourne scholar Professor Joy Damousi, who discussed this fundamental historian’s dilemma in her keynote address to the first international Violence Studies Conference, held recently in Newcastle. The innovative conference was convened by the Centre for the History of Violence and the Humanities Research Institute at the University of Newcastle. “History is, on one hand, a record of what happened, so it is in that sense a science that aims for neutrality, but history is also a form of art, and as such it endeavours to generate empathy and understanding,” Damousi contends.

“How do those seemingly contradictory elements of the discipline work together? Is the responsibility of the historian to write with attention to morality and ethics or, when it comes to judgments about acts and choices involving violence, is the history discipline still grounded within a paradigm that is largely confined to ascertaining ‘what actually happened’?”

Damousi’s broad spectrum of historical research intersects with the field of violence studies in her examination of the impact of war on women and families. Her work delves into memories of war and the way society’s understanding of and empathy with those affected by violent conflicts is influenced by the sharing or repression of wartime secrets and stories.

“Quite often memories of war are repressed or shared selectively, which can prevent a wider appreciation of the background that people have come from and the extent to which the trauma they have experienced has shaped their personalities and attitudes,” she says.

“It is an issue with enormous contemporary relevance – the refugee situation in Australia is a classic example.”

Damousi’s keynote address to the conference, When History Hurts: Writing about Violence in History, drew from two areas of her research to illustrate the historian’s quandary of choosing between a dispassionate recording of events or a more emotional narrative.

Damousi spoke on her studies into the plight of Australian women faced with voting on conscription during World War I, pointing out that both those who opposed it and those who supported it were equally motivated by the purpose of preventing war. Some women responded to the argument that sacrificing their sons to the war effort was an act of patriotism that would hasten the end of the conflict, while others believed that voting against conscription was the most effective way to bring about peace.

“As historians, how do we appreciate the moral complexity of that issue?” Damousi asks? “How do we judge these two groups of women whose actions were opposed but whose motives were essentially the same? How can we say whether their decisions were right or wrong?”

Damousi has confronted a similar challenge in writing on the large-scale evacuation of children from northern Greece into neighbouring countries during the Greek Civil War. She has had to consider her portrayal of women forced to make heartrending decisions about whether or not to relinquish their children.

“At the heart of this story of is a powerful moral and ethical dilemma: How could a mother ever ‘give up’ her child? How could that be considered ‘responsible mothering’?” she says.

“I draw on the concept of ‘agency’ and argue that mothers attempted to exercise some ‘agency’ by either actively resisting or by giving up their children. Whether they relinquished their child, or resisted efforts to do so, this act was the only power they could exert in a desperate situation.”

Damousi sees great potential in the growing field of violence studies and has lent her support to a bid to the Australian Research Council, led by the University of Newcastle, for the establishment of a multi-centre Centre of Excellence in the History of Violence. The University of Melbourne is a key partner in the bid.

“It is very exciting because what we are doing is defining a whole new area of academic study and research around the history of violence and I think in the next five years we will see this field develop strongly as scholars across various disciplines begin to conceptualise their work from a violence perspective,” she says.

“The conference hosted by the University of Newcastle has been an extraordinary bringing together of scholars and airing of broad perspectives around the history of violence.

“We are really starting to push the boundaries on this and are attracting the attention of academics whose work is going to significantly boost the quality of scholarship. The future looks good.”