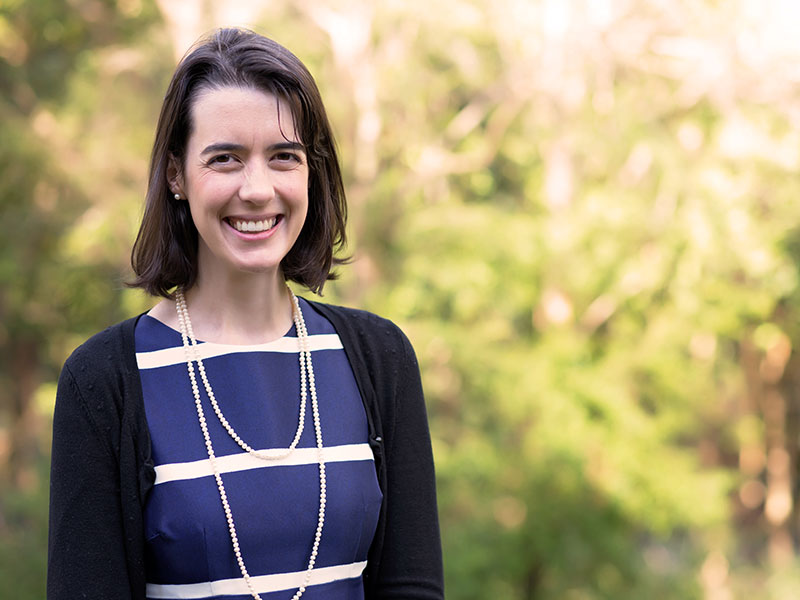 As a social, personality and individual differences psychologist, Dr Heather Douglas wants to know what factors from our internal and external worlds influence our professional behaviour and performance. Rather than seeing individuals as static, Heather describes people’s behaviours as changing from moment-to-moment based on the complex interplay between environmental settings and people’s own unique personality traits.

“I want to understand how people integrate their motives, emotions, thoughts, sense of self, personality traits, and other systems to produce behaviour at work,” says Heather.

By examining how people engage in their work and why, Heather’s research is establishing an evidence base from which organisations such as hospitals and universities can design more effective systems and recruitment processes, improve access and equity, and create more user-friendly environments.

“I’m proud that my work has had a wide-ranging impact on applied areas of human behaviour including in health systems, on equity issues in education, in organisational behaviour, and more.”

The idea that people’s behaviour can appear inconsistent has provided Heather with a new lens through which to examine well-documented behavioural patterns in the workplace, such as the “imposter phenomenon”. Also known as imposter syndrome, this phenomenon describes a pattern of behaviour where an individual doubts their professional capabilities, despite objective evidence to the contrary.

“Previous research has explored imposter phenomenon as a ‘maladaptive personality style’, meaning they measure it once per person, and assume this characterises their emotions and behaviour across many time points.”

However, Heather’s work highlights that people who suffer from imposter syndrome may not experience these negative feelings in every situation.

“What my research looks at is how imposter feelings might vary from moment to moment, and what might cause this variation. For example, an impending assignment or work deadline, comparison to a perceived ‘more successful’ co-worker, salience of a particular skillset that an individual wishes they had more competence in, and so on.”

“The combination of intelligence and confidence predicts potential career ‘derailers’, including difficulty controlling aggression and a lack of stated concern for safety at work.”

Heather’s research into professional confidence has led to improved recruitment strategies for organisations, including more reliable psychological assessment tools that help to match the right person to the right role. It could also help to improve equity in education. External literature demonstrates that minority ethnic students, and those who perceive classroom competition as more threatening, are more likely to experience adverse psychological outcomes in their university courses.

Heather explains that understanding students’ experiences, including why and how they experience psychological syndromes such as imposter syndrome, could lead to improved support services for students and increase equity in terms of both accessibility and performance.

Heather’s research shows that there is mutually beneficial relationship between a worker and their workplace. Improve worker wellbeing, and productivity increases. Adjust organisational systems, and worker satisfaction improves.

“People derive more than just financial reward from work. They achieve identity, social rewards, a sense of achievement, and more.

“Rather than being driven by laziness, or a lack of interest in being at work, my research suggests that people are motivated until the situation creates the conditions for them to be unmotivated. The interaction between individual differences and the organisational situation might create the perfect conditions for procrastination, counter-productive work behaviour, burnout, emotional exhaustion, need frustration, and voluntary turnover.”

The psychologist’s work provides organisations with valuable insights into likely problem and opportunity areas among their workforces. For example, one of Heather’s research projects sought to determine how the fast-paced, high-stress workplace environment of a NSW hospital emergency department might impact a doctor’s ability to accurately prescribe medications to patients.

“What we found was the doctors were more likely to make a mistake when they were interrupted doing this very important task. I contributed the psychological measurement of working memory to this project, and we later found that doctors with higher working memory were more successful in protecting themselves from errors when prescribing medications to patients.”

Recently, Heather has expanded her work into new research areas, including exploring the effects of cognitive and social biases within workplaces and society. In particular, she is researching a phenomenon known as the “backfire effect”, a tendency for people to strengthen their firmly held opinion in the face of evidence that contradicts it.

“At a societal level, the backfire effect is implicated in a resistance to the evidence of climate change, the impacts of domestic violence, and difficulty considering different political viewpoints.

“I wish to explore the evidence that personality traits moderate a person’s sensitivity to factual evidence contradicting their beliefs on important social issues. This could help us understand the conditions under which the backfire effect is more likely to operate, and therefore where intervention efforts to mitigate it will have the most impact.”

While Heather’s research is targeted at improving workplace systems, culture and productivity, its foray into areas such as the backfire effect could also help to underpin wider health and environmental awareness strategies to create community and even global change. 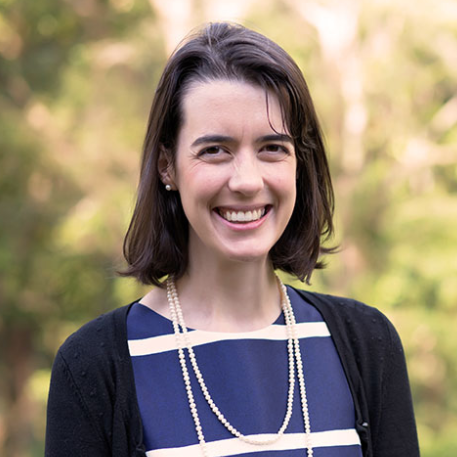 I completed my PhD in March of 2014 at the University of Newcastle, on the mechanisms by which personality traits translate into behaviour through values, goals, and vocational interests. I am an interdisciplinary applied psychologist with expertise in individual differences assessment and measurement. This includes both intelligence and personality assessment in particular. I have a special interest in the assessment and validation of decision-making style measures in organisational psychology, particularly how individuals enhance or conversely handicap their career progression. I have also applied my expertise to assessing the impact of diversification of higher education populations on academic outcomes, multi-tasking in healthcare professionals, community aged care service provision, and using technology to hack the learning process.

This funding was received to conduct a case study on the Innovation and Collaboration Practices of O'Joy Care Services in Singapore. This case study was conducted through the lens of integrated care on O'Joy's delivery of mental health and social participation for older adults in the Upper Boon Keng region of Singapore. The final workshop on this case study was designed to enhance learning for non-profit organisations and leaders in this provision of community aged care services. A culture of knowledge sharing and collaboration was discussed, including best-practices for better service provision to older adults in the community. A case study report was also produced from the program of work. Equity groups and predictors of academic success in higher education$54,700