Driven by a desire to reduce greenhouse gas emissions, Professor Behdad Moghtaderi is transforming the mining sector – and helping improve our quality of life at the same time.

As Professor of Chemical Engineering at the University of Newcastle, Professor Moghtaderi leads a 30-strong research team at the world-class Newcastle Institute for Energy and Resources (NIER).

He has at least 10 technology innovations under his belt, and his patents have been published across nearly 60 countries. But it’s his work developing safe, new methods to manage ventilation air methane (VAM) generated by underground coal mines that is fuelling his international research reputation.

As a by-product of underground coal mining, VAM accounts for more than 60 percent of all greenhouse gas emissions from the coal mining sector.

Professor Moghtaderi has led a major body of research that will address the technical barriers to full-scale commercial deployment of VAM emissions abatement technologies, including the critical challenge of safe connection to the ventilation systems of underground mines.

This work will not only deliver economic benefits, but will also have positive impacts on our health and our environment.

The capture and use of VAM (broadly referred to as VAM abatement) has been a priority for the coal industry for some time.

Not only would it reduce the adverse environmental impacts of fugitive methane emissions from coal mining, but it would also minimise the financial liabilities of the sector following the introduction of carbon pricing in many parts of the world, including Australia.

Yet, direct abatement of VAM hasn’t successfully been implemented given a number of safety challenges associated with VAM abatement systems.

Professor Moghtaderi spear-headed a multi-pronged, $30 million research program designed to develop and rollout new technologies that reduce the impacts of VAM emissions in the mining industry.

Funded by partners such as the Australian Department of Industry (Innovation and Science), the Australian Coal Association Low Emission Technologies, Glencore, BHP Billiton and South32, the outcomes of this flagship program have the potential to reduce fugitive methane emissions from underground coal mining operations by up to 90 percent, thereby reducing Australia's greenhouse gas inventory by about 3 percent.

That’s like taking 2.8 million cars off our roads while saving the mining industry hundreds of millions of dollars in carbon price liability.

Knowing his reputation as an inventor and innovator, Glencore (formerly Xstrata Coal) approached Professor Moghtaderi in 2011 to find ways to overcome a range of challenges with traditional approaches to mitigating VAM emissions.

Within 12 months, he and his team invented an innovative chemical looping concept known as VAMCO – a technology solution that safely reduces methane emissions, is inexpensive to manufacture and can be used by underground coal mines around the world.

VAMCO is now patented, tested at both bench and pilot-scales, and is currently in the pre-commercialisation phase, which involves negotiations with several international manufacturers and negotiations around commercial rollout of the technology.

As part of the $30 million research effort, Professor Moghtaderi and his team have also developed a world-first, $10.5 million demonstration facility to carry out controlled, large-scale testing of VAM abatement technologies, including VAMCO.

This 100-metre-long facility (located in Western Sydney) allows the research team to test VAM abatement systems and components (such as capture ducts, mitigation measures and thermal oxidisers) under a variety of operating scenarios, including controlled methane and coal dust explosions.

The results will enable the team to develop technical and safety guidelines needed to deploy VAM abatement technologies across the sector.

The research will also help accelerate the commercial-scale deployment of VAM abatement technologies, with potential application across other processing industries also at risk of methane explosions. 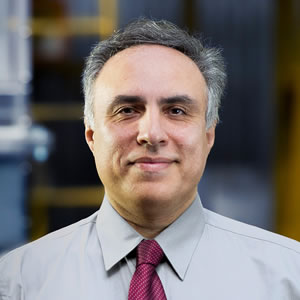 This work will not only deliver economic benefits, but will also have positive impacts on our health and our environment.