Relocating communities to higher ground may reduce threats associated with coastal flooding, but exposes the community to other risks associated with the geomorphology of the relocation site, such as landslides due to heavy rainfall. Large-scale construction projects usually require cut-and-fill methods in mountainous regions to obtain sufficient land occupation for engineering construction. Nearly vertical and terraced loess fill slopes are generally formed. Catastrophic landslide events often occur during rainfall. Generally, at the initial stage of rainfall, the fill slope induced by rainfall infiltration mainly shows the failure mode of multi-stage block sliding and local erosion. During the increase of rainfall, the fill slope mainly demonstrates the failure mode of surface erosion and flow-slip. Such landslides could be aggravated or even triggered by extreme cyclone events. Effective hazard assessment and mitigation requires reliable tools for slope stability assessment. An efficient early warning model is urgently needed to predict the landslide of slopes due to rainfall. 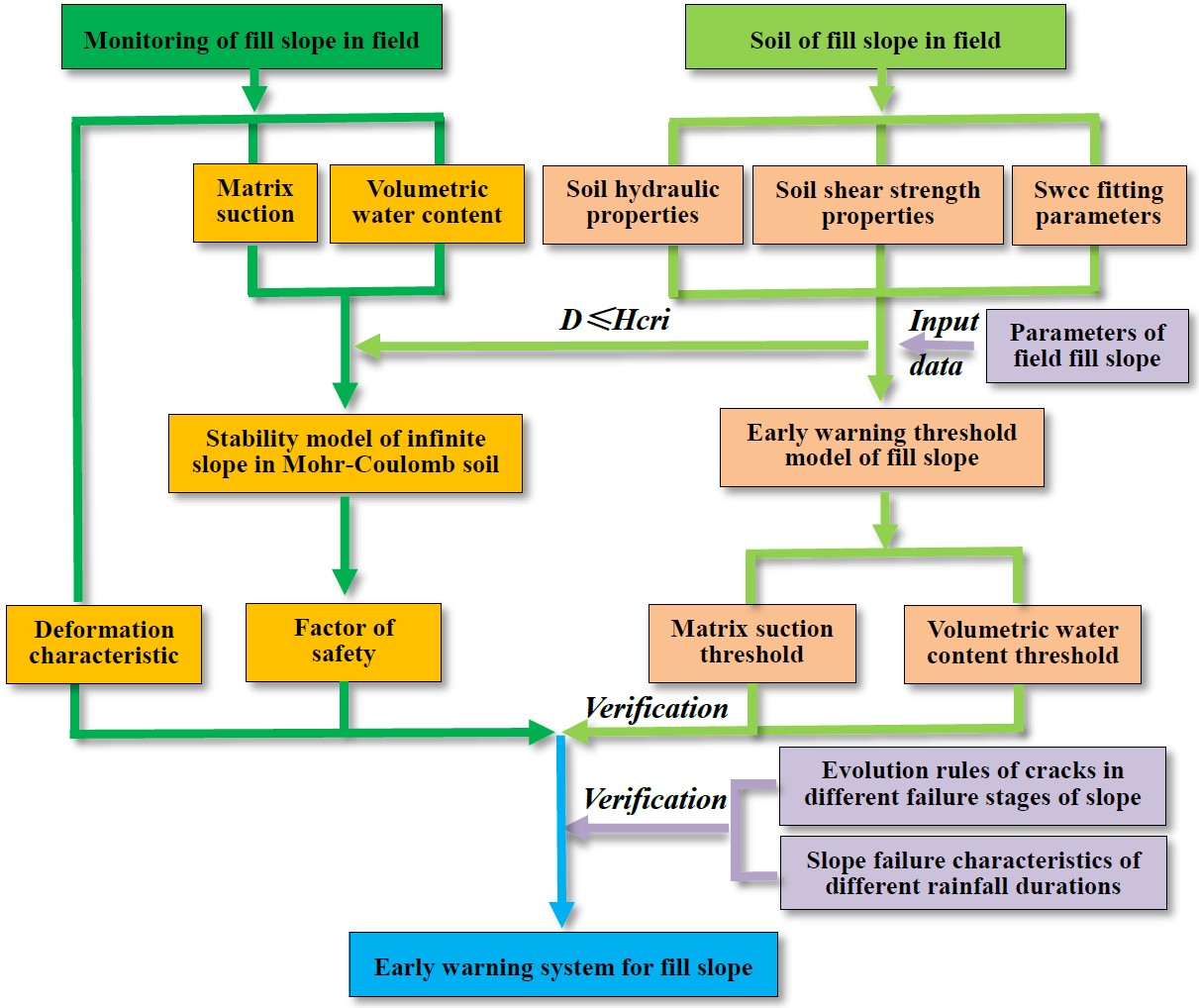