From Litigation to American Indian Law to Global Value Chains Dr Kevin Sobel-Read’s career has followed several diverse paths since his first professional position, which saw him practising business defence litigation on the 43rd floor of a Manhattan law firm.

This insight into corporate commerce motivated Kevin to explore the relationship between people and law, and in a somewhat unusual career move for a corporate lawyer, he complemented his practice by obtaining a PhD in Cultural Anthropology.

Earlier, during his Juris Doctor degree, Kevin had interned in an American Indian legal organisation and became interested in issues of sovereignty in the United States. Peering down from his office window at the New Yorkers milling around outside Central Park, he returned again and again to the idea that sovereignty – what the people on the sidewalks below presumably had, but so many American Indians didn’t – must somehow be linked to money.

So he began researching ways that governments manage their sovereignty by regulating money in and out. “Countries are essentially like businesses. You have to have money coming in so that you can fund things that you want, but you don’t want to sell out completely because then you lose control. So governments are essentially mechanisms to balance that out.”

Kevin continued practising law throughout his postdoctoral study, and although the decision may have served him well financially and professionally, he laughs about the confusion that he caused among his friends and colleagues.

“The two fields are about as different as they can be. Anthropologists are seen as these crazy leftists and corporate lawyers are…not.

“So neither group could understand why I had anything to do with the other.”

Still, Kevin points out how important these different perspectives are. “There are lots of scholars who know how money and law in the corporate world work, and many others who have a solid understanding of how different people experience various problems on the ground – but there aren’t many of us who do both and try to link those things together.”

From holiday to research focus

Although his initial PhD project proposal was focussed on American Indians, a holiday to the Cook Islands saw a change in the direction of his research.

“Being the obsessive anthropologist that I am, I thought that while I was there I might as well chat with people.

“I emailed some government lawyers and was lucky enough that the then-Assistant Solicitor General agreed to meet with me.

“I had an amazing chat with him and became really inspired about the Cook Islands. Suddenly my future was taking a whole new path.”

The Cook Islands were originally colonised by the British but they became independent in 1965. That independence is unique, however, because the country’s relationship with New Zealand is so close that Cook Islanders are also citizens of New Zealand (even though the opposite is not true).

“So I thought, ‘Well this is an interesting test tube, we'll see what happens.’ I packed up my family and we travelled around the South Pacific for a year. A vast majority of Cook Islanders now live in New Zealand and Australia – so we spent most of our time in New Zealand and Australia too, meeting with Cook Islanders and talking about how they link back to their home country.

“In particular, I wondered, ‘What does it mean to have a country, when most of the people from your country actually live somewhere else - how do you maintain connections?’”

It was through his network of Cook Islander contacts that Kevin was able to create a Cook Islands Legal Internship course when he was later recruited to UON in 2014. This course is funded by the New Colombo Plan at the Department of Foreign Affairs and Trade, and through this funding Kevin will be leading another group of students to the Cook Islands in 2018. The Cook Islands are an ideal place for students to gain high level experience (their legal system is based on the British system and so is similar to Australia’s), while also learning about how different cultures can affect people’s relationship with the law.

“When I took the first group over there in 2016, the students all kind of freaked out – ‘We can't do it, we're just students, the things they're asking us to do are too high-level!’ – so I said, essentially: suck it up, this is the real world, they need your help.

“It was a really interesting and wonderful experience for me as a teacher. Through those three weeks I could just see that the students grew up, they got into it, they became confident and they realised that they were capable of doing big things and making real contributions.”

Another of Kevin’s key interests is global value chains – looking at everything that happens in a supply chain, from marketing a product to recycling it – and understanding what is happening in terms of power and law.

“Most of these chains are made up of strings of one-to-one contracts - so strictly in the law, the company at one end of the chain doesn’t have any legal control over the other. This is a problem when we want to hold large companies responsible for the labour tragedies and environmental harms that are taking place at the far ends of chains, especially in developing countries.

“These large companies have allowed a lot of terrible things to happen in the world. But with shifting attitudes towards – for instance fair and ethical trade – there are some positive changes that are coming about.

“Sometimes these large companies even want to improve worker welfare and the environment, but they’re hindered from getting more involved in the factories and farms at the end of their chains. In a nutshell, our legal system can expose them to great financial risk even when they’re simply trying to help. So one of the things my research is working toward is how to rebalance the incentives and risks of our legal framework so that large companies both have to – and want to – provide greater benefits all along their chains.”

From Litigation to American Indian Law to Global Value Chains

I am a US-trained lawyer, legal scholar and anthropologist. I received my Bachelor of Arts (BA) from New York University (1999), my Juris Doctor (JD) from the New York University School of Law (2002), and my Doctor of Philosophy (PhD) in Cultural Anthropology, with a sub-specialty in Legal Anthropology, from Duke University, USA (2012). My doctoral thesis, entitled “Sovereignty, Law, and Capital in the Age of Globalization,” drew on fieldwork conducted in and around Australia, Aotearoa/New Zealand, and the Cook Islands, and is also based on preliminary research among the Eastern Band of Cherokee Indians in North Carolina, USA. I have previously been a Senior Lecturing Fellow in Duke University’s School of Law and a Visiting Assistant Professor in Duke’s Department of Cultural Anthropology where I also served as the JD/MA Program Coordinator. I likewise have a decade of experience practising complex civil litigation with Morrison & Foerster LLP in New York City and with Ellis & Winters LLP in North Carolina, USA.

Research Expertise
My research follows two parallel and overlapping paths that continue my interest in corporate commerce and sovereignty. On the one hand I explore the role of global supply chains – in the form of what have been termed “global value chains” – in fundamentally transforming the way that international commerce takes place, both within and across borders, with consequences to nearly all aspects of policy and regulation. On the other hand, I am interested in the subjective understandings that drive different groups to engage in the global economy differently. So firstly, I seek to integrate into legal scholarship the insights of the robust and multidisciplinary body of academic literature on global value chains. This “global value chain” label is one that scholars have devised to address what global supply chains have become in the contemporary global political economy. In short, many outdated models suggest that multinational corporations – either individually or through one-to-one supplier relationships – create, manufacture, and sell a given product.

But in the contemporary world, the design, production, and retail of most products take place through global value chains, that is, through coordinated chain components that stretch systemically across multiple – from a few to a few thousand – firms around the planet. Further, this shift is no trivial exception but is instead paradigmatic: today, more than two-thirds of all transnational trade is conducted by multinational corporations and a full half of that trade – one third of all transnational trade – is between corporate subsidiaries. As such, global value chains now anchor the world political economy, uniting public and private actors in novel ways and on an unprecedented scale. Therefore, from tragic textile factory fires in Bangladesh to the competitiveness of Woolworths supermarkets, global value chains have become an indispensable component for understanding the world political economy and the role of law within it.

At the same time, my research explores relationships among capital flows, sovereignty, and globalisation by examining the subjective forces that drive the varying ways that different groups engage with the global market (which is frequently, though not always, by means of global value chains). In particular, I develop a model of sovereignty, including Indigenous sovereignty, that illustrates how contemporary nation-state sovereignty must be made up of both: (1) subjective elements related to local interests (some might say “culture”) that are largely unique to each state; and (2) uniform elements that allow the sovereignty in the form of the state – including the state’s management of private commerce – to interface, that is to say, in essence, to do business together; that interface is primarily one of law.

Teaching Expertise
I have extensive teaching experience at the undergraduate and graduate levels, including substantive legal courses, legal research-and-writing courses, and interdisciplinary courses about law and its social context. Here at the Newcastle Law School, I lecture in Contracts, Commercial Law and International Trade Law. Previously, at Duke University's Law School and in its Department of Cultural Anthropology, I taught, among others, courses in: Emerging International Business Practices: from Global Supply Chains to Global Value Chains; Legal Analysis, Research, and Writing for International Students; Sexuality and the Law; Human Rights: Law and Globalization; Introduction to Cultural Anthropology; and Anthropology of Law.

Collaborations
I am currently part of an international research collaboration called FIMECC REBUS. This extensive project is driven jointly by seven academic institutions in Finland and almost two dozen industry partners, likewise in Finland. The project focuses on evolving business relationships in the contemporary global political economy. As the Program Plan states, the project seeks to gain both “theoretical and practical knowledge” in order to study and make industry-specific recommendations in regard to the current global shift “from transactional (short term and highly market based) business relationships towards more relational ones highlighting collaborative advantage and deep interaction.” 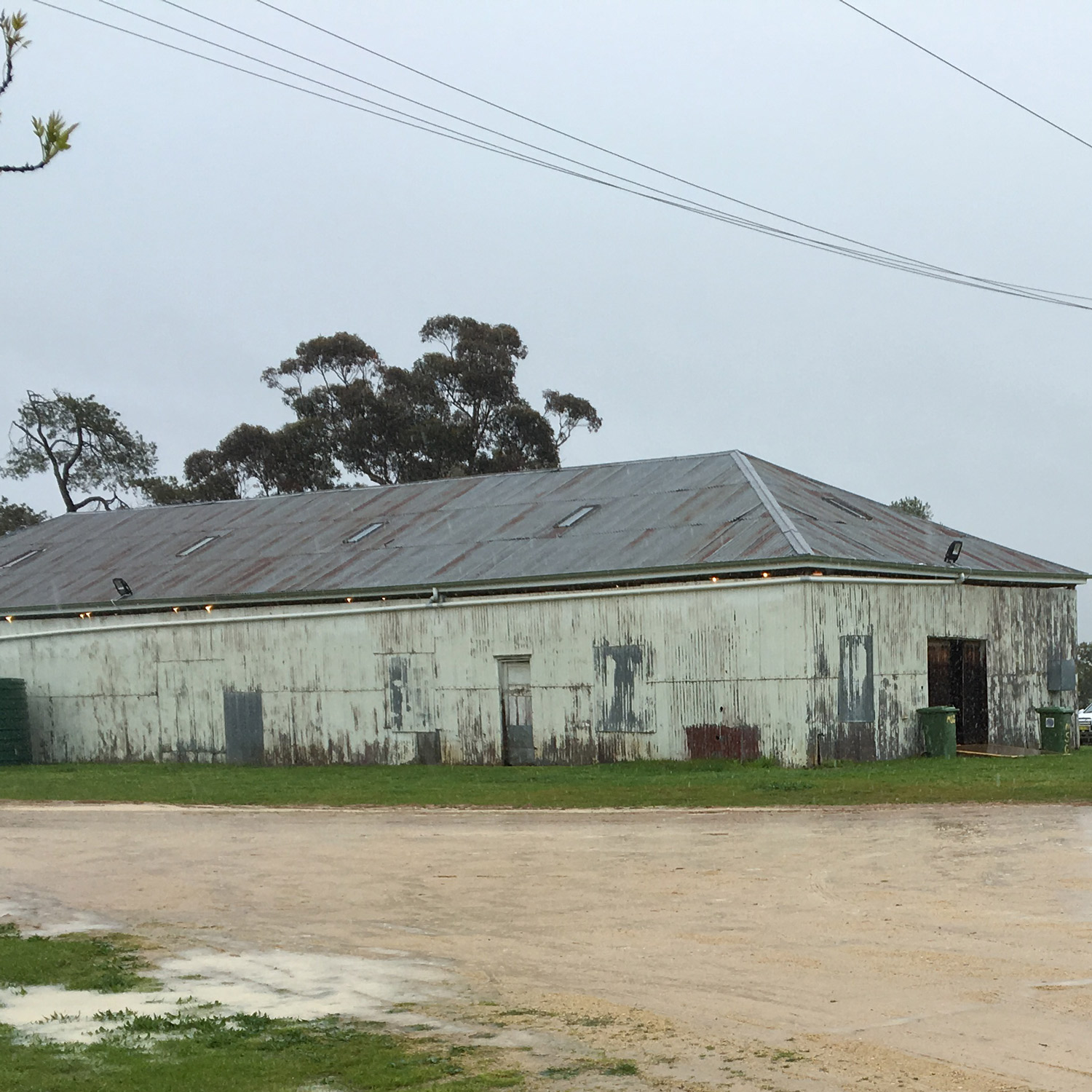 the Rural Land Use and Community Research Network has been strengthened by Faculty funding.

the Rural Land Use and Community Research Network has been strengthened by Faculty funding.