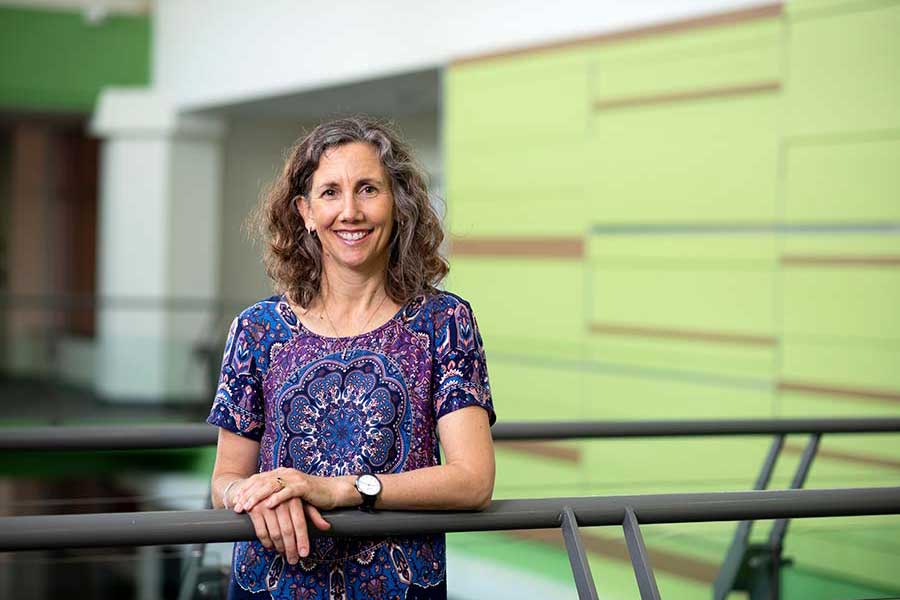 With over 20 years clinical experience working as a Speech Pathologist, Dr Gwendalyn Webb’s research is grounded in clinical practice. Her research focus lies in helping families to support their children’s early communication skills so that they start school ready to learn.

Dr Webb has a special interest in supporting children from both disadvantaged and culturally diverse backgrounds and those with disabilities to develop their communication skills.

“Often these children are from marginalised communities and there are many risk factors that can affect their communication development. As such, I work closely with other allied health professionals in a coordinated approach to ensure long term effective progress for the children,” Dr Webb said.

Working with Indigenous children through local playgroups is one of Webb’s recent projects which came about after consultations with local Aboriginal medical and early childhood services revealed a need for proactive education of families to prevent later communication difficulties in Aboriginal children.

“Australian Aboriginal children are at increased risk of language and literacy delays compared to their non-Aboriginal peers. This project aims to provide families and carers of Aboriginal infants, who attend the local Aboriginal community controlled play group, with stimulation strategies to support their children’s early communication and language development.”

The project creates an on-going and sustainable impact by building the capacity of the playgroup staff and carers to carry on sharing the communication strategies with parents once the project is complete.

“I love witnessing people becoming empowered to take control and make decisions that support children’s learning and opportunities. Making the connections and building relationships with families and carers is the most fulfilling part of the work for me.

Seeing the impact of my work in terms of how the educators are taking on their roles and providing the kids with what they need is also very motivating,” Webb commented.

Webb says that early intervention underpins development in the areas of social-emotional, interaction and communication skills and other domains and these skills are relevant for children’s success at school and later in life.

“What’s unique about Indigenous children is they are growing up in circumstances where they are often learning two or more languages or dialects, and they need to learn how to use them in the relevant context.”

“They need to learn the language of their home community so they can be included and develop strong cultural connections and they also learn the language of the mainstream context so they can achieve at school. Cultural context needs to be considered because Aboriginal children might commence school using different ways of communicating,” she said.

“Adjusting to the culture of the school classroom can take some time because the children may have had less exposure to mainstream educational settings. It can take them a little while to learn how to communicate at school. Often for those starting school that’s a whole lot of new learning and also at the same time they’re expected to be learning curriculum content, so there’s an extra layer of learning for this group that is not always acknowledged,” Webb observed.

The effect of cultural match on communication

Dr Webb has also looked into children’s interactions with educators who were of the same or different culture from that of the children. The research investigated the effect of cultural context on the children’s communication and the quality of their interactions in one preschool.

Webb analysed the children’s communication across a variety of linguistic measures.

“We found that if the children’s culture matched that of their educator they had increased lexical density, which means they were using a greater variety of word roots, and exploring more vocabulary in these interactions,” she said.

“We know if children have well developed language prior to starting school this has a positive impact on their learning and they tend to acquire literacy skills more easily if they start with strong skills in language and vocabulary. We can use the findings  from this research to maximise children’s opportunities at a preschool level to develop their communications skills so they start school ready to learn.”

The following journal article resulted from the project. ‘Interactions between children and their early childhood educators: The effect of cultural match on communication’.

Gwendalyn is a Certified Practicing Speech Pathologist and a lecturer in the Bachelor of Speech Pathology (Honours) program at the University of Newcastle. Gwendalyn has many years of clinical experience working across the range of practice areas in speech pathology. Her PhD explored the dialect of Australian Aboriginal preschool children in the local area and she has an ongoing interest in working with Aboriginal and Torres Strait Islander children and families. Gwendalyn's research interests extend to exploring  speech pathology scope of practice across a variety of areas including inter-cultural communication and inter-disciplinary management of children with disability.