Student Highlights
Study abroad and find a world of opportunity

When Skye received a call saying she was accepted into an exchange program to study in Korea, she thought it was a prank call. When she realised the opportunity was real, she was ecstatic that a lifelong dream had come true.

For the Bachelor of Fine Arts student, photography, printmaking, drawing and art had always been something she was passionate about, along with Korean history, language and culture. Having the opportunity to combine the two while studying was an experience she will never forget.

“During 2017, I went to Korea University for two semesters – one of the most renowned Universities in Korea. I’ve been interested in Korean culture for over 12 years and wanted to go there for a long time,” said Skye.

“There were so many highlights for me in regard to advancing my skills, one thing in particular was learning about the production of Hanji – traditional Korean paper. While laborious, the end result is worth it.

“Korean paper lasts for over 1,000 years, whereas Western paper lasts for much less due to acids and additives added to the process. It was not only interesting but also a privilege to learn because this process means so much to Korean people,” added Skye.

Along with being able to try new foods and visit art exhibitions, Skye says she has formed lifelong friendships during her time in Korea.

“Korea University has an amazing buddy system called KUBA – you’re assigned into groups where you socialise up to four nights per week. I became close with most of the Korean buddies in our group as well as people from Taiwan, Vietnam, the US and Finland.

“We still speak today, almost daily. They’re some of the best friends I’ve ever had, and I’m grateful to have met them." 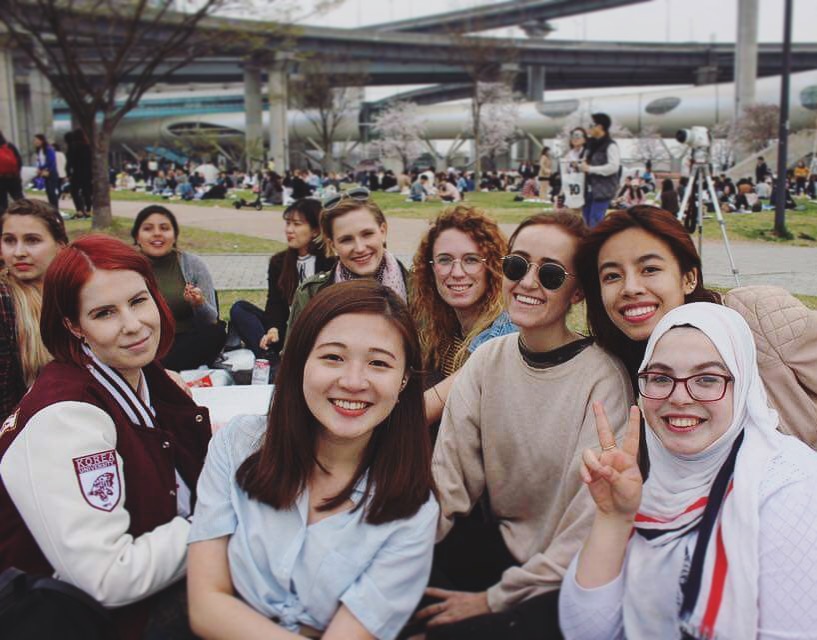 “I completely recommend studying in another country as you learn so much about yourself, another culture and you have the opportunity to learn new skills while living in a country of your choice,” added Skye.

Where to from here for Skye? While back on Australian soil, she hopes to one day relocate to Korea and build a successful career working in the art industry.

“I’m working towards the goal of opening my own studio where I would run workshops, but I also have an interest in art therapy. I’m looking at options that enable me to transfer my business to Korea as I eventually want to move there,” concluded Skye. At the University of Newcastle Skye has had the opportunity to combine her undergrad study with international study opportunities.

I completely recommend studying in another country as you learn so much about yourself, another culture and you have the opportunity to learn new skills while living in a country of your choice.