From an early age, Joshua Glachan knew not only that he wanted to be a Physical Education teacher, but he wanted to teach at a school where he could really have an impact on the lives of his students.

Having attended a low socio-economic status (SES) school himself, Josh entered the teaching world in a school where he says the kids really need the teachers.

“Being at a lower SES school, often the kids don’t have the resources to push themselves, so when I’m teaching, I try to be a good role model as well as a person who educates,” said Josh.

For Josh, it was his Dad who was his role model and inspired him to complete what has become a family tradition. This week Josh is the fourth Glachan family member to graduate from the University of Newcastle as a PE teacher – and said it is a huge honour to follow in the footsteps of his Dad, Brad, and his older brothers, Ben and Sean.

“I love that my Dad and brothers have graduated ahead of me, it means that University is such a big part of my identity and I’m really grateful for the experience,” said Josh.

“For me, Dad really was my big inspiration for becoming a PE teacher. He fostered our interest in sport from an early age. He taught at my high school and he really played a pivotal role in my decision to focus on becoming a teacher.”

On top of his family inspiration, it was his time working in active afterschool care for primary kids that really cemented Josh’s aspirations to take a path into teaching. 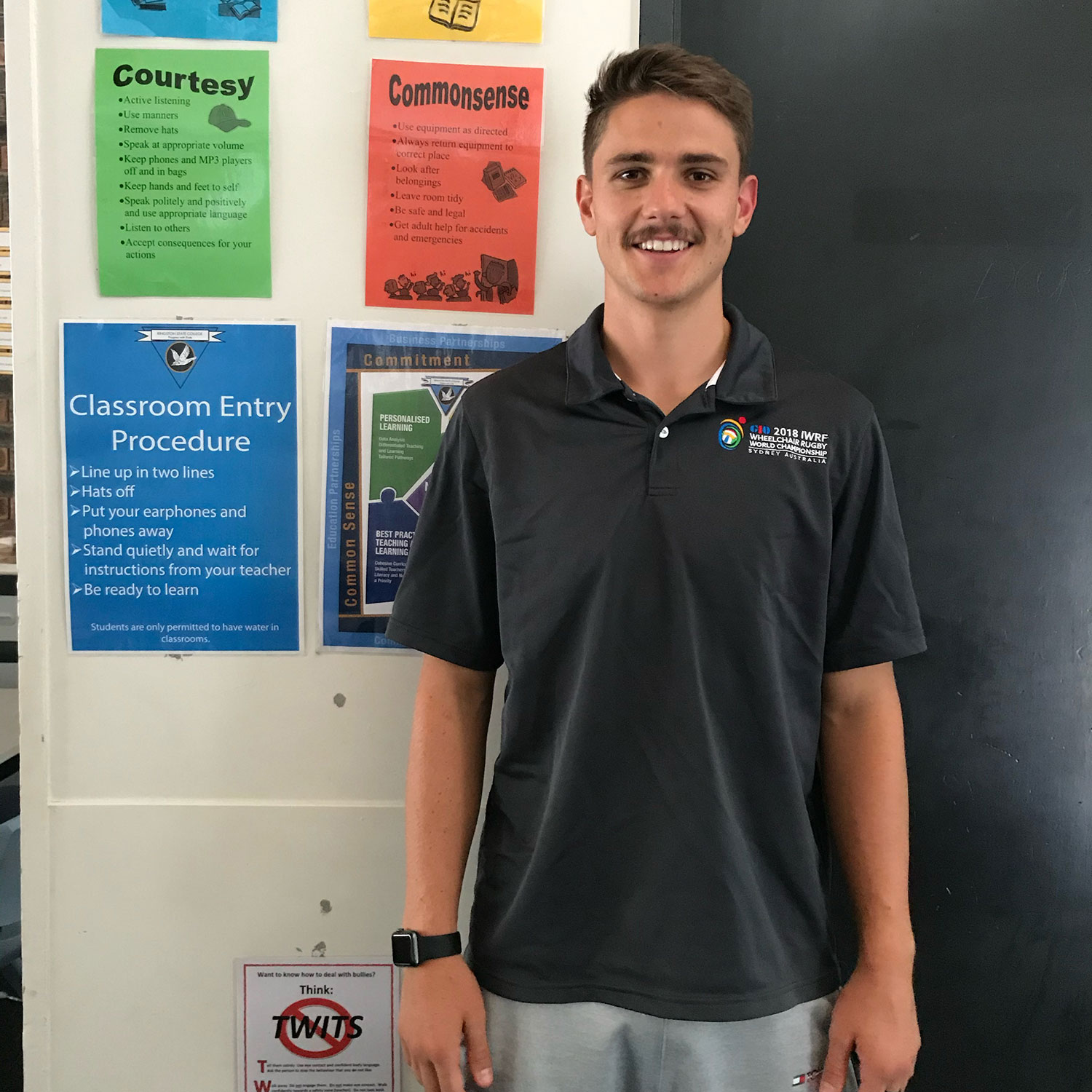 Joshua Glachlan will graduate from the University of Newcastle this week as a PE teacher.

Being at a lower SES school, often the kids don’t have the resources to push themselves, so when I’m teaching, I try to be a good role model as well as a person who educates.