Sean Sadler's honours research focused on pre-test rest time for the measurement of the toe brachial index (TBI). This research subsequently lead to a change in clinical practice procedures and was presented at the 2013 Australasian Podiatry Conference. Sean has also presented research on the effectiveness of foot orthotic devices for the prevention and treatment of low back pain at the 2015 Australasian Podiatry conference. Sean continues to expand his area of research interest and presented research on running related injuries and footwear related pain at the 2015 Sports Medicine Australia Conference. Sean is currently undertaking a PhD in Podiatry with the research focusing on a randomised controlled trail of conservative interventions for the treatment of chronic non-specific low back pain. Part of this research was presented at the World Congress on Low Back and Pelvic Girdle Pain (Singapore) and the New Zealand Physiotherapy Association Conference (Auckland) in 2016. Additional research areas include systematic literature reviews, validity and reliability projects, and cohort studies.

Sean Sadler's initial teaching appointment fueled his passion for teaching. Sean was a key contributor in the development, implementation, and management of a first year podiatry subject that ranked number 1 across the University of Newcastle in the annual University Experience Survey for commencing students. Sean has received both institutional and national recognition for his teaching expertise. He was awarded a Faculty of Health and Medicine Teaching and Learning Award in 2015. Sean continued to receive recognition of his teaching methods throughout 2016 with a University of Newcastle Vice-Chancellor's Teaching Excellence Award and a Citation for Outstanding Contribution to Student Learning at the Australian Awards for University Teaching. Sean continues in his role as a course coordinator, lecturer, and clinical supervisor at the University of Newcastle in subjects across first, second, and third year.

The balance Sean has between clinical practice, teaching, and research facilitates a well-rounded approach to his current roles at the University of Newcastle. Sean's involvement with the National Aboriginal and Islander Day Observance Committee (NAIDOC) and Homeless Connect Day has improved community engagement and advanced knowledge of podiatry related problems in the local community.

Funding body: The University of Newcastle - Faculty of Health and Medicine

Funding body: University of Newcastle - Faculty of Health and Medicine

Funding body: University of Newcastle - Faculty of Health and Medicine As an inaugural recipient of a DVC(A) Merit List Award for Teaching and Learning Excellence, Clinical Educator in podiatry, Sean Sadler, shares his approach to education and what makes a great teacher.

As an inaugural recipient of a DVC(A) Merit List Award for Teaching and Learning Excellence, Clinical Educator in podiatry, Sean Sadler, shares his approach to education and what makes a great teacher. 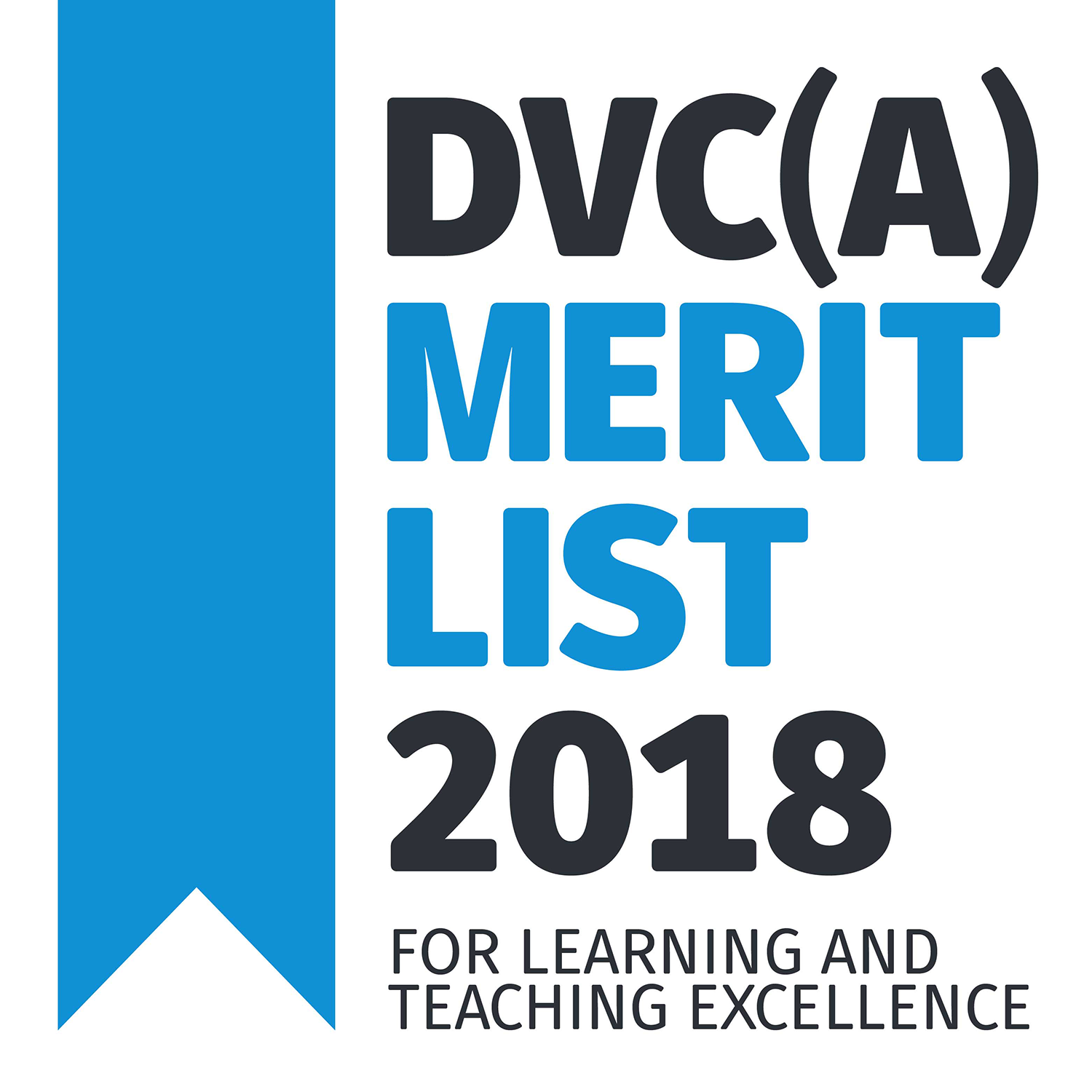