School of Humanities and Social Science (Sociology and Anthropology)

Dr Daniela Heil's anthropological expertise is helping to understand the impact of cultural differences on the health of indigenous communities. 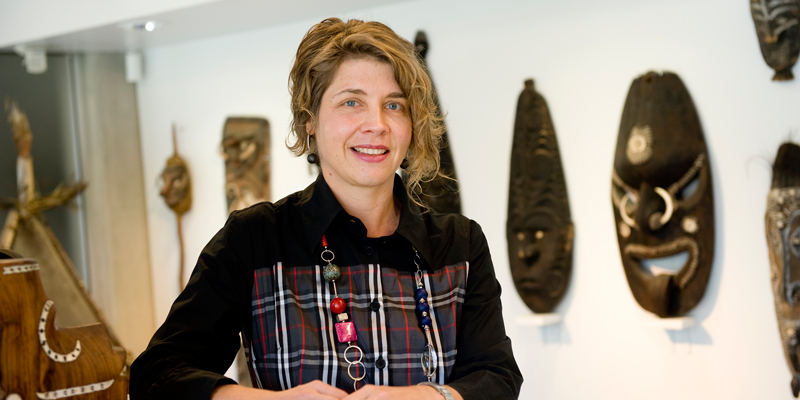 Dr Daniela Heil first started working with an Aboriginal community in Central Western NSW in 1997 as part of her PhD-related anthropological fieldwork and since then has developed lifelong relationships with Indigenous communities and people.

Her strong connection has given her great insight into why the health system is letting down Aboriginal people.

"Often non-Aboriginal policy makers refer to the way health care providers should behave in terms of 'cultural appropriateness', but this term has been coined from a non-Indigenous perspective," Dr Heil said.

"Instead Aboriginal people judge healthcare in terms of 'cultural safety'. They place a greater emphasis on what they have experienced over time, how they feel and how their feelings are addressed," she said.

With health statistics showing poor outcomes for Aboriginal peoples and Torres Strait Islanders, including life expectancies of up to 15 years below those of non-Indigenous Australians, Heil's work has illustrated that such cultural differences are major factors in explaining why mainstream health interventions are not embraced by Aboriginal peoples in the same ways.

Heil, a researcher from the Faculty of Education and Arts, has built on her PhD research to address the question of whether the distinctive characteristics of Indigenous cultures can be successfully accommodated in health policy and practice, in Indigenous peoples' terms.

Her work, which has been published in the British Social Science and Medicine Journal, titled "Conceptualizing "risk taking" in Australian Aboriginal health" looks at discrepancies between the Indigenous and non-Indigenous perspective on health and wellbeing.

Dr Heil says it's not that Indigenous people don't care about their health; it's just that they place a greater importance on others so putting their health first can end up contradicting their cultural values.

"If their doctors says 'you must take your medication – it's your priority', that order might contradict ten other social obligations that are their priority in culturally oriented terms. That is, for Aboriginal Australians greater emphasis is placed on responsibilities for family, so if they are seen to be putting their individual selves first, it's about risking and jeopardising the social acceptance of their kin," Dr Heil said.

The outcomes of Dr Heil's work contribute to informing health care policy formation with a greater emphasis on extended family networks and considerations for the differing local issues in each Indigenous community.

"If someone gets five minutes of advice on how to be healthy and then goes home and can't incorporate that into their life, it makes no difference. I'm proposing if you take the time to explain health care issues in culturally safe ways, even though it might cost more to do it properly in the long run, it will actuallyhave a significant affect on Indigenous health outcomes," Dr Heil said.

As an interesting side project, since 2006 Dr Heil has studied a relatively new phenomenon where German parents use Ukraine surrogates to give birth to the biological children of the former.

"Couples fly to the Ukraine where egg and sperm are implanted into surrogates, who then give birth nine months later," she said. "As soon as the child is born the parents go to Germany, get a passport issued, the mother says that she gave birth to the child in the Ukraine, then they fly home."

"I'm interested in it in terms of legality. In Germany it's illegal because the surrogate gave birth – they don't accept that the biological mother has given birth. The German government is trying to deal with how to accept these children and it will have consequences later when the children decide to marry as they do not have a proper birth certificate to this point in time," Dr Heil said.

Dr Heil's work in this area will soon be featured in the Cambridge Anthropology journal. 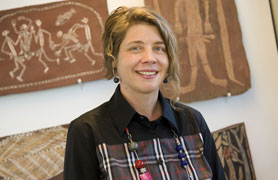 Daniela Heil's anthropological expertise is helping to understand the impact of cultural differences on the health of indigenous communities.

Research Expertise
My research expertise is in social and medical anthropology. I have established a sound reputation in Australian Aboriginal and Torres Strait Islander health and well being research. My research expertise derives from, and works with, the conjunctures and disjunctures of Australian Indigenous practices and mainstream health approaches. The overall aim of my research has been to set up, develop, elaborate and maintain approaches that mediate national Indigenous health policy agendas with the socio-cultural differences of localised Indigenous knowledges, practices and understandings. To date, my anthropological fieldwork and related research have been situated in Australian Indigenous communities in New South Wales, Western Australia and the Torres Straits. Further research interests address gestational surrogacy experiences and practices.

Caring to Close the Gap: Indigenous Health in Policy and Practice$5,000