Life in the borderlands

Professor Duncan McDuie-Ra examines the relationship between rural-urban space migration and the kind of world this creates, particularly in the borderlands of India. 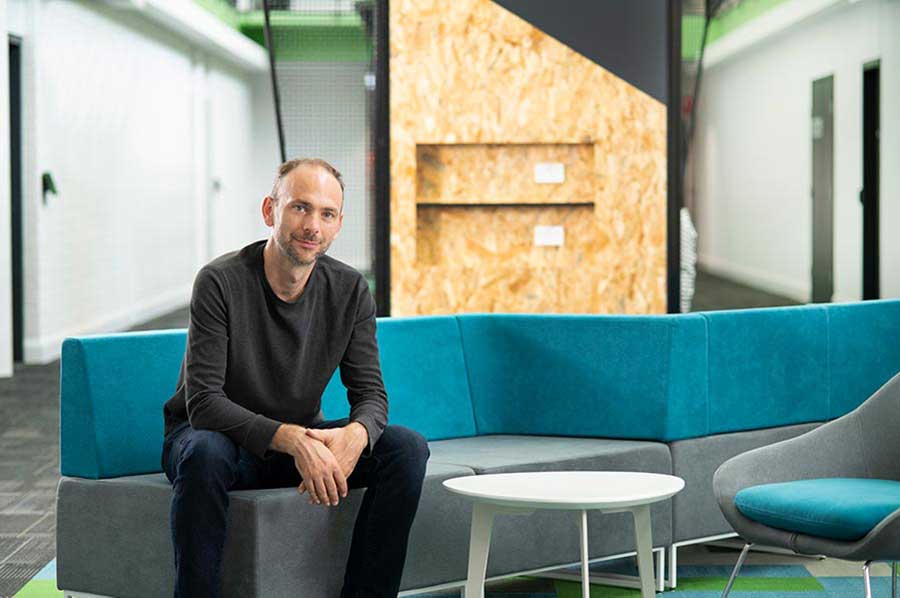 Typically research on urbanisation focuses on mega cities such as Sydney, Rome or Delhi. However, Professor Duncan McDuie-Ra is a sociologist whose research interest lies in the smaller cities of less than a million people, as it is these cities that are growing the fastest and where the majority of people experience urban life in the Global South.

His specialty is exploring what it is like to live in smaller cities in remote areas and borderlands.

“These cities pose some very interesting challenges for how we understand urbanisation, poverty, mobility and livelihoods. Smaller cities also pose a number of things we can learn from in terms of how they are governed, organised, their use of technology and how infrastructure is deployed,” Professor McDuie-Ra said.

It’s landscapes that have always moved McDuie-Ra - for him they’re emotional and accessible. He is interested in the visual aspects of the landscape and questions the juxtapositions like little hair salons next to mechanic shops and what that means about people who migrate there.

“Why are these migrants moving there? What’s happening in their lives? How are bigger things like conflict, wars, famine, and environmental degradation rupturing the migrant’s lives? There are other forces at play too. People also move because they are attracted and have aspirations for a bigger and better life, there’s a lot that anyone can relate to in those stories,” he said.

Ever since a young age McDuie-Ra has been fascinated with frontiers and those places on a map where one country ends and another begins.

“Growing up in Australia we don't have land borders, but for me there’s something about that spot where India ends and Myanmar begins. What does that look like on the ground? What are the communities and people like between those? What can those towns tell us about borders, are they effective? Do they matter or not?” McDuie-Ra said.

He says that the region of North East India, on which he focuses, is unique because it’s outside the main national frame of India in terms of ethnic and racial destinations.

“It’s a wad of territory almost cut off from India and its borders are with other countries - it’s a classic border zone. It’s a kind of geo-political oddity that has always fascinated me and I want to understand it better in terms of the people that live there, how it’s changing, and what happens when you start connecting countries.”

His 2016 book, Borderland City in New India: Frontier to Gateway, focuses on the city of Imphal, in the state of Manipur and on the border with Myanmar. He says he was drawn to Imphal for a long time because of its history of conflict and transformation to an urban environment.

“Imphal was a frontier city, violent, dangerous and excluded from mainstream national development protocol as it was a separatist region. However in the last decade it is increasingly seen as gateway connecting India to South East Asia. The city has been transformed by an infrastructure of connectivity. We often talk about globalisation or regional integration but what it actually looks like on the ground is big roads going through the cities like Imphal,” McDuie-Ra said.

“Imphal often goes through sporadic conflict and there are times where it is blockaded from the rest of India through protests often for 3-4 months at a time. I wanted to examine how people make life in the city and how the city continues to grow despite its challenges. What drives that growth?” he questioned.

McDuie-Ra undertook much of his research on foot around Imphal, encountering people that helped to piece together the puzzle of what it was to live in the city.

“I was walking in a city where no one walks because they’re genuinely worried about safety, so it was very interesting and emotionally taxing.”

The book examines how people feel a sense of belonging in the city and neighbourhoods, control and how people live in an environment that the military has occupied for a long time and how ethnic politics plays out in the city.

“I also wrote about the growth in private schools and how this has happened because the public system is so dysfunctional. Land for the private schools is often on the outskirts of the city and it’s changing the way education works and the way parents pay for education – they have to take out loans. It’s interesting because it’s an abandonment by the people of the government provision of school because the government is so useless,” McDuie-Ra said.

Professor McDuie-Ra has a forthcoming book also focused on North East India, this time in Dimapur, which is in the Nagaland state next to Manipur.

The book, Cease Fire City – militarism, capitalism and urbanism in Dimapur is co-authored by Dr Dolly Kikon from the University of Melbourne. Following on from Borderland City in New India: Frontier to Gateway, the authors apply a lot of the same questions to Dimapur, however Dimapur is unique because it has gone through 20 years of cease-fire negotiations.

“Dimapur is interesting because it’s a commercial capital of a region that fought a long separatist war with India. The Naga Homelands Movement fought against the Indian government and in 1997 there was a cease-fire. The reason the book is called Cease Fire City is because they haven’t yet come to a final peace agreement,” McDuie-Ra said.

The book questions how do cities grow when they’ve been through conflict and suddenly have peace? McDuie-Ra says the subtitle, Militarism, Capitalism and Urbanism refers to the fact that Dimpur is still a very militarised city with a huge Indian Army presence.

Capitalism refers to how business has grown since the cease-fire and what money making opportunities have flowed since then. The authors also examine how the conflict itself bought people to the city seeking safety and how the cease-fire has solidified their residence.

“That led us to look at urbanisation – how the city is making itself more city like. It was a collection of settlements, bases and supply colonies that is now trying to be governed and look more like a city. The Indian government is starting to fund local councils, but it’s a complicated urban environment because it’s Indigenous land, so there is a complex legal arrangement and pockets of different governance and territorial control.”

In terms of research methodology, in Dimapur McDuie-Ra spent less time talking to people and more time taking photos and asking locals about the images.

“Communicating through image was a bit easier. Rather than trying to establish a common terminology, I found that if we had images to refer to we could be quite specific about what it was and what they meant.”

The book is due to be released in late 2019 with Oxford University Press.

Life in the borderlands

Most of my research has been in South Asia, particularly the borderlands of Northeast India, with collaborative work in other contexts. I have also worked on race and ethnicity in South Asia, frontiers, concrete, migration (especially youth migration from the borderlands) extractive industries and communities, intellectual property and urban space, and various other inter-connected themes.

I skateboard daily and fall often.

I hold a number of editorial roles with journals and book series:

I am a member of the Asian Borderlands Research Network committee.

Two of my monographs with Amsterdam University Press have been made open access under the EU's OAPEN program:

And some of my shorter pieces are available open-access too:

Learning to Love the City; Concrete and Culture in Northeast India; School Versus Paddy University of Newcastle sociology students are exchanging diverse perspectives and collaborating with their peers at the University of Texas in Austin USA in a unique global virtual exchange program. What does this mean for our future society and culture? Indeed, for the future of humanity?These and other questions were considered at a public forum on the topic of artificial intelligence hosted by the Centre for 21st Century Humanities recently.

University of Newcastle sociology students are exchanging diverse perspectives and collaborating with their peers at the University of Texas in Austin USA in a unique global virtual exchange program.

What does this mean for our future society and culture? Indeed, for the future of humanity?These and other questions were considered at a public forum on the topic of artificial intelligence hosted by the Centre for 21st Century Humanities recently.