School of Humanities and Social Science (English and Writing)

An Outsider at Home

Keri Glastonbury is an accomplished poet and author whose writing often evokes a sense of displacement in the locale she inhabits. She also supervises in the Creative Writing higher degree research program, one of the most popular Masters and PhD programs at the University of Newcastle. 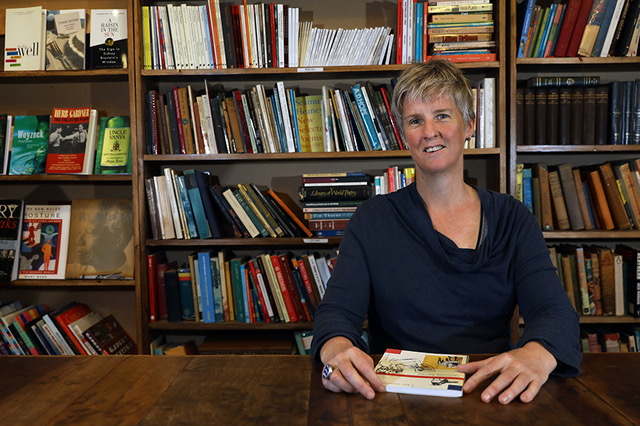 As a writer who has lived in, and travelled to, various locations around the world, place is often a theme in Dr Keri Glastonbury’s creative works. But she is not your usual poet of place, with her writing emphasising Glastonbury’s sense of multiple selves and geographies overlapping over time.

“The style of my writing in these places is often different to what people expect. They expect my Wagga poems to be about sheep or classic rural poetry of the land or perhaps more contemporary eco-poetry, but mine isn’t. My sequence of poems “Triggering Town”, in my poetry collection Grit Salute were written after visiting Wagga where I grew up. I was completing my Doctorate in Sydney and the poems take more of an urban or suburban sensibility back to my hometown” Dr Glastonbury said.

“Growing up in Wagga I didn’t have an understanding of post colonial Australia. Those are words I’d probably never even said. But after a tertiary education in Sydney I was armed with a new vocabulary and I used that to look at language and place quite differently in those poems. I was also more conscious of it being a regional town in the country”.

She also spent six months in Wagga on sabbatical in 2013 and wrote a personal essay called “Lost Wagga Wagga” which focuses on a particular river bend on the Murrumbidgee.

“It was the site of the rape and murder of a school friend in the 1980s, and I began to write it after taking my mum there for a swim. Mum has dementia, so the essay became a meditation on getting lost in familiar places, and never really knowing their full history.”

Glastonbury’s latest book Newcastle Sonnets is collection of 14 line poems that engage with the transformation of Newcastle, where she has lived since taking up her appointment at The University of Newcastle in Creative Writing in 2006.

“Newcastle has undergone a period of relatively rapid gentrification in the last 5 years and writing the sonnets has given me the agency to become a literary architect of the city as a way of intervening into our era of generic property development and global privatisation. I want to represent a more textured and layered idea of the lived experience of places,” she said.

“I’ve also travelled to Japan and my first poetry collection Hygienic Lily was about that cross-cultural experience, both as a tourist in Japan and as someone then living in Potts Point which in the 1990s was a popular tourist destination for the Japanese. Later I lived in Coogee and wrote a long sequence set on Sydney’s Eastern Beaches, so yes I suppose you can map different places through my poetry, not that I consider myself a poet of place. That traditionally requires a more deep sense of connection; my connection is more transitory. I would never claim to be the poet laureate of Newcastle or a bard of Wagga because that would feel too authenticating, I’m always slightly displaced at the same time,” she said.

Glastonbury completed a Doctorate of Creative Arts at UTS in 2005 with a thesis called: “Shut Up! Nobody Wants To Hear Your Poems”.

“As you can imagine this got a laugh out of the audience at my graduation,” she said.

As a supervisor of the University of Newcastle’s thriving Masters and PhD in Creative Writing program she assist students to shape and edit their creative work, including novels, memoir and poetry and also to place their work in a broader literary context through an accompanying critical component.

“Our PhD program allows students to complete a major creative work and exegesis, rather than a traditional thesis. I've supervised over 20 higher degree research (HDR) completions over the last decade and our program is flourishing,” she said.

“In terms of supervision it feels like there is a dynamic, passionate cohort of students. They get to meet each other and be part of a community of writers. They produce so many fascinating projects that end up being book manuscripts.”

“One of my students wrote a series of short stories predominantly set in Newcastle which she placed in the context of post-grunge fiction, another a novella set in Newcastle where the millennial protagonist dated a guy from Hillsong Church. Another wrote a memoir about her childhood growing up in rural Philippines. Currently I'm supervising a student writing a novel set in a medical hospital during the French Revolution, and another writing a novel with a central character who is Indigenous and queer. I’ve also supervised genre PhDs from young adult to feminist legal thrillers,” Glastonbury commented.

Glastonbury said she doesn’t approach her supervisory role like a publisher would, rather she, and her students, are doing it for the love of writing and scholarship.

“I’m not thinking like a publisher about a market and doing that sort of editorial work with the students. Sometimes I think it’s sad because it’s becoming harder and harder to get published and I think ‘wow’ I’ve read all these amazing manuscripts that will never get published. But being published is not the only reasons students are doing this work. A lot of the time the students are just driven to finish a book and I get to go through that creative process with them. That said a number of students do end up having their manuscripts published, which is the case for many of my past students such as Dr Michael Sala, Dr David Kelly and Dr Ivy Ireland.”

One of Keri’s PhD students, Dr Meg Vertigan, recently completed her novel The Strong Dress, based on Deep Sleep Therapy performed on patients at a private Sydney hospital up until the early 1980s. Puncher & Wattmann will publish the book in 2019. Dr Vertigan says she feels as if her skills in both researching and writing have increased due to the guidance of her supervisors including Dr Glastonbury.

“The support that Keri gave me was always based in her belief that my project was worthwhile, and my writing was good. Keri achieved a great balance of encouraging me while at the same time being very clear about any work that needed rethinking,” Dr Vertigan said.

The higher degree research students are a mix of recent graduates who completed an undergraduate degree with Honours in Creative Writing, along with mature-age students from various backgrounds who want to work on a major creative project with the support of supervision.

“One of the great things about Australian Universities is that HDR degrees are still fee-free, so it’s a very attractive option for many people to return to University to study something they love and to complete a major creative project,” Dr Glastonbury said.

Dr Glastonbury says her students are usually very motivated, at least to write their creative work. The exegesis is often more of a challenge as they have to create a critical component to place their work in a broader literary context.

“I think students often get the most out of their exegetical research, by deepening their understanding of whatever genre they are working in and dissecting how other authors have approached similar tensions and resolved them in narrative. For example, if a student is writing a memoir, there's always the question of how reliable memory is, how contingent and subjective the genre's claim to truth actually is.”

In their exegesis the students look at the genre, other exemplars, and the innovative ways that other people are stretching the boundaries of their genre or critical questions that are being raised. They also start to reflect on their own practice and what they’re hoping to do in their work in the field.

“Some people think it’s a Mickey Mouse degree but I actually think it’s a double degree, the students do more than enough. If you’re a pure literary scholar, they say you can’t be a critic of your own work. But that’s not how we approach it in our program. While our students are asked to be more subjective, that doesn’t mean they claim authority, but self-reflexively put themselves on the line and test out their knowledge in a more confronting way than many other academics do,’ Dr Glastonbury concluded.

An Outsider at Home

Keri Glastonbury is an accomplished poet and author whose writing often evokes a sense of displacement in the locale she inhabits. She also supervises in the Creative Writing higher degree research program, one of the most popular Masters and PhD…

Keri Glastonbury teaches creative writing at the University of Newcastle and completed a Doctorate in Creative Arts at the University of Technology, Sydney in 2004 (where she previously taught cultural studies and writing). She is a widely published Australian poet and has received numerous grants from the Australia Council, including the BR Whiting Residency (Rome). In 2009 she had an Asialink Literature Residency in India.

Keri received a Vice Chancellor's Award for Supervision Excellence for the Faculty of Education and Arts in 2011 and has supervised over twenty HDR completions.

She has research interests in the emerging writers' community, contemporary Australian poetics and life-writing.

Keri's most recent poetry collection is Newcastle Sonnets (Giramondo, 2018) which has been shortlisted in the 2019 Prime Minister's Literary Awards.

Australian writing after the internet$13,500 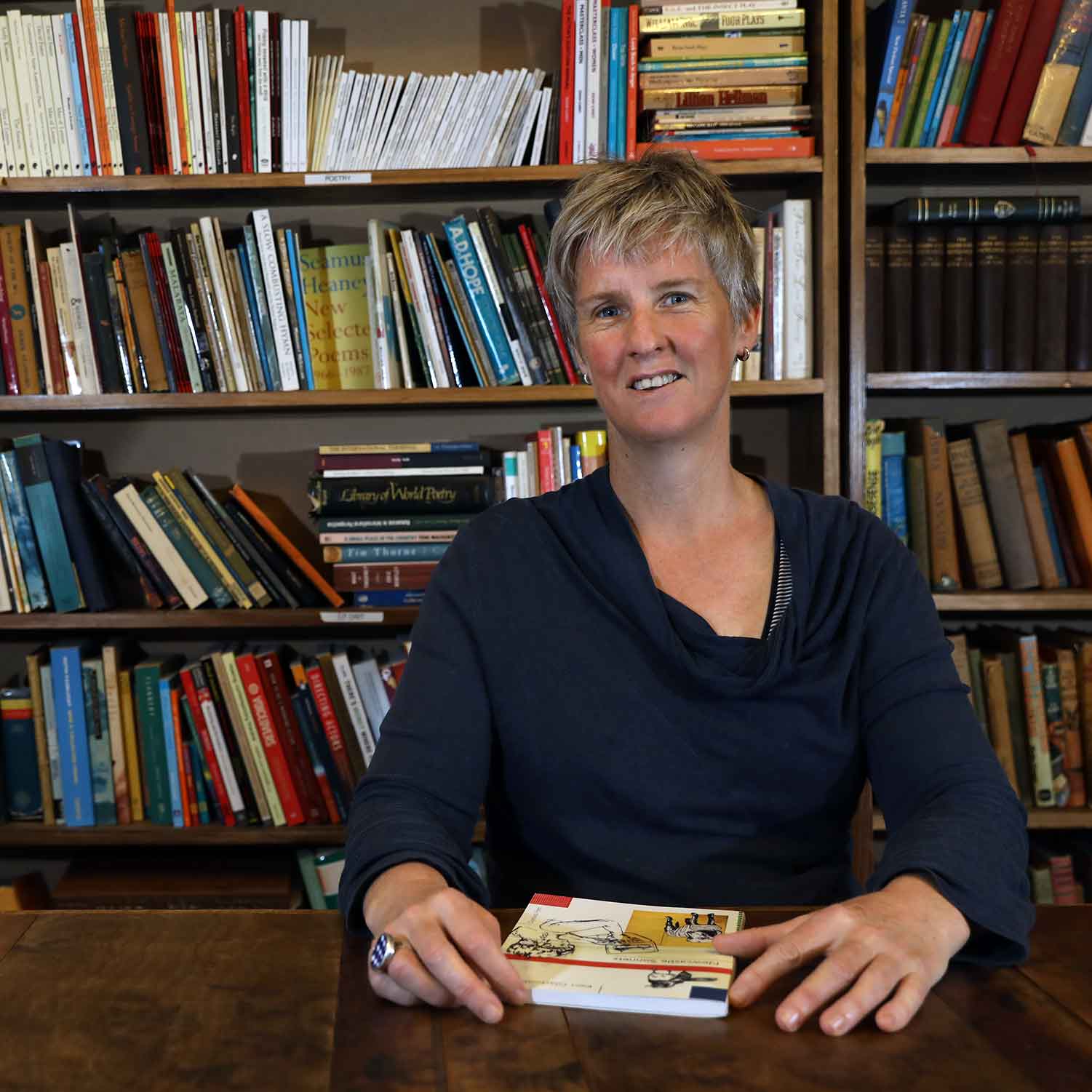 Poet, author and Senior Lecturer with the School of Humanities and Social Science Dr Keri Glastonbury has had her book Newcastle Sonnets (Giramondo, 2018) shortlisted in the Prime Ministers Literary Awards in the poetry section. The 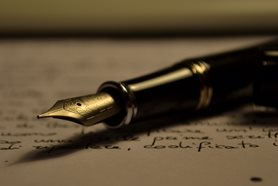 Poet, author and Senior Lecturer with the School of Humanities and Social Science Dr Keri Glastonbury has had her book Newcastle Sonnets (Giramondo, 2018) shortlisted in the Prime Ministers Literary Awards in the poetry section. The

Newcastle Sonnets is in part an homage to Ted Berrigan’s The Sonnets (1964), substituting Berrigan’s cosmopolitan New...