Moving beyond healthcare towards health

Who would have thought that having lovely handwriting would set someone’s career path? Enter Zee Upton, who was offered her first job as a lab technician because her handwriting in her written application was so ‘nice and neat’. 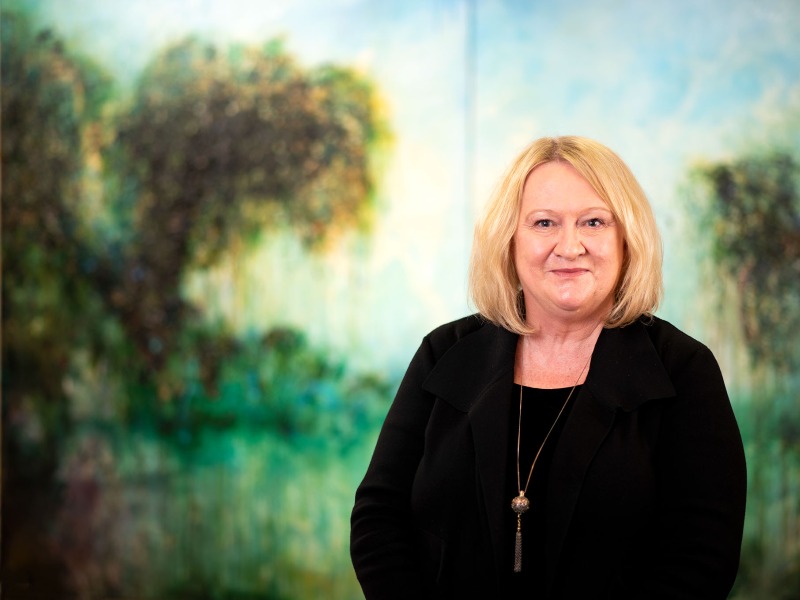 While the intention of that CSIRO job was simply to support herself financially through university, her boss quickly recognised Zee’s capabilities and encouraged her to combine her job with part-time studies. Fortunately, the role proved to be ideal: not only did Zee develop a real passion for research, but they held her job for her while she completed Honours and then her PhD.

Her years with the CSIRO, Queensland University of Technology and the Agency for Science, Technology and Research (A*STAR) in Singapore led Professor Zee Upton to her current role as Pro Vice-Chancellor of the College of Health, Medicine and Wellbeing, a position she has held since May 2021.

Growing up in country South Australia and being the first in her family to attend university has given Zee an affinity with the issues and difficulties that confront people living in rural areas. She always felt she would return to a regional university, and was drawn to the University of Newcastle by its values - particularly its strategic plan – which align well with her own.

She sees her role as being an enabler of others, particularly in the areas of high-quality teaching, new research partnerships in exciting areas, and interdisciplinary ways of working.

“I’m very focused on how we deliver benefits to make an impact on people’s lives. How do we improve not only healthcare but, importantly, the health of people in rural and regional areas as well as those in peri-urban areas like Newcastle?” questions Zee.

“My mantra for the College is ‘Moving beyond healthcare towards health’. This reflects my interest in early intervention and prevention rather than treating disease – of course I would rather we didn’t have disease in the first place! I hope to take the College with me along this journey towards health.”

Making a difference in people’s lives

Zee’s research interest has long been in skin and wound care innovations, but she has picked up some impressive leadership and entrepreneurial skills through her career.

She made a discovery and patented it while at the CSIRO.

With QUT, she held the position of Vice-Dean of Research in the Faculty of Health; formed a start-up company which was listed on the stock exchange; and led the formation of a wound management cooperative research centre, for which she brought in over $40 million in funding.

While with A*STAR, she was Executive Director of A*STAR’s Institute of Medical Biology; brought in over $50 million in funding to establish the Skin Research Institute of Singapore which she later led; and established the Wound Care Innovation for the Tropics program.

Also during her time in Singapore, she set up a gender diversity working group through which she continues to mentor local women.

“My PhD was on the structural changes in growth factors in different species. That early interest led me to stumble into skin care and then find my passion for wounds,” describes Zee.

“It’s really important to me that I’ve been able to use my passion to innovate in tangible ways that make a difference in people’s lives. It’s been serendipitous how everything has just linked together.”

Singapore’s transformation from fishing village to global powerhouse held a lot of lessons that Zee grabbed in the six years she worked with A*STAR. She learnt that progress is planned and strategic rather than accidental. She learnt that a couple of key questions are vital in making decisions for the good of the people.

How do we deliver economic benefits for the nation?

How do we deliver health benefits for the population?

“I think sometimes in academia we are a little bit isolated from the goals associated with benefits and impact. We do a lot of stuff for intellectual curiosity that just satisfies ourselves,” Zee explains.

“The ranking system and academic metrics create a culture where people focus on what their peers think of them rather than important questions such as am I delivering impact? Am I delivering something of benefit to taxpayers? I would prefer that we tracked and followed impact rather than whether someone reads our paper.”

Zee plans to use her lessons learnt in Singapore to build a health innovation ecosystem in the Hunter and Central Coast.

“The first step is to attract a big company that wants to engage with the region because we offer something unique. The ingredients and supply companies then come on board, and then the start-ups follow. This process is pretty much the opposite to what typically happens in Australia, but I’ve seen the process work,” she said.

Integral to the health ecosystem is the University’s role in equipping students to work within the sector.

“We need to focus on creating jobs so that people want to be in the region and enjoy living here. If we don’t do that, we won’t have regional communities. For me, first and foremost, our role is to train people for jobs that we can create in the region so it’s vibrant and can deliver both economic and health benefits,” explains Zee.

Zee envisages a number of dimensions to this health ecosystem that the College can impact, including the alignment between translational research and manufacturing, utilising data-informed technologies, and understanding the way we deliver healthcare services and doing this more efficiently. There are, of course, roles within this for multidisciplinary collaboration.

“The era of working in your own discipline is over,” states Zee. “We need interdisciplinary teams who are happy to listen and learn from others. The best thing we can all do is share our common goals and respect and trust each other to go on that journey together.”

The highs and lows of her experiences as an educator, researcher, entrepreneur and female executive in male-dominated organisations have influenced Zee’s enabling approach to her current role: enabling students to be creative problem solvers in their jobs; and enabling research translation into outcomes that make an impact on the road from healthcare to health.

Moving beyond healthcare towards health

Professor Zee Upton is the Pro Vice-Chancellor of the College of Health, Medicine and Wellbeing, a position she has held since May 2021.