Dr Jim Hambleton is a self-described "dirt man." Sunnily asserting his intrigue and the importance of some of our planet's most mundane materials – earth and stone - the early career researcher boasts it's a challenging but "very fascinating" professional setting he finds himself in.

"I started out wanting to be a structural engineer because working with major buildings sounded really cool," he laughs.

"By the end of my undergraduate degree, however, I was convinced geomechanics was the way to go."

"Soil and rocks are much more puzzling."

"We still don't know how they behave – composites like steel and concrete are created by us to act a certain way."

Faithful to these origins, Jim studies elements of both natural and manmade environments. Whether the application is construction or mining, tribology, or even terrestrial exploration, the North American native avows it's essential to understand our effects as geomorphic agents.

"It turns out, probably unsurprisingly, that human beings move an enormous amount of earth each year," he explains.

"We continue to do so without really acknowledging or grasping what it is we're actually doing."

Best known for his expertise in computational plasticity, Jim is also well versed in modelling problems in geo and solid mechanics.

"When you put bridges and roads on the Earth you need to know how much they will penetrate under loading, even under their own self weight, and how much they are going to settle over time," he clarifies.

"More dramatically, you have to make sure that they're not going to fail, which we see quite often unfortunately with landslides, tunnel collapses and sink holes."

Jim's experience in dealing with these complications can be traced back to his PhD thesis. An ambitious postgraduate student at the University of Minnesota in the United States, he looked to examine soil-wheel interactions between 2007 and 2010.

"There are all kinds of reasons why you would be interested in this," the International Association of Computational Mechanics member suggests.

"It encompasses mobility difficulties, for example, whether they are off-road machinery here on Earth or rovers on Martian landscapes."

"Getting unstuck is a really tricky problem!"

"My doctoral work has ramifications for several environmental issues too – the destruction of vegetation, changes in runoff, and erosion all start with wheels damaging the soil."

Seeking to put science behind some "very empirical" data, Jim set about developing rigorous modelling framework for this specialist research area. Morphing into "something quite fundamental," the impressive innovator's three-year probe duly served to document the process by which plastic deformation is induced in different terrains.

"It produced a handful of offshoots," he recalls.

"I conducted subsequent studies on wheels themselves, for example."

"It was an absolute blessing," he states.

"It's brought together a really wonderful, smart group of people."

Continuing to collaborate with some of the field's boldest and brightest, Jim is currently investigating the mechanics of installation for screw piles and screw-type devices.

"The former are deep foundations that consist of one or more helical plates mounted to a central shaft," he comments.

"They're installed by twisting the pile into the ground under an applied torque or axial force."

"The latter, on the other hand, are encountered in a large number of applications, ranging from the fasteners used in building construction to the biomedical screws used to secure bone and other tissue."

With "relatively few attempts" made to model these processes theoretically, Jim is looking to champion multidisciplinary research about the fundamentals of ground anchoring systems.

"We're in a period of infancy in terms of understanding how they actually work," he admits.

"They're easy to install, but, depending on the load combination, can under-rotate, neutrally rotate, or over-rotate, which in turn affects the amount of soil disturbance."

Dusting off some solutions

When asked about his long-term aspirations, Jim is quick to reply.

"In figuring out how soils and rocks fail under loading, a big issue is understanding the basic parameters that govern deformability and strength," he says.

"How can you measure those things effectively and speedily?"

Taking samples and "squeezing and manipulating" them in laboratory settings, Jim is eager to answer just that.

"These tests are not without their limitations though," he affirms.

"It might be better to carry out measurements in situ with a probing instrument or two."

"The science will be getting an index of actual material properties."

"Geotechnical engineers can then tell what to expect when you build infrastructure on, or in, naturally occurring deposits of soil and rock."

I am an Early Career Researcher, having received my PhD in Civil Engineering in June 2010 from the University of Minnesota. My involvement in research started at an early age with an appointment as an Undergraduate Research Assistant in the Department of Mechanical Engineering at the University of Minnesota. In 2005, I completed an internship at Barr Engineering Company in Minneapolis. Since completing my postgraduate studies, I have been employed continuously in a position at the University of Newcastle. I first joined the Priority Research Centre for Geo technical and Materials Modelling in July 2010 as a Research Associate (Level B) and then became a Research Academic (Level C) within the ARC Centre of Excellence for Geo technical Science and Engineering (www.cgse.edu.au) at its inception.

Please visit my personal website (www.jimhambleton.com) for more on my background and interests.

Research Expertise
My general areas of interest are in computational plasticity, contact mechanics, geo technical analysis, and analysis of problems involving steady, pseudo-steady, and unsteady plastic flow. My expertise is in modelling problems in geo- and solid mechanics that are characterized by continuous failure and displacement of material via contact with a rigid or flexible object. Specific areas of interest include (1) ploughing and cutting of soils in earth moving operations, (2) installation effects for screw anchors and screw foundations, (3) penetration-based testing for in situ characterization of soil strength and deformability, and (4) soil-wheel interaction for off-road vehicles.

Administrative Expertise
My administration expertise derives from years of experience in university governance and professional stewardship. I am currently a Member of the Faculty of Engineering and Built Environment Faculty Board. At the University of Minnesota, I was a Member of the Classroom Advisory Subcommittee, a subcommittee of the University Senate charged with providing advice on issues pertaining broadly to teaching and learning in classrooms. My overarching objective in these positions has been to ensure that the representative views of those directly involved in teaching and research are used to shape policy. On a professional level, I currently Chair the local Chapter of the Australian Geo mechanics Society. Part of this role is to actively engage with industry to bring leading national and international researchers to Newcastle to give seminars, short courses and touring lectures (including the Rankine Lecture on behalf of the Institution of Civil Engineers London, the Terzaghi Lecture on behalf of the ASCE, and the E H Davis Lecture in behalf of the AGS). Prior to acting as Chair, I spent three years in the role of Young Geo technical Professional Representative.

Collaborations
My research aims to advance the understanding of how soils are moved and shaped through interaction with man-made objects and machinery. An overarching goal is to develop rigorous, mechanics-based models for predicting soil deformation and the corresponding force requirements or reactions. These problems pose a tremendous challenge due to the confluence of unsteady plastic flow, potentially three-dimensional deformation, contact interaction, material instabilities, and rate effects from inertial forces and hydro mechanical coupling (for saturated or partially saturated soils). Through collaborative research initiatives, I hope to establish new modelling paradigms to help establish accurate, robust, and efficient computational methods. In collaboration with industry leaders and policymakers, I endeavor to realize the full potential of this work as a means of reducing costs and production times, as well as mitigating consumption and pollution. 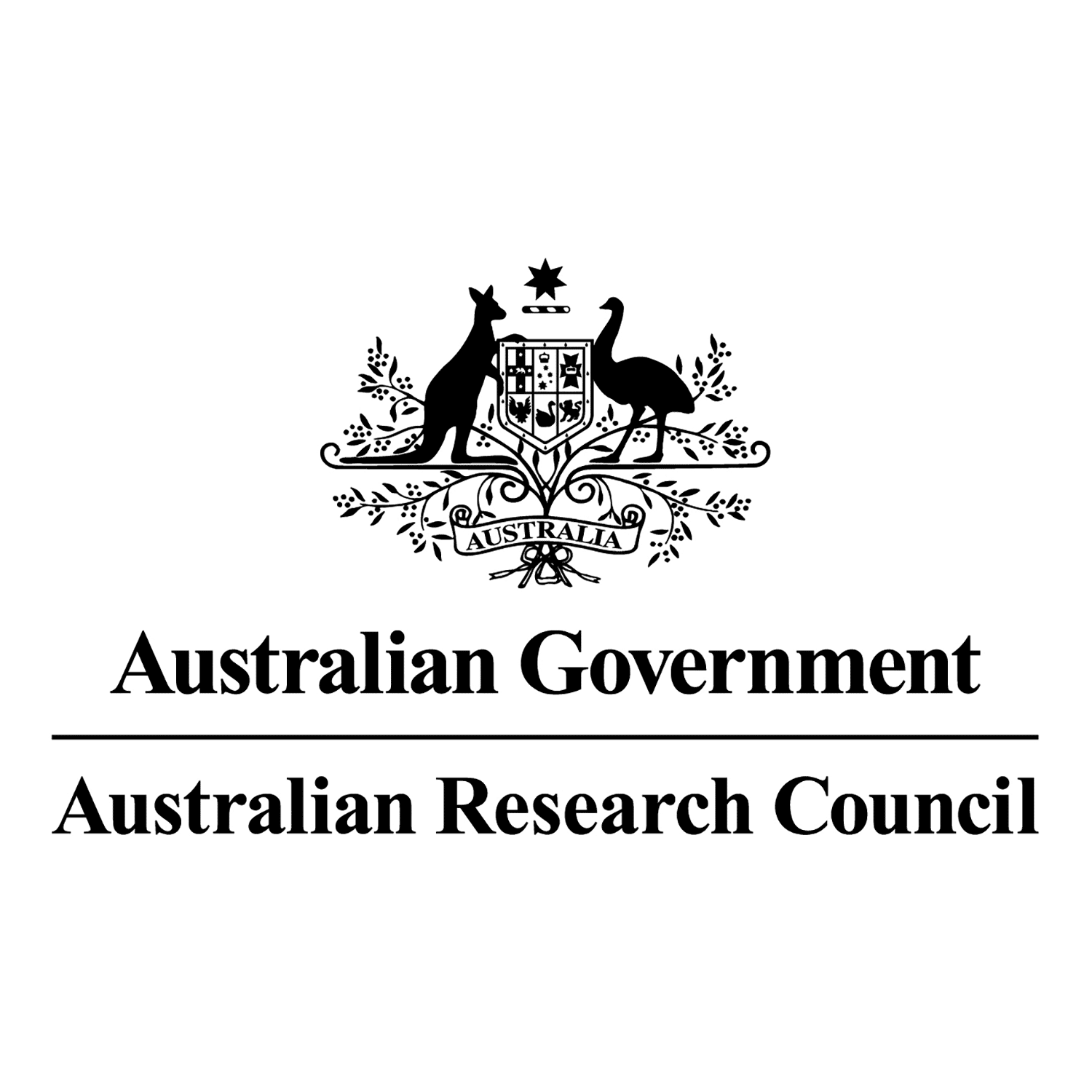