Dr Gabriella Edelstein is sleuthing her way through early modern plays to examine how censorship played an important part in playwriting. 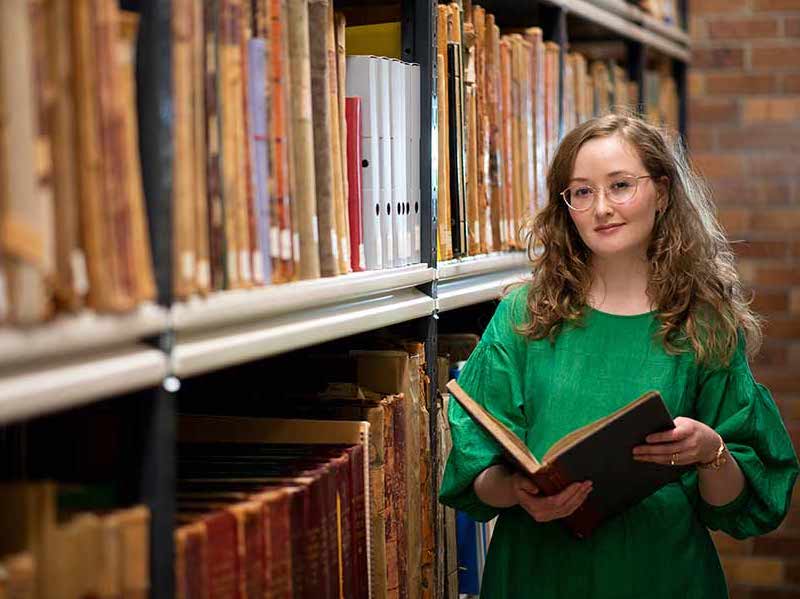 When we think about censorship in today’s world, we think about suppression of speech by controlling bodies and governments. Dr Gabriella Edelstein is battling this negative connotation of censorship through her research which reveals intriguing insights about how early modern playwrights worked with censors.

Gabriella was awarded the prestigious S. Ernest Sprott Fellowship in 2019, using the funds to spend four months in the British Library researching how the censoring of plays operated as a mode of collaborative writing and how censorship affected authorship.

Gabriella’s work focuses on the ways in which censors engaged creatively and collaboratively with playwrights, reworking expectations of how censorship operated and how plays were written.

“Censors and playwrights worked together in ways that totally upend our understanding of how both censorship and playwriting worked. We usually imagine playwriting happening without censorship, when in fact, censorship was a large part of the process,” she said.

One of Gabriella’s goals is to solve the challenge of how we approach playwriting as being produced by individuals rather than collaborative groups; but also supplant the twentieth century idea of censorship as only the state-sanctioned destruction of a text.

“I’d like to create a new approach to early modern plays that sees scribal and state censorship as inherent to the playwriting process,” she said.

“With our current understanding of how plays were written we imagine it to be a singular process, but in reality Shakespeare was writing with other playwrights, scribes, and the Master of the Revels.”

The Master of the Revels was the holder of a position within the royal court who was responsible for the censorship of plays, alongside organizing entertainment for the monarch. He would examine plays for blasphemy, representations of politics, and elements that were overly sexual or slanderous, such as a specific jokes about the royalty.

Gabriella said playwrights knew the Master of Revels and wrote for him as an audience.

“Manuscripts would go to the Master of Revels and then return to the playhouse with edits. The playwrights would then enter into a dialogue and engage with what the Master of the Revels was writing. It was a long process of censorship and rewriting.”

Through her research Gabriella has found that the censor didn’t want to simply eradicate text, but usually his rewriting of plays acknowledged what the playwrights wanted to do.

“There’s a treasure hunt feeling to this kind of research. I enjoy finding manuscripts that have been sitting in an archive and getting a sense of just how collaboratively they were written. When you’re able to see the handwriting of sometimes four different people you realise the extent to which playwriting was collaborative. It’s fascinating to see the messiness and creative energy of playwrighting in person and to be able to decipher who wrote what and show how early modern playwrighting works. I’m proud to be able to give voice to those historical literary agents.”

While researching in the Victoria and Albert Museum Library in London she found what she had hoped for.

“That scribes and censors are really interested in the writing process, they don’t just ‘cross things out’ but make their own meanings. And that playwrights and playing companies were not that resistant to this process.”

“Spending time in the V&A Library and the British Library was an amazing experience. To look at manuscripts that are 400 years old is an incredible portal into history.”

“Until you go and see the manuscripts you don’t understand the order in which collaboration and censorship happened.  By going through the old documents and analysing possible meanings, we begin to unravel the collaborative writing process and new meanings are created.”

Gabriella’s research is bringing to the fore different understandings of Renaissance writing and broadening out the idea of who can be a writer, and what is considered literary writing. It also has relevance in today’s world where mistaken interpretations and deflection of offensive meanings are littered through the media and politics.

“When I was doing my Masters I came across a play called Eastward Ho! that had a strange and fascinating story of how it was censored. The authors of the play claimed that they didn’t know why the king was offended by what they had written, as the meaning he took from the play was ‘not intended’ at all,” she said. Gabriella wrote a journal article about the play: Collaborating on Credit: Ben Jonson’s Authorship in Eastward Ho!.

“There isn’t a clear line between the intended meaning and non-intended meaning. This is interesting for us today as people say things all the time in the media for which they are criticised, but then they back peddle and say that was not what they intended to say.”

“Early modern people negotiated meaning in that sense too. When collaborating it gave them excuses for who created meaning and they could use this kind of rhetoric to deflect criticism onto their collaborators for creating the offensive text.”

Gabriella’s forthcoming book is about censorship and interpretive judgement and asks what meanings lie dormant in a play that we haven’t been able to see until this point.

“The book asks readers to re-read plays in relation to the way they were collaboratively censored. What new stories can we learn about these plays if we look at them through the creative agency of people who weren’t just the playwrights? How would we reconsider Shakespeare if we consider how he was probably censored?” she asks.

Dr Gabriella Edelstein is sleuthing her way through early modern plays to examine how censorship played an important part in playwriting.

Dr Gabriella Edelstein is a Lecturer in the School of Humanities and Social Science and the 2019 S. Ernest Sprott Fellow. She completed her PhD on early modern collaborative playwrights at the University of Sydney. Gabriella has two book chapters and an article in English Literary Renaissance forthcoming and is currently completing her monograph on the relationship between censorship and authorship. Her other research examines the Beaumont and Fletcher canon.

Funding body: The University of Melbourne 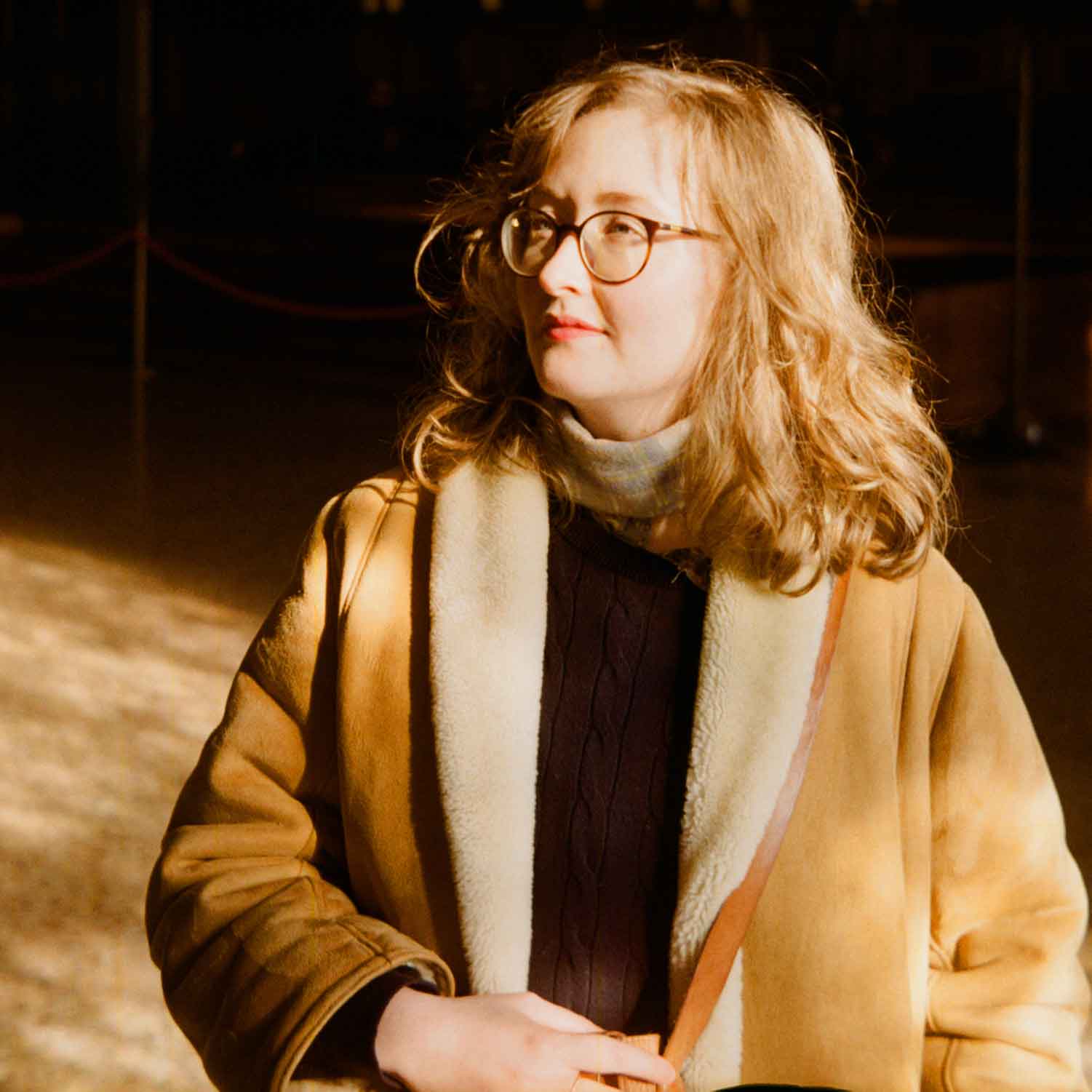