Team leader of the Language and Inclusion Research Network Dr Christo Moskovsky says understanding the importance of language competence in relation to social integration is the essence of the project.

Christo makes the point that while language is traditionally described as a communication system, there is a lot more to it than that. We do use language to interact socially, but also to express emotion, to acquire and convey complex knowledge and ideas, to perform a wide range of job-related operations, and the list can go on. Language is irrevocably linked to everything we do.

"Language is undeniably the most powerful and comprehensive cognitive tool that humans have at their disposal," Christo says. "Formal education would be completely unthinkable outside of language. There is absolutely no doubt that language is indispensable to practically all aspects of normal daily functioning."

Christo says that it is somewhat surprising, then, that "most people tend to take language for granted and generally fail to appreciate the immensely important roles that it plays in our lives".

"This is probably to a large extent due to the fact that language knowledge and use are typically unconscious and effortless. The critical importance of language becomes much clearer in situations in which a person is deprived, to one degree or another, of language ability.

"We find this situation in cases of language impairment such as aphasia. Those unfortunate enough to have suffered a language impairment, for example as a result of a stroke, know that very few experiences are as excruciating as being in possession of rich conceptual meaning, but lacking the lexical and/or grammatical structures necessary to encode this meaning into a linguistic message."

"In light of this, let's think of what happens when someone ends up living in a community with a different language. It stands to reason that unless such a person possesses, or manages to attain, a very high level of competence in the host community's language, their capacity for normal functioning would be severely compromised.

"In view of the fact that the vast majority of immigrants to this country come from non-English speaking backgrounds, this is a very important question."

And it is the reason behind the research.

"Our project is designed to consider the role that competence in English plays in relation to immigrants' capacity for social, cultural and professional integration into the Australian community.

"We intend to conduct a large-scale longitudinal study, and hope our research will add to the volume of knowledge in this field," Christo says.

The research team is made up of Christo, Dr Jean Harkins, Dr Alan Libert and Dr Silvia Ratcheva from Linguistics, Dr  S. A. Hamed Hosseini from Social Science, and Dr Stefania Paolini and Dr Mark Rubin from Psychology.

Christo – who came to Newcastle as a PhD student in linguistics from Bulgaria 20 years ago - has notable credentials in investigating the cognitive and psychological aspects of learning second languages.

Hamed has been researching the sociology of ethnic relations, addressing intercultural integration and socioeconomic inclusion of marginalised ethnic minorities.

Linguistic minorities have formed a large part of Alan's research, and Stefania's work concerns the psychology of social exclusion.

Silvia, who knew Christo when they were both students at Sofia University, specialises in the issues surrounding second language acquisition, and Mark has in recent times published work exploring the social integration of Australian immigrants.Jean teaches and publishes in intercultural communication. 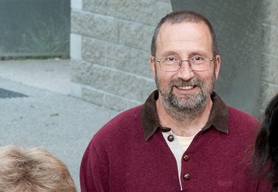 I completed a 5-year undergraduate degree in English Philology at Sofia University in 1985. The program covered a wide range of studies, such as English and American Literature, Linguistics (incl. general theory of language, as well as phonology, morphology, syntax, and semantics), translation and interpreting, language teaching methodology, ESL/EFL teacher training, etc. In my final semester of study I completed a research thesis, which was a comparative study of reflexives in English and Bulgarian. I did a research Masters in linguistics at Sofia University in 1988/89. My MA thesis dealt with issues of valency theory. In 1992 I came to Newcastle as a full scholarship student to do a PhD in linguistics. My research concerned the distribution and interpretation of referentially dependent elements in Bulgarian (such as reflexive and non-reflexive pronouns): it was based on the then very influential Government/Binding theory. In 1997 my dissertation on Binding in Bulgarian was accepted for the degree without any modifications. Following my graduation I worked for a couple of years as an Academic Skills lecturer at Newcastle University’s Learning & Development Program. I was offered a lectureship in linguistics at Newcastle in late 1998. Since then I have mostly been involved in the coordination and delivery of the postgraduate coursework programs in Applied Linguistics at Newcastle. In early 2011 I was appointed as the Faculty’s Assistant Dean International. I served in this role until the end of 2013.

Research Expertise
I have been involved in two complementary lines of research: 1) theoretical syntax 2) bilingualism, second language acquisition and second language development. Within theoretical syntax, I have been involved in the investigation of the distribution and interpretation of referentially dependent elements (such as pronouns) in Bulgarian. Some of my key publications are in this area, incl. my book published in 2002 by the European publisher Peter Lang (reviewed favourably in the Australian Journal of Linguistics in 2004), and my paper in the European based peer-reviewed journal Linguistics. The book constitutes a pioneering study of reflexive and pronominal binding in Bulgarian, with clear contributions for linguistic theory more generally. In the area of second language acquisition, I have been involved in several research projects investigating an array of highly significant issues, such as aspects of the language development of bilingual children, the interrelationship between bilingualism and cognitive ability, and the critical period for (second) language acquisition (with a focus on its implications for second language learning/teaching). More recently, I have undertaken a research project investigating second language FOSSILIZATION: an aspect of adult second language acquisition whose theoretical and practical importance is widely recognised in the literature. Over the past few years I have also been involved in collaborative research with my colleague Dr Alan Libert in the area of artificial languages. We already have a number of joint publications, incl. two monographs with Peter Lang.

Teaching Expertise
At the undergraduate level, I have been involved in teaching LING3110 Language & Mind and LING3120 Second Language Acquisition. Contemporary Second Language Acquisition deals with theoretical perspectives on the linguistic, psychological, and social factors which shape the process of learning a non-native language. LING3110 Language & Mind is also a highly theoretical course with a distinct multidisciplinary character: its main focus is on the relationship between language and thought, and its subject matter can be seen as a cross-section of linguistics, psycholinguistics and neurolinguistics. In 2009 I constructed and delivered for the first time a completely new course: LING3400 Issues of Bilingualism and Bilingual Education. I have also been involved in the delivery of courses in the Master of Applied Linguistics (MAL) Program. One of them is LING6030 Second Language Acquisition which involves a joint lecture together with the corresponding undergraduate LING3120, and an additional one hour per week discussion seminar. This course is a core requirement for the popular TESL/TEFL strand Master of Applied Linguistics. Within the MAL I also teach a 6000-level version of my Bilingualism course. I coordinate the two MAL research courses: LING6950 Research Preparation and LING6950 Research Project. Previously I have been involved in teaching of LING6040 Language Testing & Evaluation, LING6020 Structure of English, and LING6910 Foundations of Linguistics. All of the courses I teach are also provided online, via Blackboard.

Aspects of Second Language Fossilization in Adult Migrants in Australia$6,000

International Conference on New Directions in the Humanities, The Island of Rhodes, Greece 2-5 July, 2003$2,400

Grammatical tagging and syntactic analysis of a corpus of English as a Second Language$7,000

Conference on the Balkan Sprachbund Properties, The Netherlands 7-9 June 2001$1,736 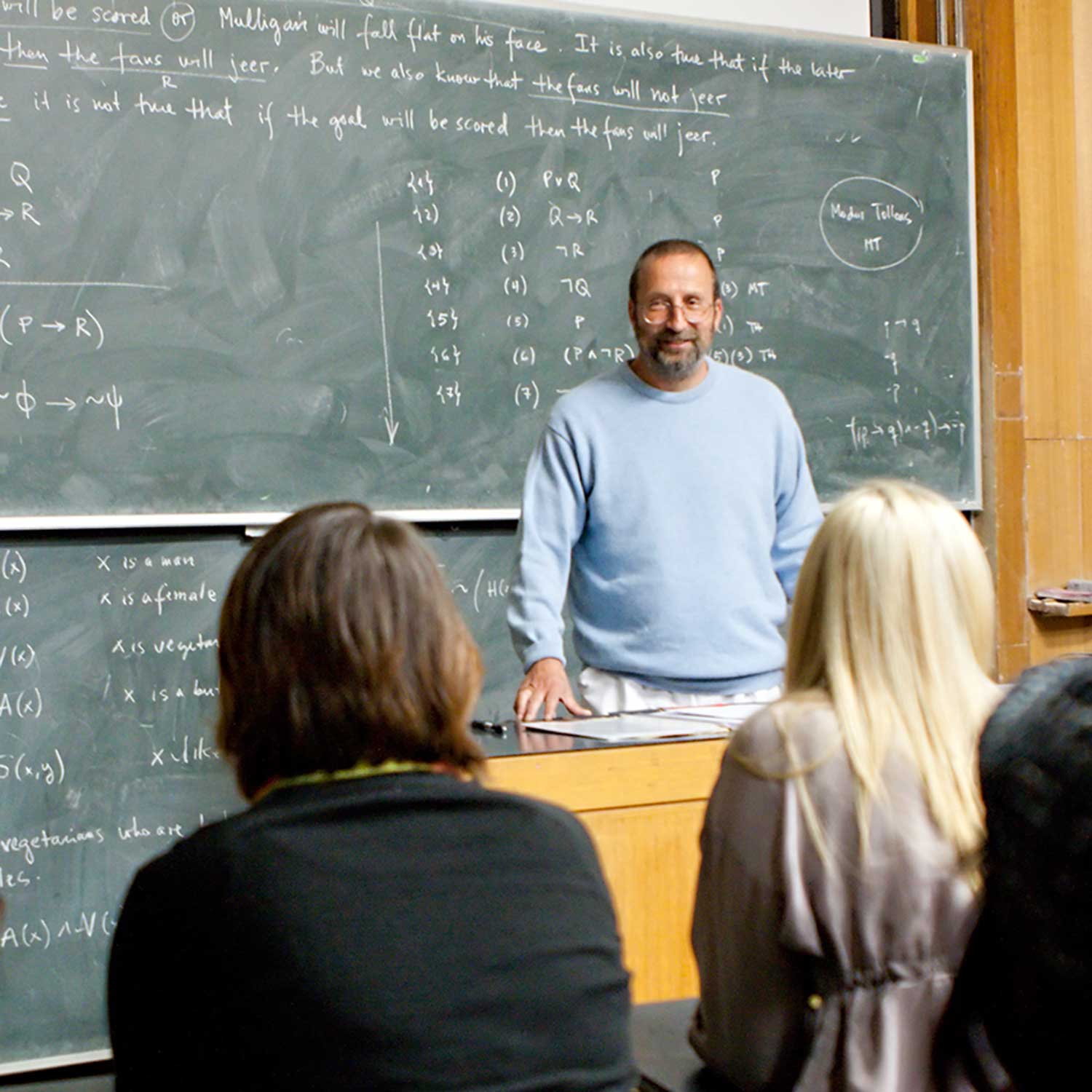 Recognised for Teaching and Learning Excellence at the University of Newcastle, Senior Lecturer Linguistics Christo Moskovsky shares his approach to education and what makes a great teacher.

Recognised for Teaching and Learning Excellence at the University of Newcastle, Senior Lecturer Linguistics Christo Moskovsky shares his approach to education and what makes a great teacher.