All hands on deck

A group of students have undertaken the trip of a lifetime, spending six weeks at sea in the name of scientific research.

For most people, the word ‘university’ brings up associations with exams, essays, and – if we’re honest – probably an O-week celebration or two. But a lucky crew of eight undergraduate students from the University of Newcastle’s College of Engineering, Science and Environment are really getting their feet wet. They’ve just returned from five weeks aboard the CSIRO research vessel, RV Investigator, as part of a research study involving student volunteers and researchers in collaboration with Sydney University, Geoscience Australia, and CSIRO. We spoke to the University of Newcastle’s Associate Professor Hannah Power, Alternate Chief Scientist for the voyage, and Dr Michael Kinsela, one of the Lead Principal Investigators, while they were on board.

“It’s a rare opportunity for undergraduate students,” Dr Kinsela said from the RV Investigator. “Even as academics, we might only come out here once a decade.”

Secrets of the sea

Our students teamed up with CSIRO and Geosciences Sydney Uni on the voyage of a lifetime, investigating the causes of submarine landslides that lead to tsunamis.

For Environmental Science and Management student Ruby Hammond, completing the voyage in her final year of undergraduate is “a once in a lifetime opportunity.” While the application process was highly competitive, Ruby said that after having studied during long lockdowns in which she was limited to reading about the natural environment from the confines of her desk, the chance to immerse herself in real-world learning was a no-brainer. The experience has “really opened my eyes to what it is like to be working in the lab, seven days a week, 12 hours a day,” she said. “Every day you wake up and breathe science, which really solidified that yes - this is the path I want to take in my life.” 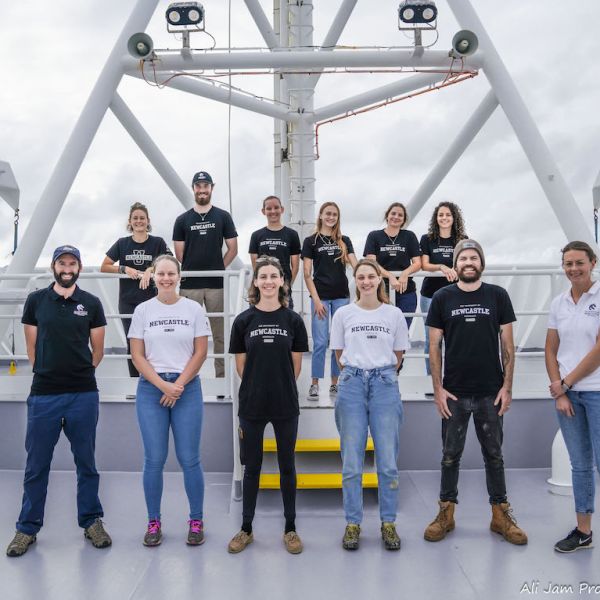 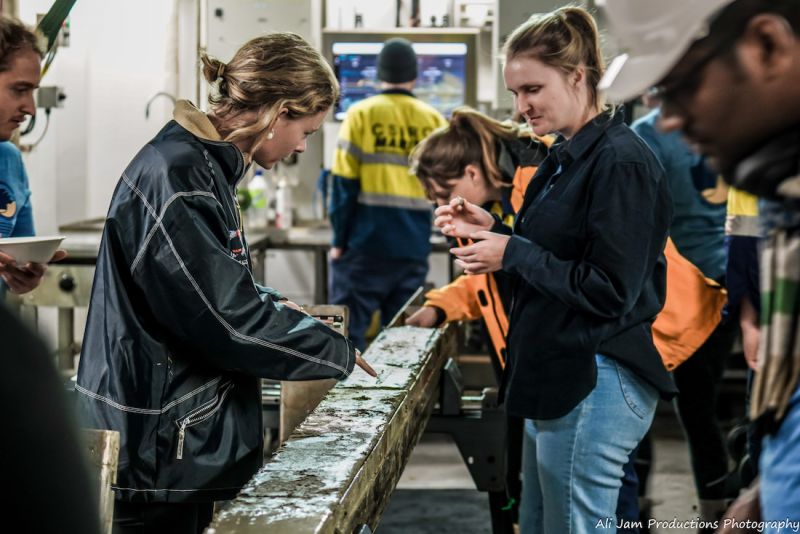 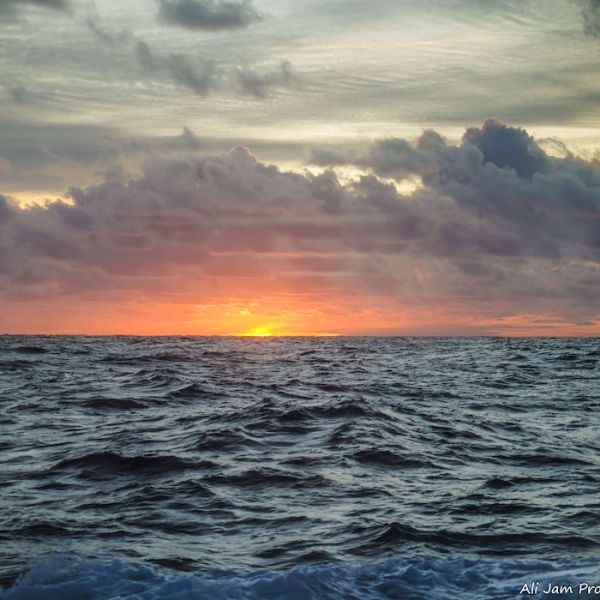 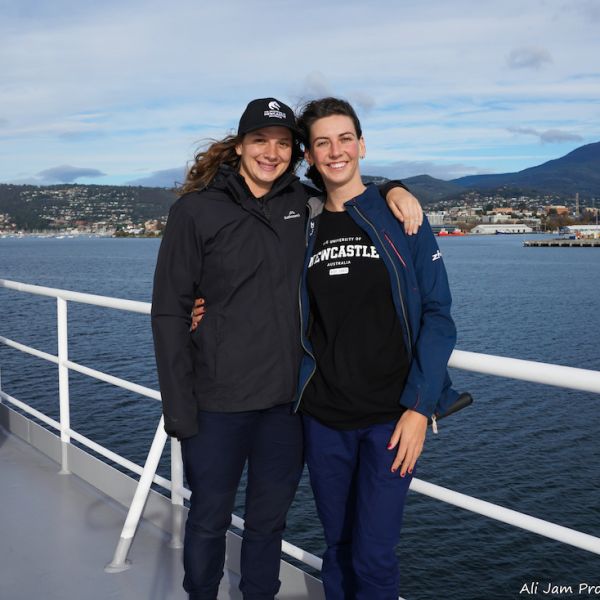 The voyage was an education of a different kind. “It takes a few days to adjust,” said Associate Professor Power, who had just come off a long night shift. “Whether you’re adjusting to the sea if you’re someone who gets seasick, or just adjusting to life on board, and shift work.” If you’re curious, night shift runs from 12 midnight to 12 midday – not too dissimilar to the sleeping patterns of many undergrads on dry land.

Each shift brought the offer of a truly spectacular vision. “We always make time for sunset and sunrise,” said third year Environmental Science and Management student Alicia Watt. “You get that scatter of light between the clouds and the ocean. The boat being a reflective white, everything just lights up in these golden, gorgeous colours,” with a 360 degree view unobscured by land or buildings.

The team undertook the specialised trip to examine the occurrence of underwater landslides, with the hope that they’ll be able to use the data gathered to aid in assessing tsunami hazards. For the students on board, Associate Professor Power said, “it’s an experience that you can’t really get in any other way. The kind of work that we’re doing out here, you really have to be able to come out and experience it to see if it’s something you want to do, and if it’s a career path that you want to follow. Without this time out here you don’t really have any idea of what it’s like.” The students really got their hands dirty (check out Associate Professor Power’s twitter feed for proof!), with hands-on experience conducting seafloor and subsurface mapping, as well as sampling using sediment corers and dredgers.

For students planning to undertake their Honours in the future, Associate Professor Power said, “this is a perfect opportunity for them to get to see how the data that they will work on in their Honours is collected… it’s really critical for them for understanding their projects, but more broadly it’s also really important for Australia as a nation because we’re training the next generation of marine scientists out here.” For a university located on the coastline, it’s fitting that University of Newcastle students will bring this important research back from the ocean’s depths, to be analysed on our shores. 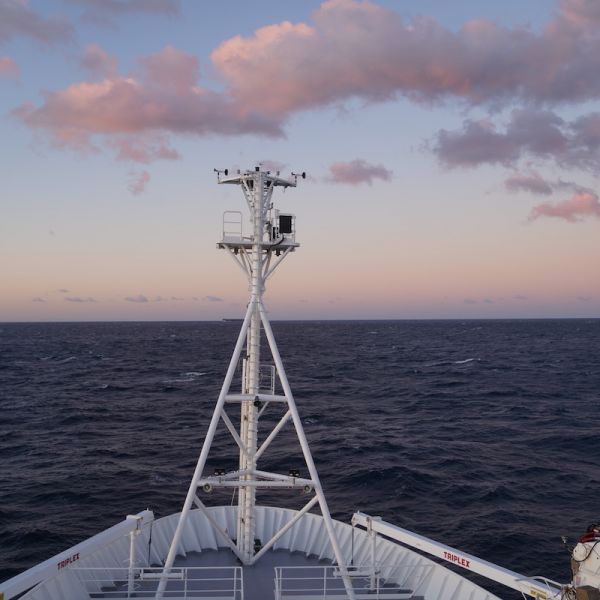 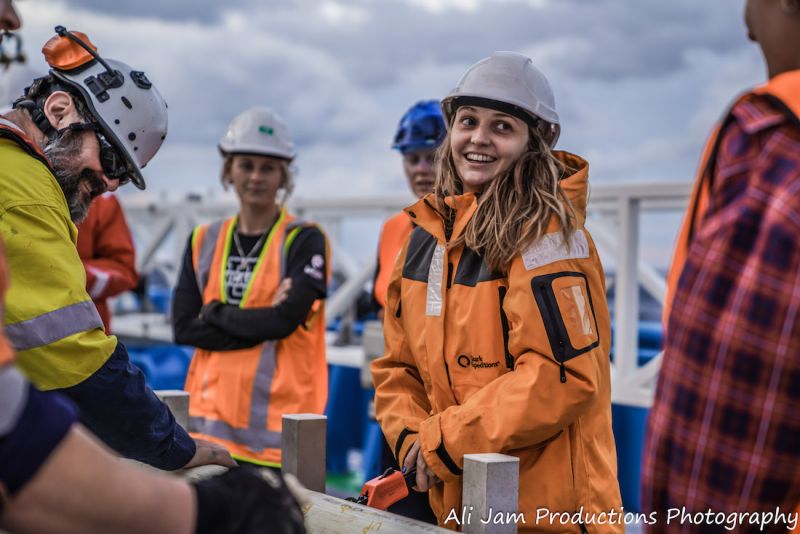 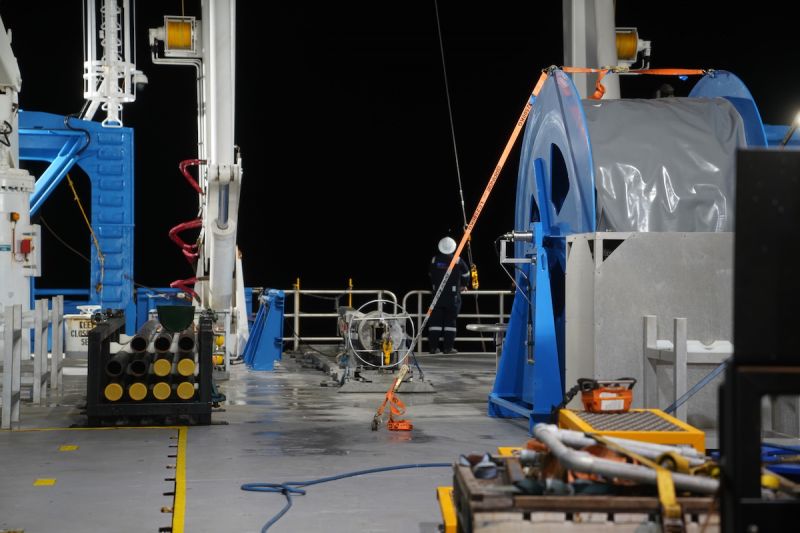 Ruby is one of those lucky future Honours students who will get to see this research in action, when she begins her Honours year in 2023. She said the voyage has “opened so many doors” – she’s already been offered a position as a research assistant with Dr Kinsela. “I feel a lot more mature, ready to go into the workforce, and a lot surer within myself,” she says.

Alicia agrees. “The networking and the career opportunities are insane,” she said. “On board I’ve been getting people suggesting that I apply for certain things, and a crew member offered to be a reference for me.”

While their findings will take a number of years to analyse, there have already been some exciting discoveries. “Most days are exciting out here, that’s for sure,” Dr Kinsela told us from the boat. “We’ve discovered some new underwater beaches off the coast of southern Queensland, which was quite spectacular.”

But the journey from Hobart to Brisbane wasn’t all work and no play. “We have more than a good amount of food,” Associate Professor Power said when we interviewed her towards the journey’s end. “There’s books and TVs and board games and movies. There’s a ping-pong tournament happening at the moment. A lot goes in to trying to make life at sea enjoyable and varied.” And if anyone starts to feel cooped up, “there’s a gym on board,” says Associate Professor Power, “so you can also go and run on the treadmill – but when it’s rough, it’s pretty challenging!” 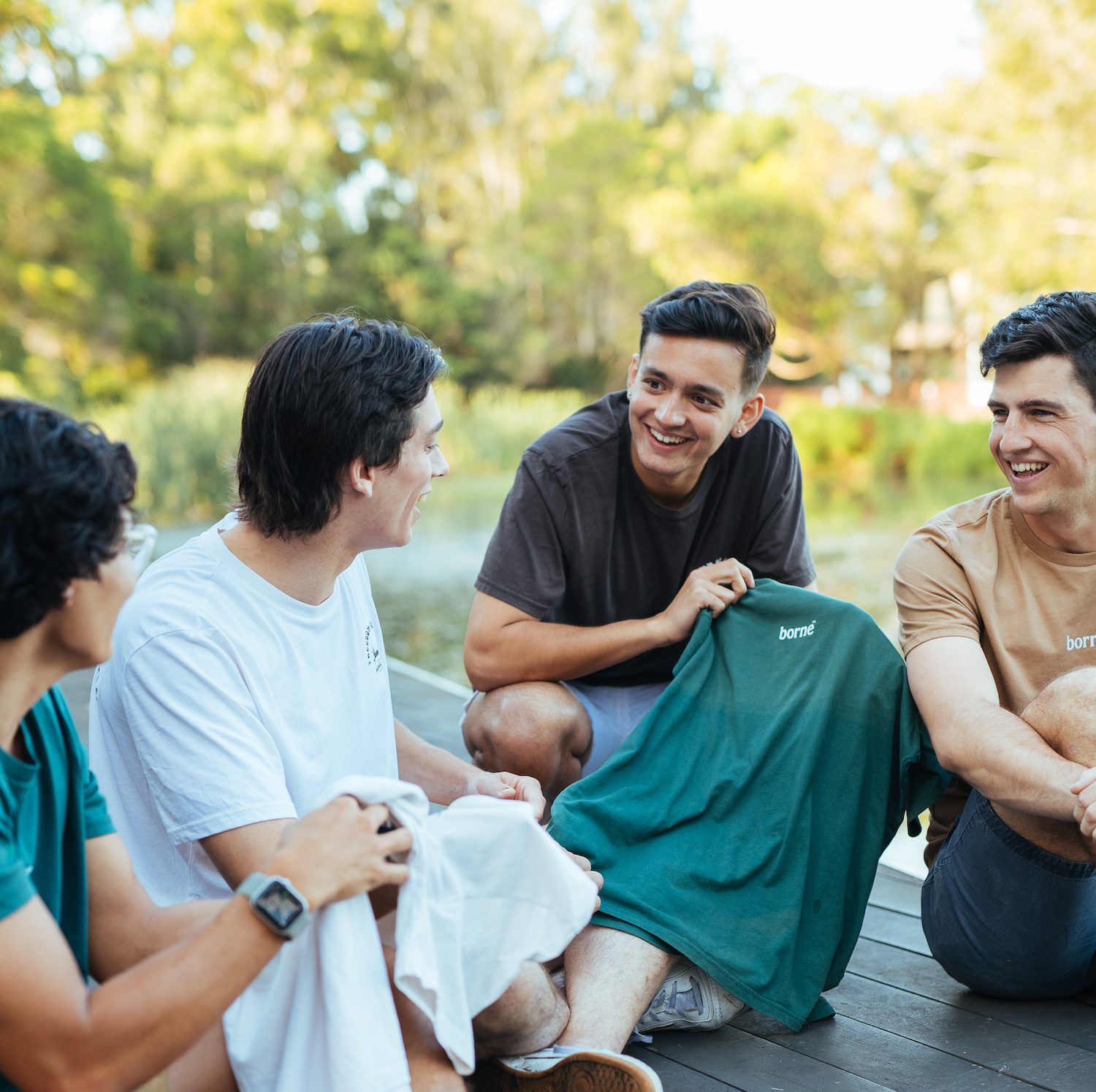 Mosquito mates: how clothing has stopped mozzies and started a movement

Student start-up Borne Clothing has developed a mosquito-repelling clothing line that is contributing to the fight against malaria. 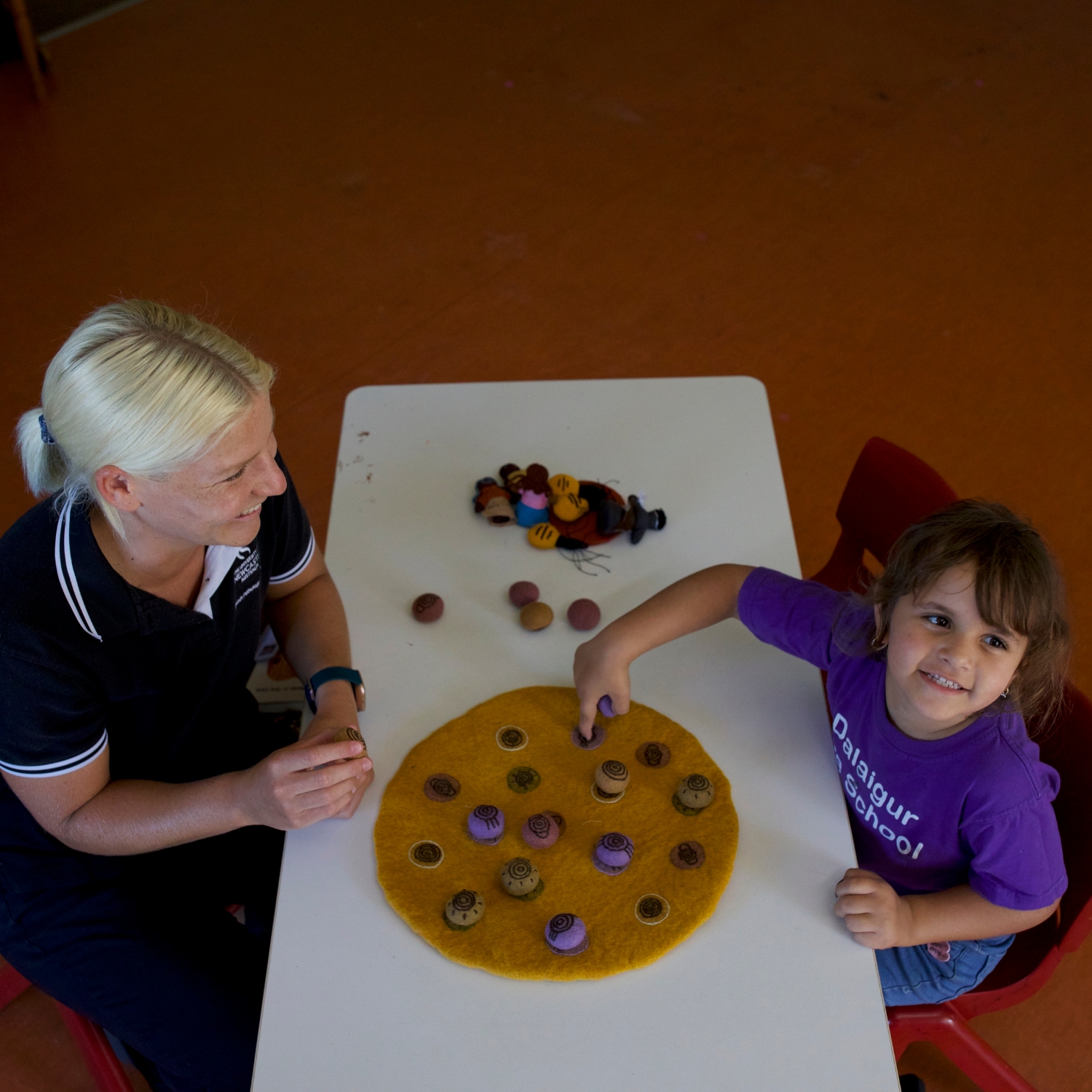 Speech pathology students are playing an important role in the establishment of a new community-centred program to improve outcomes for children in regional NSW. Deadly in the Water

How the story of the Irukandji carried Jasmine Miikika Craciun's talents from the rippling shores of Newcastle to the Olympic waves of Japan.

A broader challenge the trip tackled is the gender imbalance in the world of STEM. The University of Newcastle team on board the RV Investigator consisted of nine women and three men, representing some of the progress being made to improve gender equity in these fields. But, as Associate Professor Power said, “there’s still a long way to go in some of these marine industries, in terms of addressing the gender balance.” She’s leading by example, having been named as a 2021 Superstar of STEM, as well a previous recipient of a  University of Newcastle Women In Research Fellowship.

“A lot of the crew commented that it’s the most women they’ve ever had on a voyage,” student volunteer Ruby explained. “Other than the university students, there are only two other women on the boat.” But that looks set to change with people like Associate Professor Power in charge. “To see a woman going so far in science,” Ruby said - “she’s been a massive role model for me.”

As for their sea legs, most of the team found them, despite being unable to walk further than fifty metres at a time until they docked in Brisbane. But you might be surprised to hear what Dr Kinsela was most looking forward to about being back on the ground: “Being able to get in the ocean - instead of looking at it forty days straight!”

Despite the comforts of home, the team won’t forget this trip in a hurry. “This is a voyage that was years in the making,” Alicia said. “We are very, very blessed that it came along when it did, during our studies.”

And as for those tsunami hazards? The data is still being examined, but Associate Professor Power reassured us that “what we’re looking at is something that’s a very, very rare event. We estimate that tsunami generated by underwater landslides along the east Australian coast might occur sometime between once every 10,000 years to once every 50,000 years.” But preparation is key. The data gathered on this voyage will be used for years of analysis to come. And with an experience like this under their belts, there’s no doubt that University of Newcastle students are prepared for bright futures - our coastline is in good hands.

This collaborative research with Geosciences at University of Sydney was supported by a grant of sea time on RV Investigator from the CSIRO Marine National Facility.

A special thanks to Bachelor of Environmental Science and Management student Alicia Watt (Ali Jam Productions) for on-board filming and photography at sea.

Bachelor of Environmental Science and Management

There's a place for you at the University of Newcastle