The planet’s most useful poo?

Deep beneath the sea's briny surface lies a funny little critter whose digestive pyrotechnics are so immense that they are literally reshaping the ocean floor.

With the average person spending 92 days on the toilet over their lifetime (let’s be honest – arguably a lot longer for some…), it’s no surprise that many of us have a fascination with what goes on in the ‘john’.

The same interest often extends to our friends in the animal kingdom.

For example, did you know that the world’s most expensive coffee – kopi luwak – is made from partially digested beans defecated by a small mammal called a palm civet? Or that a blue whale can excrete up to 200 litres in one go? Not to mention the long-standing mystery behind wombats’ cube-shaped poo…

Fascinating, right? Well, whilst many of us might think that what we do in the loo is something to be proud of, it’s hard for anyone to claim their BMs (bowel movements for those playing at home) are benefitting the planet.

Deep beneath the sea's briny surface lies a funny little critter whose digestive pyrotechnics are so immense that they are literally reshaping the ocean floor. In fact, new research has revealed their excrement equates 60,000 tonnes of sediment – that’s the mass of five Eiffel Towers – each year on just ONE reef. Better yet, it’s of benefit to us all!

Whilst you’d be forgiven for mistaking this curious specimen for a turd itself, the unsung hero of whom we speak is the humble sea cucumber.

Sea cucumbers (of which the collective noun is hilariously a ‘pickle’) are closely related to sea urchins and spend their lives eating sediment, digesting the micro-organisms present, and pooping out ‘clean’ sediment, just like earthworms.

Whilst the same volume of poop from another species might turn our oceans into a literal cesspool, this process in sea cucumbers (called bioturbation) has the opposite effect – playing an important role in maintaining coral reefs by aerating the sea floor, providing ‘fresh’ sediment, and releasing calcium carbonate into the water as a by-product to help support coral growth and keep our oceans healthy for those up the food chain. 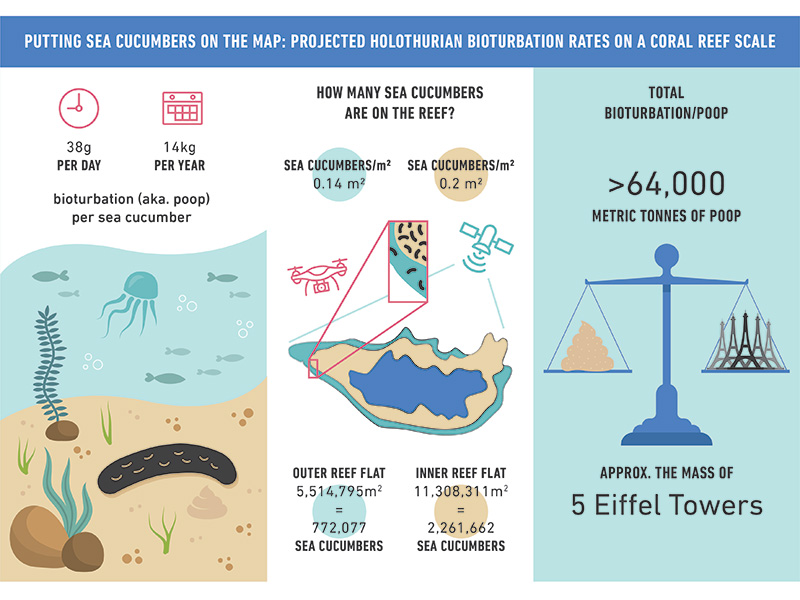 ‘But how do they know this?’, I hear you desperately asking yourself. Well, sit tight dear reader.

Sea cucumbers (of which the collective noun is hilariously a ‘pickle’) are closely related to sea urchins and spend their lives eating sediment, digesting the micro-organisms present, and pooping out ‘clean’ sediment, just like earthworms.

Researchers employed the use of drones to map Heron Island – a coral cay off the coast of Queensland in Australia. Bypassing the onerous process of diving to manually count specimens, they mapped the reef from air to gauge an idea of the size of said ‘pickle’.

In parallel, the team ran experiments in aquarium facilities to determine how much sediment was passed by individual sea cucumbers on a daily basis. By combining this information, they calculated the hefty amount of poop produced by sea cucumbers every year. And my-oh-my, what a result it was.

‘Thank goodness for the sea turds’, I can hear you exclaim, ‘At least something out there is pooping for the greater good and not just to get some alone time in the bathroom.’

Well yes… and no.

Their deliciously tender bodies mean sea cucumbers are a delicacy and attract a high value in Asian markets, which has encouraged global overfishing. In fact, sea cucumbers are now threatened from commercial fisheries, with seven species endangered and nine in a vulnerable category.

‘But without sea cucumbers our reefs could be without the Nemos and Dorys of the underwater world!’, you gasp.

Well, now you know. So, tell as many people as you can just how important these misunderstood little ocean logs are to our planet.

And next time you’re on the toot, or waiting for it to become vacant, imagine just how annoying it would be to have a sea cucumber for a roommate. 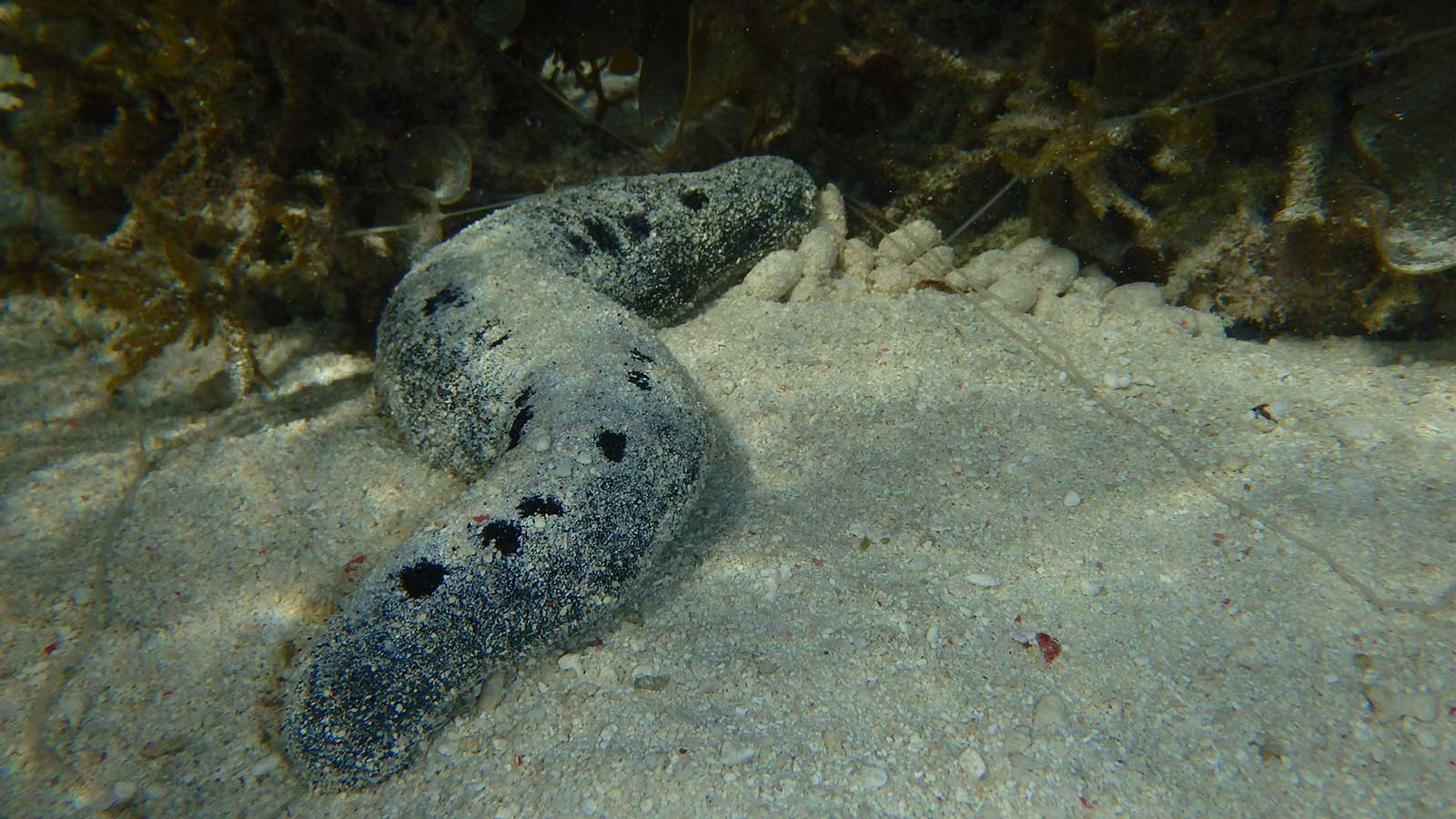 about the secret habits of ocean critters

Study a Bachelor of Coastal and Marine Science